Sony is something of a troubled beast these days, what with rootkits and overpriced and over-delayed gaming consoles, but one can’t deny that it still knows something about design. These days a 19in 4:3 monitor has to really offer something different to attract our attention and the SDM-E96D certainly falls into that category, primarily due to its eye catching design. What’s more, at only £173 is sounds like a bargain. However, I soon found myself questioning a design ethic that appears to have been based entirely around Post-It notes. Let me explain.


From the press bumph that accompanied this screen Sony engineers noticed that, “even in this electronic age”, people often stick Post-Its to their screens. Therefore, instead of a conventional screen that is raised off the ground with a stand, the E96D has a flat area underneath the lower bezel that reaches right to the bottom of the desk. Thanks to Sony’s great vision, users who previously struggled to find a place for their Post-It notes are now happily able to stick away to their heart’s content. Some might find this revolutionary but for me, more than anything it shows that companies should not be letting Sony engineers with clipboards walk around their offices. 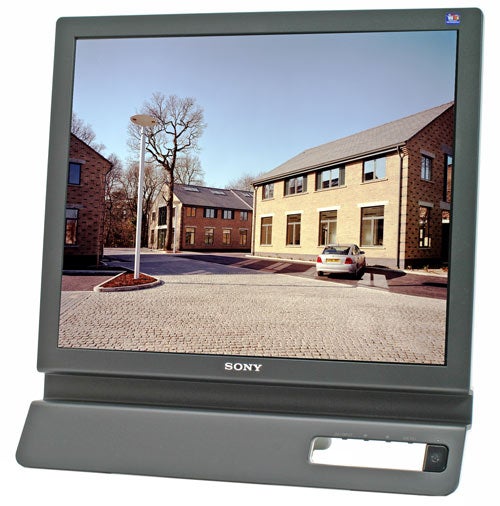 Obviously, if you’re the type that uses Post-Its, you’re also the type that always needs Biros but probably can never find one to hand. Once again, Sony and the E96D comes to the rescue, thanks to a lip underneath the bezel where one can put pens.


At the bottom right there’s an oblong gap with rounded edges with a large power button on the right hand side. This gap looks as though there should be a sliding door to cover it but there isn’t – it’s just an opening to enable you to get to the OSD controls, which in keeping with the sleek look of the monitor are deliberately hidden from view.


What it quite clever is that the whole screen rests on a spring loaded support, which means that you can push it forwards and back very easily with one hand. As it rests completely on the desk it inherently means that there’s no height adjustment, but the tilting means that you find the optimal viewing angle, though only if you’re sitting directly in front of it. 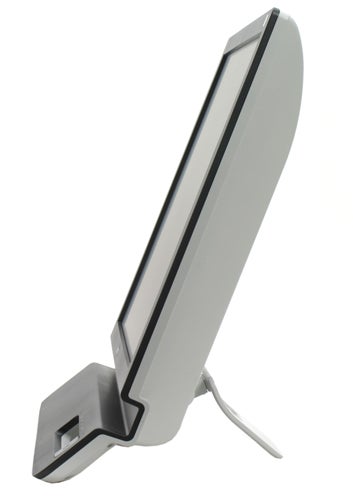 With all this space saving and ideas it’s perhaps surprising the Sony hasn’t integrated any speakers into the display. Round the back you’ll find a DVI and a D-sub connector and that’s it.


Design wise then the Sony is interesting, but what of the actual image quality. Considering the price one can’t ask for too much and the specs reflect that. The native resolution is a standard 1,280 x 1,024 and the number of colours supported is 16.2 million, which reveals that this is only a 6-bit panel, rather than an 8-bit, which would offer 16.7 million colours. The result is fewer levels of colour gradations , which affects how images look on screen.

The screen uses Twisted Nematic (TN) technology, which is the most affordable. A key issue with TN technology are the viewing angles. Stand above the Sony and all the whites shift into a purple mess and things aren’t much better when moving from side to side. You have to be right in front of the screen to see the screen properly. This makes it harder to share information, though in a busy office with sensitive data on screen this could be a benefit.


The response time is given as a healthy 8ms, which is what you’d expect from a 6-bit panel. Among the OSD controls you can run the backlight right down to zero, choose between colour temperatures or just use sRGB. Brightness and contrast are fixed in this mode. 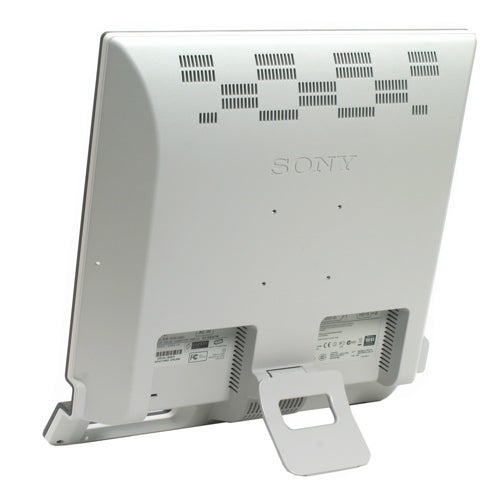 Brightness is indeed one of the shortcomings of this monitor. The immediate impression of the screen after plugging it in and marvelling at the expanse of Post-It note and pen shelf areas are that the image is dull and uninspiring. Icons in Windows are not particularly sharp and the edges of letters while typing in Word seemed to have a ghostly border.


Firing up our Display Mate tests, and the results weren’t pretty. The 64-step greyscale test revealed patches of green tinges across the screen, while the 256 Intensity Level Ramp displayed severe banding in the green band. The full red screen also appeared quite pale. This then isn’t an ideal monitor for photo editing.


Movie watching revealed the same issues. The images were undoubtedly smooth thanks to the 8ms response time but colours look remarkably subdued, with the greens from the forest in Crouching Tiger, Hidden Dragon looking lifeless and dull. Gaming proved to be equally underwhelming.


The Sony’s forte then should be general office use, such as word processing and web browsing. However, here the lack of sharpness means that it doesn’t do well here either. The screen looked as if it had a problem with the alignment, with severe colour fringing that text on a white background really highlights. 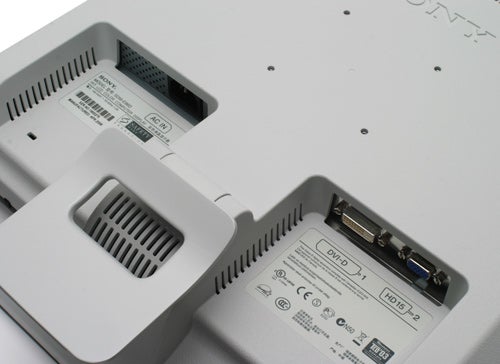 The screen is useable but considering its problems its £173 asking price doesn’t really seem like the bargain it did initially.


The only types I can see going for this is someone who wants to fill their office with Sony branded screens but doesn’t want to spend a lot of money, someone that’s taken with the design, or anyone who really, really needs somewhere to put their Post-Its.


The Sony SDM-E96D sleek design gives it a very different look, but a close examination of the screen reveals its bargain basement origins. If you’re not bothered about image quality and just need a Sony logo on your desk then it’s a goer, but otherwise it’s a case of style over substance.