The RX10 III is the third iteration of Sony’s unusual premium bridge camera. It was announced not too long after the Sony RX10 II, but rather than being a replacement, it’s said that both models will exist at the same time, giving a couple of choices to consumers who are in the market for this type of camera.

It features a 1-inch sensor, just like other RX10 models, but the most interesting development is the addition of a 25x optical zoom, which gives you an equivalent of 24-600mm. When you compare that with the 8.3x zoom (24-200mm equivalent) of the RX10 II then it’s a much more flexible option.

There are a few other interesting features, including 4K video recording, a tilting screen, built-in viewfinder and an electronic shutter.

So what’s the catch? Well, the price. It’s by far and away the most expensive bridge camera on the market, being available for a cool £1,250. It’s a lot of money, make no mistake – but if you want to look at it another way, the equivalent focal length lens for your DSLR would cost a heck of a lot more. 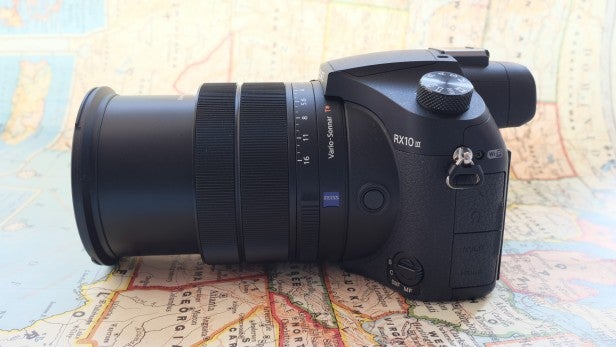 Although Sony has kept the same look and feel for the new model, there had to be an increase in size thanks to the extra focal length of the lens. Therefore, the camera is the same kind of shape and size as a mid-range DSLR with a lens attached – this is not something you can place in a small bag and forget about.

The equivalent DSLR kit would require a huge backpack (at the least), so it’s still a lot more travel-friendly than something like that. Some will also be attracted by a large chunky design, as it gives the impression of a “proper camera”. The grip itself is very comfortable to hold, and even includes an indent to help your finger sit flush.

The RX10 III is a dream for those who like to customise exactly how they use their cameras. There’s an array of buttons which can have different functions assigned to them, depending on how you want to work. The same can be said for the function menu, which is accessed via its own button on the back of the screen – the menu that pops up here can be switched around and reworked, giving you the option of removing (or adding) whichever functions you like. 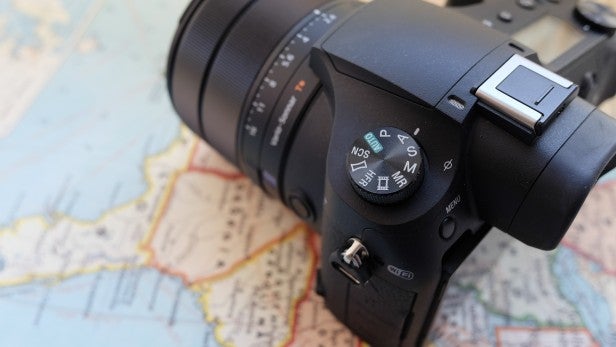 The lens will appeal to traditionalist photographers, as it has three rings around it to control different settings. There’s an aperture ring, a focusing ring, and a ring which you can use to zoom the lens in and out, although if you prefer, you can use a switch around the shutter release button to activate the zoom. The aperture ring clicks when you adjust it, again something which will be enjoyed by traditional photographers, but it can also be switched off if you need quiet while video recording.

On the top of the camera there are further buttons and dials, which include a mode dial for choosing the exposure mode, as well as an exposure-compensation dial. There’s also a small LCD screen that displays the settings you’ve chosen without you having to look at the back screen, which is handy for tripod work.

Sony has once again resisted adding a touch-sensitive screen to this model. To set autofocus an point, you need to use buttons – first of all you press the central button, then use the directional keys to move to the point that you want to use. You can also set the size of the AF point by using the scrolling dial. 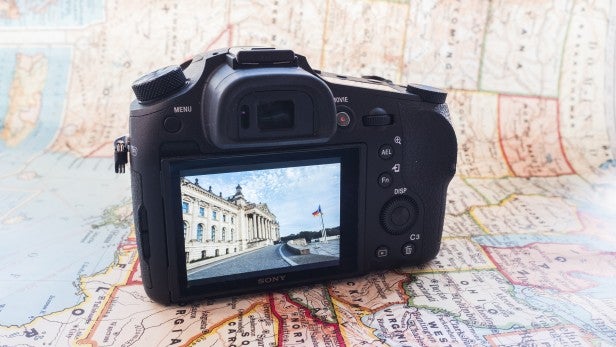 The eye viewfinder on the RX10 III is large, bright and clear, and certainly one of the best viewfinders – if not the best – that you’ll find on a bridge camera today. If you like using eye viewfinders, this one should appeal and not just as a back-up when bright sunlight nixes your use of the screen.

The screen is also a good performer. It can be pulled out from the body of the camera and has a tilting arm which allows for composition from some awkward angles, including from above or from below. This isn’t particularly helpful if you’re composing portrait-format images, but it’s still more useful than a fixed screen.