What is the Sony Lens Camera QX10?

The Sony QX10 is the lower spec of two new ‘lens cameras’ just launched by Sony. A very new concept in the camera world, the QX10 clips onto your smartphone and connects via Wi-Fi to boost its photography capabilities. 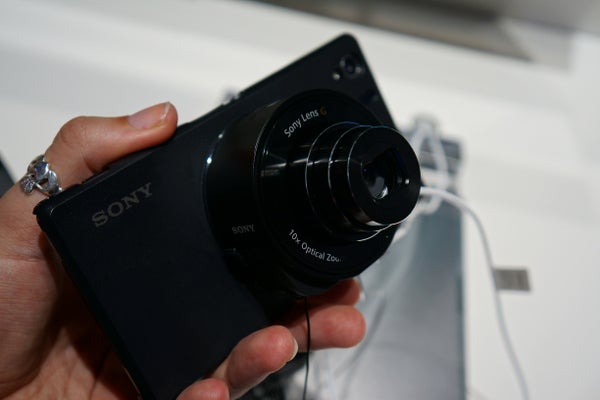 The QX10 looks like someone’s taken a hack saw to a compact camera. The standalone lens attaches to the majority of smartphones via two rubberised feet. It’s not just a lens, though – it also has a sensor, processor and its own battery.

The rubbery grip slides out to accommodate phones up to 75mm wide and 13mm thick. It’s easy to fit. You just slide on and shoot.

Of course, the Sony QX10 is currently only compatible with Android and iOS smartphones, so Windows Phone and BlackBerry handsets will have to miss out for now. The PlayMemories app required is only available on Android or iOS devices at present, and other apps just won’t do.

The Sony QX10 and your smartphone communicate via Wi-Fi Direct, establishing a dedicated wireless connection between the two devices. Footage seen by the Lens Camera is then streamed straight to your smartphone, although all the processing grunt is actually carried out by the QX10.

A microSD card needs to be inserted into the Lens Camera to store photos and it also has its own battery, which is a necessity seeing as it doesn’t actually physically connect to your smartphone.

The battery level and a memory card indicator are shown on a dinky screen on the side of both Lens Cameras, on the opposite side to the slide zoom. 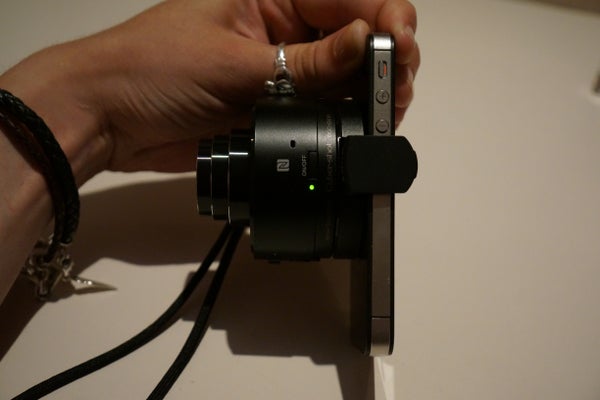 Using the Sony QX10 when attached to your smartphone certainly feels a little strange at first, but as the QX10 is smaller and lighter than the QX100 it makes the experience a little less front-end heavy.

We used it with a Sony Xperia Z1 at the launch, but it had a special Lens Camera case fitted to it, making it fit more securely to the phone. Sony’s likely to only produce these for Xperia phones.

We then tried it with an iPhone 4S the bundle does feel very weighty – no surprise as you’re adding around 105g to any smartphone with the QX10.

Although the quality of the lens is sound, not all of the Lens Camera is metal, including the feet that are plastic at the end. Hopefully these won’t break over time, but of course that could only be tested during a long review period.

Despite its plastic parts, the QX10 feels solid and sturdy. It comes with a wrist strap too, so you can feel a little more secure when using it if you feel the need. 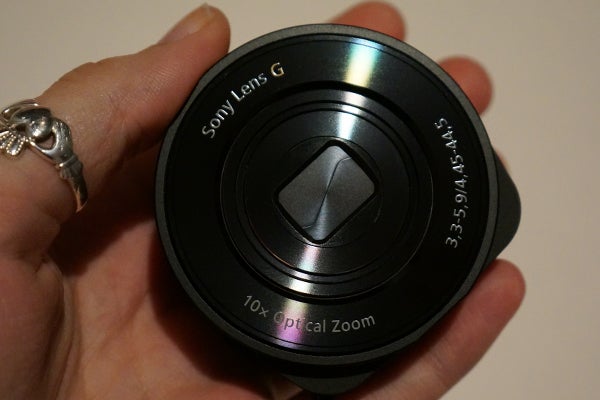 When you’ve attached the QX10, all of the phone’s functions are controlled using the PlayMemories app.

The interface is very easy to use. It offers the usual camera functions via the touchscreen of the smartphone, but currently the features on the app are very limited. You can choose from Superior Auto, Intelligent Auto and Program Auto, but the modes are limited to photo or video.

There’s no panorama, HDR or creative modes to choose from – a feature that the Instagram lovers will miss. Photographs are all saved to the smartphone’s own photo gallery though, so these effects can be added afterwards if required. It’s a shame that Sony hasn’t included some of these in the app, although they may come with a future update.

The app does feel a little lacking at present, especially when compared to something like the Samsung Galaxy Camera or Galaxy S4 Zoom, which both offer a range of photography apps to use.

The 10x super zoom can be accessed via the slider on the side of the lens, or using the smartphone’s touchscreen.

You don’t have to have the lens attached to your phone all the time either, as it can operate separately using the smartphone as a remote. It has a dedicated shutter button on it, but you’ll need the phone to see what you’re actually taking a picture of. The QX10 has a screw tripod mount on the bottom as well. 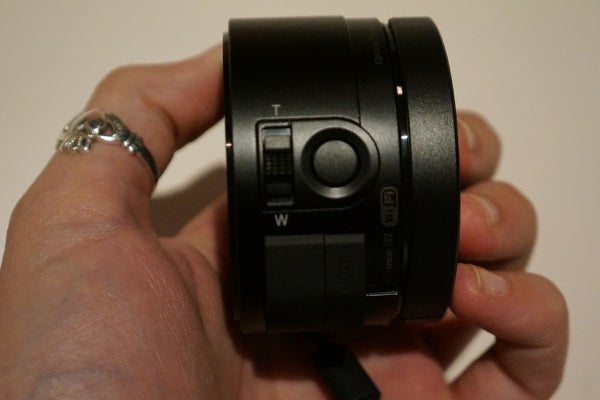 Although the pricier QX100 has a lens and sensor akin to the Sony RX100, the QX10 has very similar specs to the flagship Sony Xperia Z1, although the smartphone does boast two additional megapixels. It’s a dedicated compact-grade sensor.

The Sony QX10 has a 18.2-megapixel 1/2.3 type Exmor R CMOS sensor and Sony G Lens, with an aperture range of f3.3 – f5.9. It has SteadyShot image stabilisation too, a feature missing from the majority of smartphone cameras.

Taking a quick look at the photographs it produced, the QX10 seems to offer high-quality photographs, offering a triple shot when unable to focus at first. It seems to clean up images that may look a little unclear when processing, but this adds a little lag to the time it takes to make a shot. 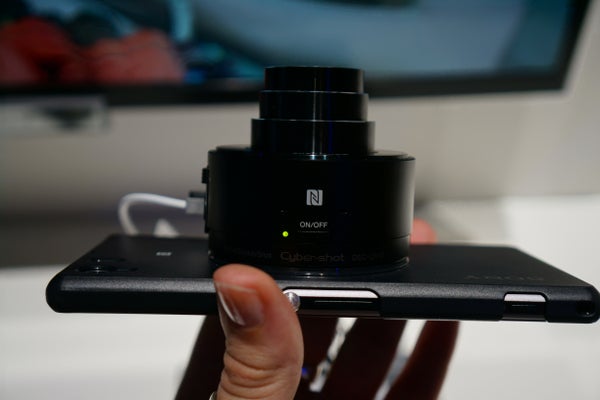 To take a second shot, you have to choose whether to share the original photo, which is an unnecessary in-app step that also slows it down. There doesn’t seem to be a way to view your photographs in-app either.

We’ll be able to investigate photo quality further in our full review and how long processing takes as well. Look out for the full review soon.

The Sony QX10 is a quirky photography smartphone accessory that has specs to suggest it will offer fantastic photos. Whether we can get round the odd design and added weight to our phone, we’ll have to let you know in the full review.