This innocuous-looking record player has one thing that makes it stand out from the vinyl-spinning crowd – a Hi-Res Audio logo. Yes, the Sony PS-HX500 will take your vinyl and feed the tunes to your computer to be saved as glorious high-resolution files. So very 2016.

That trick aside, this is a surprisingly normal plug-and-play turntable. It’s belt-driven, comes pre-fitted with a moving-magnet cartridge, and has a built-in, overridable phono stage. 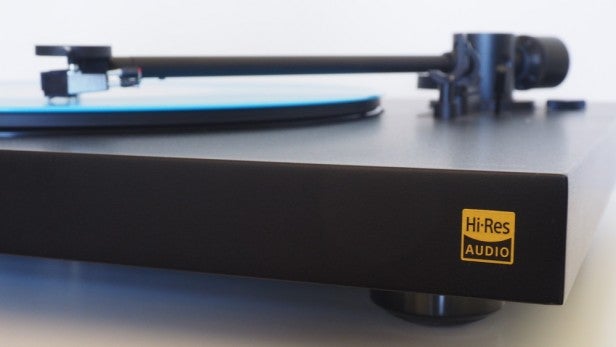 The PS-HX500 is completely black and minimalist in its design. If it were an album, it would be Spinal Tap’s “Smell The Glove”. If it were a spaceship, it would be Disaster Area’s stunt ship from Hitchhiker’s Guide To The Galaxy. Only that Hi-Res Audio logo on the front of the plinth breaks up the monotony – and that can be peeled off, if you’re not a fan.

The MDF plinth has a vinyl coating with a matte-black finish that follows through to the tonearm. Even the plastic on the cartridge and the heatshrink tubing on the cartridge tags are black.

On the front left of the plinth sit the combined speed control and on/standby switch. It too is black, obviously. The pre-production model we saw at CES in January didn’t have the On option, which has presumably been added so you can power up the phono stage to warm up the electronics without the need to spin the motor. It’s a nice touch for serious hi-fi geeks. 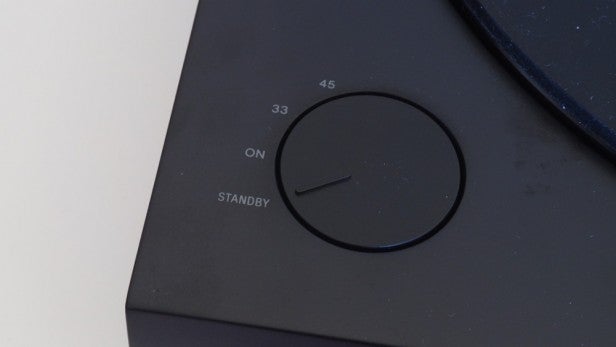 The platter barely protrudes from the recess on the top of the plinth, and it’s an insubstantial die-cast aluminium item. Sony has supplied a 5mm-thick rubber mat to help reduce ringing and to add some mass.

The tonearm is an all-new design that looks pretty decent. It features a distinctively shaped integrated headshell with a chunky finger lift, and a base with anti-skate, and an arm lift is built-in. The chunky bearing housing almost makes it look like a unipivot model.

Pre-aligned on the arm is what looks suspiciously like an unbranded Audio-Technica AT-91 cartridge, which is a budget moving-magnet model with a conical tip. They can be picked up for less than £20. It’s a fun-sounding, musical cartridge and variants of it can be found on entry-level turntables such as the Flexson VinylPlay and Rega RP1. 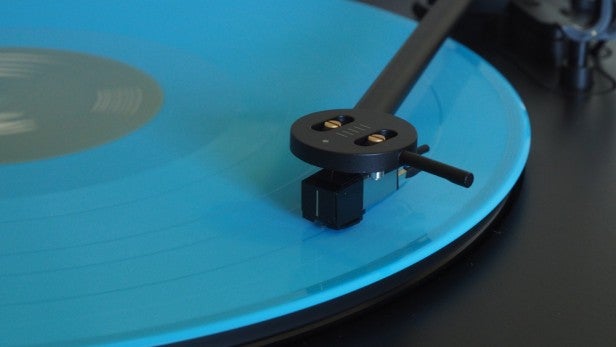 Under the back edge of the plinth is where you’ll find the little box of electronics, housing the phono stage and analogue-to-digital converter. It has a power socket, RCA phono connectors, a ground terminal, and a USB port.

There’s also a line/phono output switch, which means you can either use the built-in phono stage to plug the HX500 directly into any line input – such as that on a Bluetooth speaker or most hi-fi systems – or you can bypass the phono stage and plug it into a dedicated phono pre-amp that’s connected to your hi-fi; the audiophile option. It’s another nice touch that leaves the door open for later upgrades.

The whole shebang sits on four chunky, rubber-bottomed feet, and a lid is supplied too. The lid’s hinges slot into brackets on the back of the plinth, so you can use the PS-HX500 lid-free without it looking messy. Also in the box is a 45rpm record adapter. 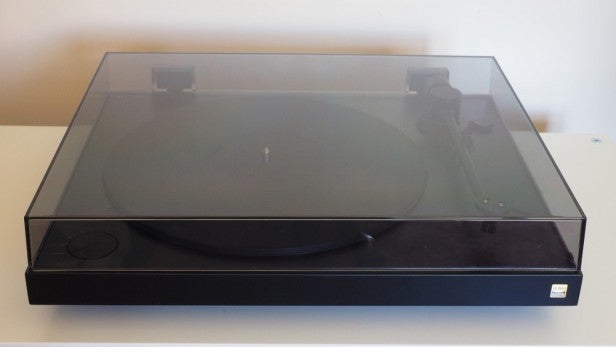 Setting up the PS-HX500 is relatively simple. One you’ve placed the platter onto the spindle, stretched the drive belt around the motor pulley, and dropped the thick rubber mat on top, it’s time to set the anti-skate and the tracking force for the cartridge. Sadly, no VTF gauge is supplied, but there’s a scale around the counterweight to help get the tracking force roughly correct.

I started out using the built-in phono stage, plugging straight into a line input on my amplifier.

The sound quality is pretty good – musical and fun, with a wide soundstage – but it lacks a little in detail. It sounds very similar in most regards to the far cheaper Flexson VinylPlay, which carries almost the same cartridge. Disappointingly, the Sony sounds a little thinner, and lacks warmth.

Switching to an external phone pre-amp – the superb Leema Acoustics Elements Ultra – revealed that it was the Sony’s internal phono stage that was holding it back. The Leema helped it to sound warmer and also added a subtlety that isn’t seen in the Flexson.

It’s a shame that the built-in phono stage proves to be a hindrance, but at least the option is there to upgrade; this isn’t an option in the Rega-built Flexson.

Using the PS-HX500 is a joy, however. The finger lift is a decent size, it all feels solid, and the speed-switching dial is great when you’re swapping between 33s and 45s. 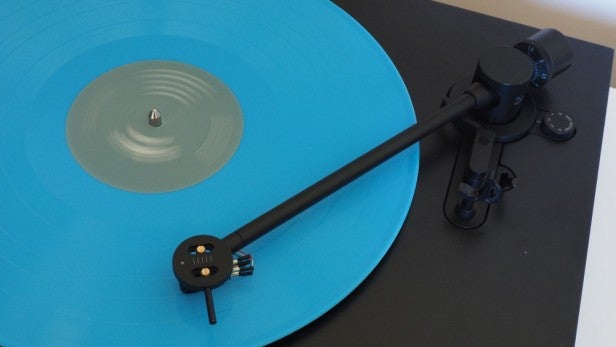 Having downloaded Sony’s Hi-Res Audio Recorder software, I tried plugging the PS-HX500 into my Mac (PCs are also supported) and making some hi-res files from vinyl.

The software provides two options here: you can either import in Sony’s own DSD format, or as 24-bit WAV files. Both file types are supported by Sony’s line of Hi-Res Audio Walkmans.

The software’s interface really is wonderfully intuitive. Compared to Audacity, for example, it’s just so much simpler and slicker – it doesn’t feel like you need to be a professional sound engineer to achieve a decent recording. It’s still no fun manually splitting out and naming every track, but it’s been made as friendly a process as possible.

As for recording quality, I honestly couldn’t hear a huge difference between 24-bit/192kHz recordings from the PS-HX500 and 16-bit/192kHz recordings from the Flexson VinylPlay captured through Audacity. Perhaps with a cartridge capable of digging extra resolution from the record grooves, the higher resolution of the Sony’s recordings would impress more. And since there isn’t that magical jump in quality, I do wonder how many people will bother going through the process of recording more than a handful of treasured records. 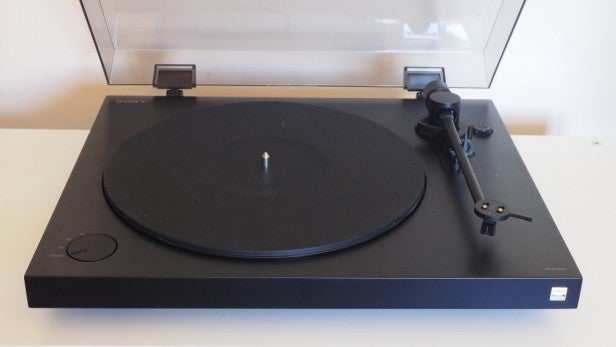 If you’re buying the Sony PS-HX500 purely to play records then there are better buys at this price. But, of course, that’s because a portion of the money has gone towards that clever hi-res analogue-to-digital “electrickery”. Sadly, it feels a little wasted, since the PS-HX500 fails to dig out quite enough detail from vinyl to warrant making hi-res recordings from it.

That said, this is still a classy turntable. But if you can live without the simple speed changing and don’t mind the lower-res recordings, the Flexson VinylPlay represents much better value – it’s a whopping £200 cheaper – and actually sounds better from a purely plug-and-play perspective.

A neat turntable, but one that doesn’t quite reach its potential.