What is the Sony PRS-T3?

The Sony PRS-T3 is an ebook reader with a 6-inch screen – the same size as the Amazon Kindle Paperwhite. One of its main selling points is an inbuilt cover, meaning you don’t have to fork out for a separate one. However, it misses out on what has become an essential feature in a top-end ebook reader – a light. At £100 this means the PRS-T3 misses out on our recommendation. 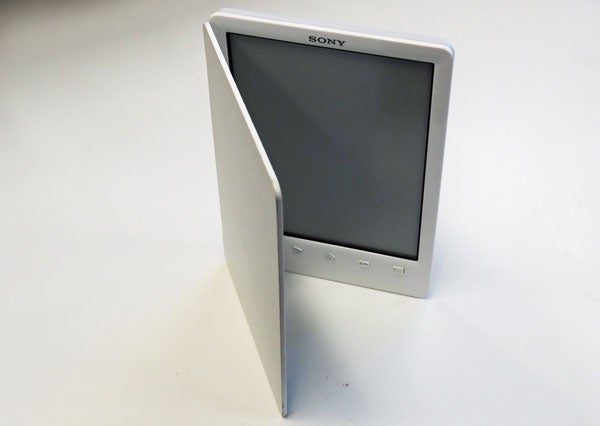 One of the Sony PRS-T3’s top features is how light it is. With the cover it weighs 198g, where the Kindle Paperwhite with official leather cover weighs over 350g. It’s also smaller than the Kindle, being roughly 1cm shorter.

It’s thinner than almost all other ebook readers with a case attached too, and having the flappy front goes some way to excusing the fairly high £100 price of the PRS-T3.

The Sony PRS-T3’s body is all-plastic, which helps keep weight down, but the cover flap is a pretty good impression of leather. This cover doesn’t really protect the back of the ebook reader, but it can be prised off and – in theory – replaced. However, we’re yet to find a place that sells the cover flaps separately, outside of eBay. From eBay, though, you can also get more rugged covers.

Such a light ebook reader feels great in the hand when closed, and the flap is kept in place when not in use thanks to magnets in the cover. However, it’s nowhere near as good as the Kindle cover ergonomically.

That’s because you have to ‘deal’ with the flap while reading. It doesn’t have a single resting place when open, so you either have to hold it under your palm while reading or leave it flailing loose, spoiling the weight distribution. Offering a flap-free back cover that gives those who only plan to use the PRS-T3 at home would have been a nice extra.

Cover aside, however, the Sony PRS-T3 is very easy to use. It has a touchscreen, and a quintet of front buttons that couldn’t be more clearly labelled. As we said of the Sony PRS-T2, they’re a bit ‘child’s toy’ in their look, but should do the trick for any extreme technophobes who find the Paperwhite’s all-touch interface a bit hard to handle.

As with previous Sony Reader devices, you charge the internal battery using the same microUSB port used by the vast majority of phones. It’s a 1000mAh battery that offers up to two months of use. That’s around the same stamina as a Kindle Paperwhite, which has a larger 1470mAh battery – but the PRS-T3 gets by because it has no inbuilt light to power. 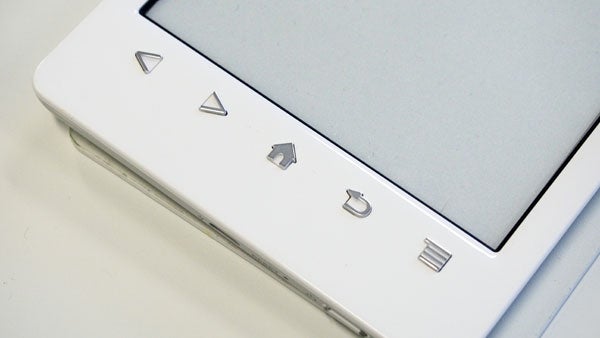 The lack of a front light is easily the most serious problem of the Sony PRS-T3. All its £100-ish rivals now feature such a light – the Kindle Paperwhite, the Kobo Aura and the cheaper Nook with GlowLight being the top three.

It’s a serious omission that means you can’t read in bed without a decent bedside lamp, unless you buy the official case with integrated light. As with previous Reader generations, this is a case that has an arm up top that holds a separate light. It feels antiquated next to the front-lit screens of rivals, and costs an extra £30.

The Sony PRS-T3 also falls behind a tiny bit with its E-ink screen. Where the Paperwhite has a Carta-generation E-ink panel, the T3 uses the former Pearl generation. This is still used by some other current eReaders such as the Kobo Aura, but its whites aren’t quite as white as Carta’s. They’re pretty grey. 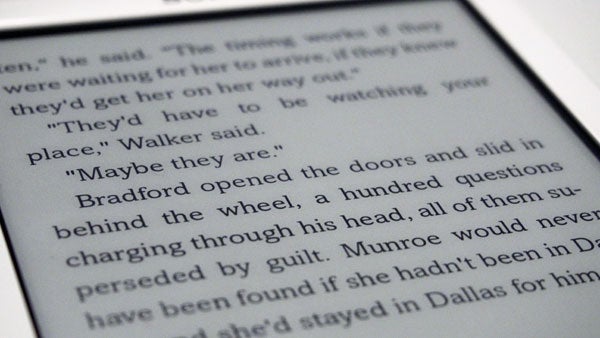 Contrast is still fairly good, though, and the 1,024 x 768 E-ink pixel resolution is enough to make text look sharp. With good ambient lighting, the Sony PRS-T3 display is a pleasure to read off.

There’s absolutely nothing to shout about screen-wise here, though, where the Kobo Aura – which is level with the PRS-T3 in terms of basic specs – has a fully flat screen to crow about.

Still, it’s only the light that we really miss here.

The core interface of the PRS-T3 is extremely easy to use – even more so than the Kindle. Having the physical buttons to call upon means hardly any information needs to be relayed on-screen. We can’t imagine many people having trouble with this interface.

Most of the screen is taken up by your current and recent reads, and there are just three shortcuts at the bottom of the screen – your library, the Reader store and the apps list.

There are several appy extras to the PRS-T3, including a web browser, a memo pad and sync’ing with Facebook and Evernote. None of these are major additions. 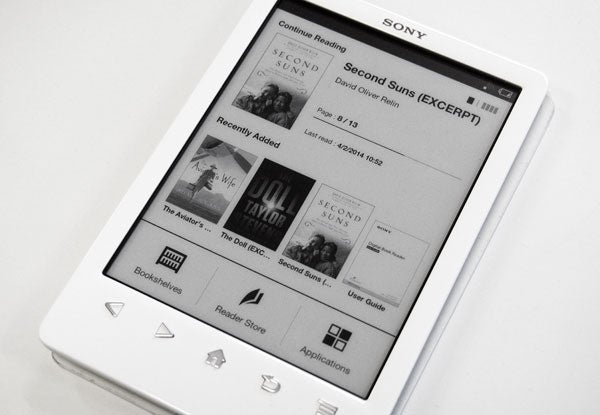 The public library lending support is worth considering, though. As it supports protected EPUB files, the Sony PRS-T3 can get on-board with the lending scheme from public libraries in the UK. It’s free, and Sony has its own portal to help you get around how the system works.

For all its attempts to make the Sony PRS-T3 easy to use, though, its book buying and lending infrastructure is nowhere near as friendly as Amazon’s. Finding, buying and borrowing books is easier with a Kindle, not least because you can do so directly from the Amazon site on your computer or phone. The slow refresh rates of E-ink screens mean an ebook reader is never going to be the quickest way to find your next read. And here there’s a degree of faff when syncing books from a computer.

However, the Reader Store does – like the interface – looks quite good
these days. It’s clear, it’s intuitive and in part it apes the design of
Amazon’s own book pages. Sony has done its best, but these days its
Reader ebook department doesn’t have the muscle to create as rich a
digital environment as Amazon. 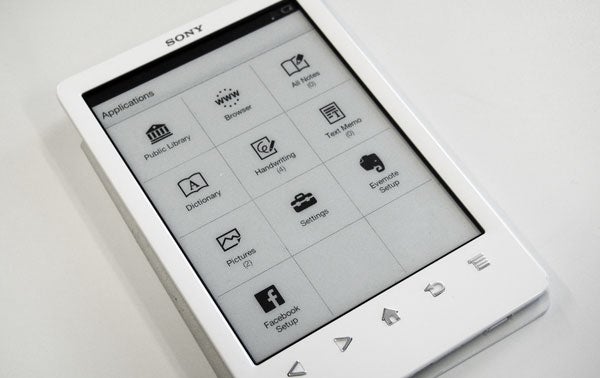 Should I buy the Sony PRS-T3?

The Sony PRS-T3 would look great as an ebook reader released a couple of years ago. It’s small, it’s light, and it has an extremely easy-to-understand interface.

However, that Sony’s Readers continue to leave out a front light is baffling. It has long been an essential feature in any ebook reader that wants to sell for £100, and means we can’t give the PRS-T3 a full recommendation.

The Sony PRS-T3 is a good-looking, small and light ebook reader. However, it doesn’t have a front light like most of its rivals at the price and we find the Kindle Store easier to use than Sony’s Reader store.

Check out our round-up of the best ebook readers