As a fairly stylised gadget, you may be surprised to see quite how simple and unpretentious the interface is. Around 80 per cent of the home screen is taken up by your latest books, with just a short nav bar at the bottom housing your bookshelf, the Reader Store and the Applications shortcut.

This is home to the Sony PRS-T2’s small array of extra features. There’s a web browser, a handwriting app (Sony includes a basic pen stylus) and both Facebook and Evernote access. There is also a Public Library section, where you can access any ebooks you’ve borrowed from library ebook rental programmes. No Kindle will let you read these books, as Amazon’s eReaders do not support the EPUB format used. The Sony PRS-T2 does. 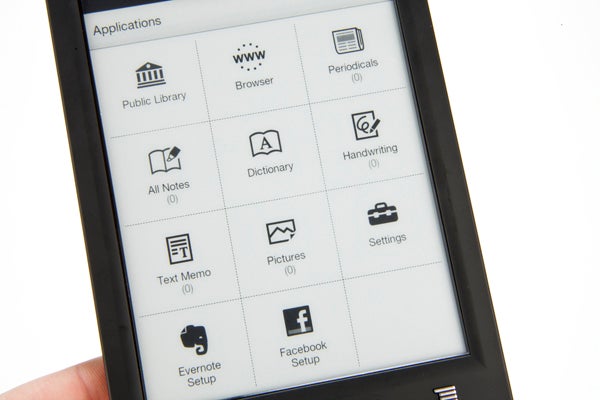 The applications menu is also where you’ll find the Evernote and Facebook setup options, which let you post from a book directly to these services.

The Sony PRS-T2’s system is based on Android, but you’d never guess from the look of the software. It’s the Android link that helps to give the reader such flexible zooming, but without hacking the device you get none of the app or games potential of an Android phone. We don’t miss it though, as advanced apps and games on an E-ink screen wouldn’t be much use, or much fun. Similarly, there’s no media player and no headphone jack, but these are not features that are really needed when almost all eReader buyers will own a phone or MP3 player. 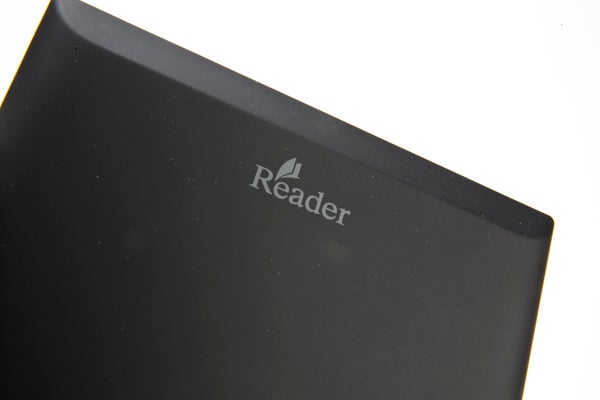 The Sony PRS-T2 uses the Reader Store as its book portal, a Sony book store that uses Adobe Digital Editions DRM to stay secure. You can access this store directly from the ereader using integrated Wi-Fi, but it’s not as streamlined or easy to use as Amazon’s Kindle Store. It also features fewer low-cost books. 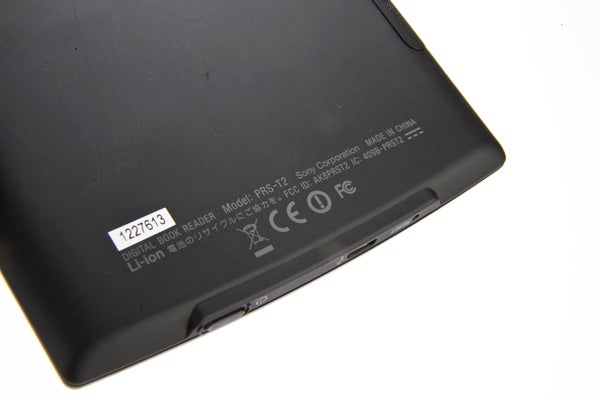 Sony makes it easy to transfer your own books to the PRS-T2, though. On the bottom of the ereader is a microUSB port used to charge battery, but plug it into a computer and you’re given access to the 2GB internal memory. Alternatively, you can plug-in a microSD memory card. There’s a rubberised flap on one edge that protects this slot. File support is fairly limited, but the staples of EPUB, PDF and TXT are here. MOBI and PRC are not, though, and you may need to convert your existing ebook collection. There are online services and applications that will let you do this quickly enough, though. 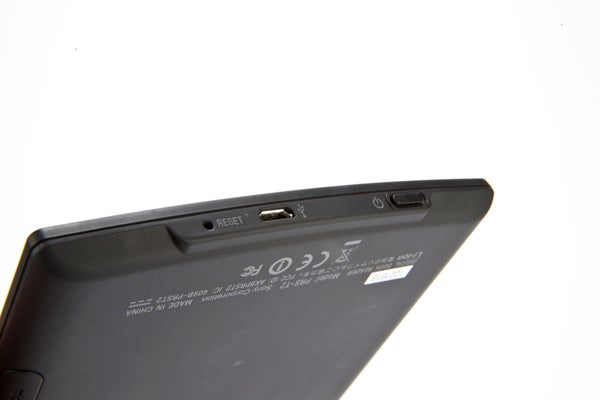 Set to reading for a half-hour a day, the Sony PRS-T2 will last for a couple of months per charge. This places it in-line with the Kindle Paperwhite, rather than the lower-cost Kindle.

If the Sony PRS-T2 was released alongside the Kindle Touch, it would have seemed like decent value. However, rivals now offer glow lights that substantially increase their flexibility. This latest Sony hasn’t made a generational shift in the same way; it is just a tweak of the last Sony PRS-T1. It’s stuck in the past, and therefore doesn’t offer great value. But it’s far from a bad ereader, if you find it at a bargain price. 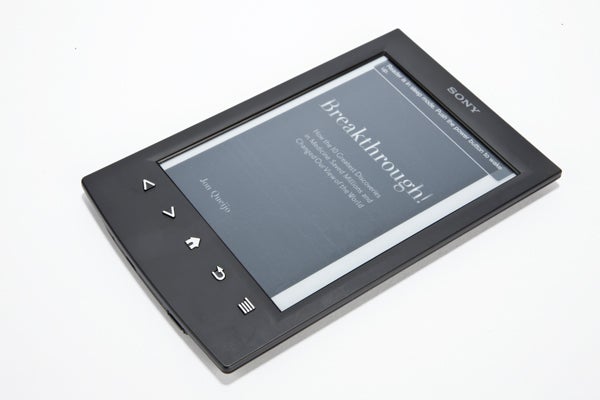 The Sony PRS-T2 is a solid ebook ereader, but doesn’t match-up to the newest models from Amazon or Kobo. Without a high-resolution screen or integrated light, it feels like a last-generation model. As it doesn’t sell at a remotely cut price, this ereader is only worth considering for those who really care about PDF viewing, which it is adept at.