Sony is one of the longtest-standing ebook reader makers. Over the years, it has offered something a little different from the Amazon Kindles and other lesser-known rivals. However, the latest Sony PRS-T2 sees Sony fall behind the pack, failing to offer the integrated light that Kobo, Barnes & Noble and Amazon have all implemented. It should rule-out the ereader for a great many more casual buyers, but the Sony PRS-T2 still has significant advantages for some.

The Sony Reader range of ebook readers has offered a more stark, serious and stylish look than most of its rivals since the series began in 2006. It’s a style that’s half intact in the Sony PRS-T2.

It is matt black, with sharper lines than most, but the first impression the Sony PRS-T2 creates is quite different, thanks to the oversized plastic nav buttons towards the bottom of its front. As these wouldn’t look too out of place on a child’s toy, this is a design decision we just don’t get. This is something you get used to within a couple of days, though. 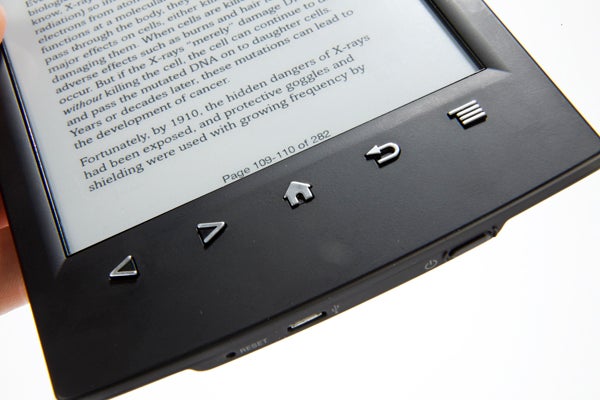 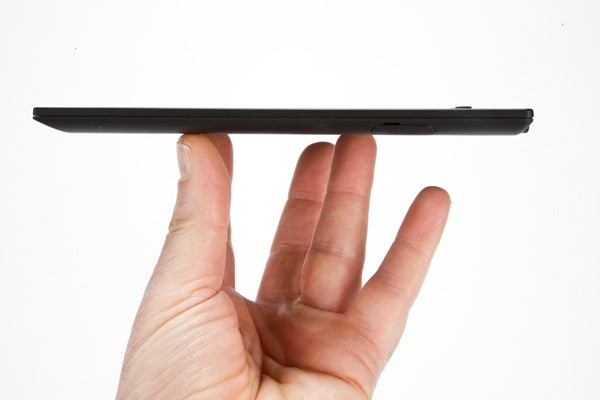 The Sony PRS-T2’s ergonomics and control options are top-notch too. Its rear is smoothly curved and comfortable, and the ereader-staple soft touch plastic is here to provide an extra finger-friendly surface. 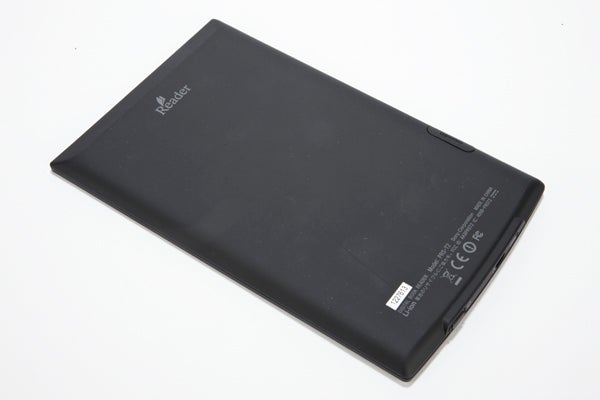 Much as we may not like the look of the front nav buttons too much, they’re well-placed and about as intuitive as they could possibly be. Their form follows function in multiple ways – being clearly labelled and the page buttons placed for optimal thumb-ability.  This is a full touchscreen ereader too, though, so you don’t have to use the buttons while reading. 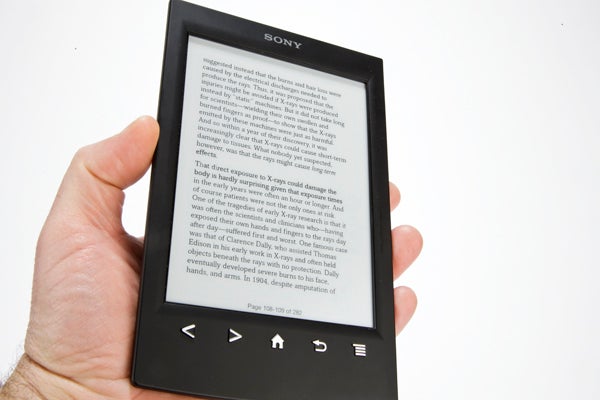 The Sony PRS-T2 uses a dual IR touchscreen, which feels quite like a smartphone’s capacitive touchscreen in use, but works quite differently. Infrared beams are fired across the screen, just above its surface. Your finger disrupts this grid of beams, letting the PRS-T2 know where your finger is. This type of touchscreen is used by other Sony Reader ereaders and Amazon’s touchscreen Kindles too.

The most important hardware point of the Sony PRS-T2 to note, though, is that it doesn’t have a light. Last year this would have been no problem, but in 2013 this means the ereader falls way behind the competition in terms of core features.

Its core screen tech is looking a little musty too. Where the Kindle Paperwhite and Kobo Glo have 1,024 x 768 resolution screens, the Sony PRS-T2 uses 800 x 600 E-ink pixels – the standard of the previous generation. 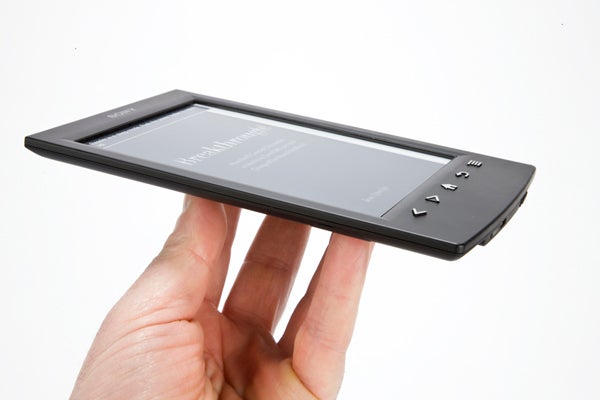 As long as your environment is reasonably well-lit, the Sony PRS-T2 still provides a great reading experience. It screen is glare-free and has the relaxed look that makes E-ink so worthwhile. But for a bed-time flick through a few pages, we’d pick the latest Kobo or Kindle any day.

The touchscreen and its multi-touch skills make the Sony PRS-T2 among the best-featured in terms of what you can do while actually reading. Hold a finger down on a word and you can highlight it, send it to Facebook or look it up on Google, Wikipedia or within the book itself. The Oxford Dictionary of English definition also pops-up at the bottom of the screen.

These are neat, but the norm among the best touchscreen ereaders. Less commonplace is the ease with which you can zoom in and out of pages. Just pinch on-screen and you can navigate around the page quickly. This easy zoom feature makes the Sony PRS-T2 much better at viewing PDFs than any of its main rivals. 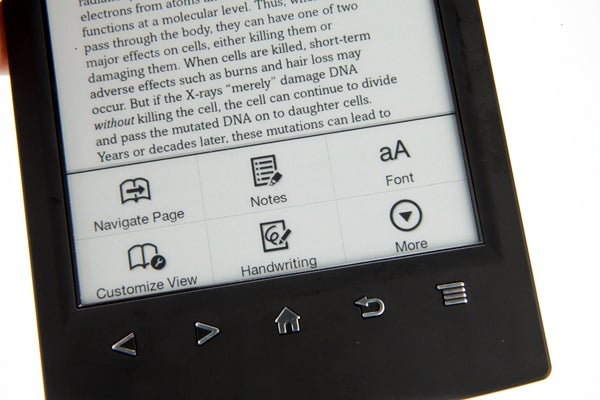 For non-PDFs, you can choose between a reasonable seven fonts and eight font sizes. However, disappointingly, you have no control over the Sony PRS-T2’s screen refresh – when the E-ink screen flashes black to remove text residue. Like the Kindle, it uses an automated system that judges when a screen refresh is required. Refreshes are less common than with a Kindle, though, and in harsher light text residue is often quite clear. This residue is at times bafflingly persistent, becoming more of an issue than in the alternatives of this eReader generation.