A lot of high quality headphones and earphones find there way onto my desk. Over the past few years I’ve tested the best from Shure, Ultimate Ears and Etymotic Research, to name but a few. I was therefore curious when Sony announced a new set of headphones sporting a truly radical design. Although I was keen to hear what these new Personal Field Speaker headphones had to offer, I wasn’t expecting too much when it came to sound quality. And that’s the problem with preconceptions, they are all too often proved well and truly wrong, which is very much the case in this instance. Put simply, the sound produced by the Sony PFR-V1s is staggeringly good, so good in fact that I’ll be first in line to buy a set, with my intrepid news hound Hugo right behind me in the queue! 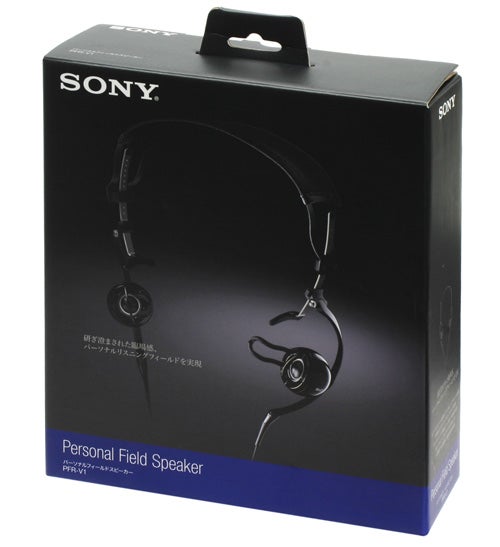 So, what makes these headphones so special? Let’s start with the design – the PFR-V1s are unlike any set of cans I’ve placed on my head before. These headphones were designed by an engineer looking for ultimate sound quality, regardless of how unusual, or even downright bizarre they look. There’s a wide band that supports the headphones on the top of your head, then each side can be adjusted into or out of this band to suit even the largest head. More delicate adjustments can be made by moving the actual speakers up and down, while two supports sit on your temple to help support the whole setup.


The headphones themselves aren’t really headphones at all, they are, as Sony describes them, personal speakers. What you have is a pair of 21mm spherical drivers that sit a few centimetres from your ears while the low frequencies are pumped straight into your ear canal via looped tubing. But because the headphones are supported so convincingly by the headband and the temple supports there is no pressure whatsoever on your ears. The bass tubes just sit inside your ears so lightly that you honestly forget they’re even there after a while. Without a doubt these are the most comfortable headphones I have ever had the pleasure of wearing. 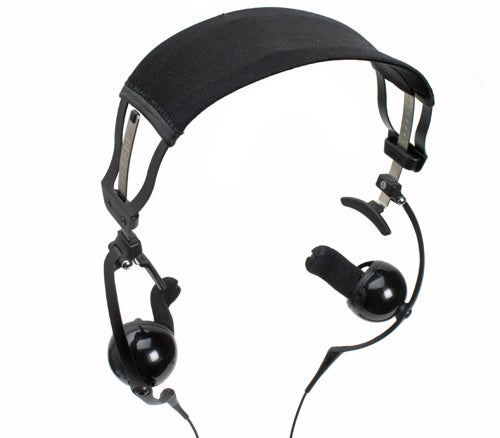 Anyone who’s into their music will tell you that there’s no substitute for a good set of open back headphones when it comes to pure sound fidelity. Take our resident audiophile Jon for instance, he swears by his pair of Grado Labs Prestige Series SR325i open back cans, which is unsurprising considering Grado’s legendary reputation in high end audio circles. But the problem with open back designs is that there is always considerable sound leakage, which means anyone in your immediate vicinity will also be able to enjoy (or not) your music. The same issue afflicts the Sony PFR-V1s, but just like Jon’s Grados, these headphones are not designed for use on a train or a bus. No, the Sony Personal Field Speaker headphones are for serious enjoyment over extended periods. In fact I’ve had these headphones attached to my head for the past few days for hours on end while working at my desk, and they haven’t caused the slightest hint of discomfort.

With such large drivers, it’s no surprise that Sony bundles a small headphone amplifier in the box. This small black box is very simple with a single 3.5mm mini-jack socket that the headphones plug into. The cable at the other end of the amp plugs into your source device, and a sliding power switch activates and deactivates the unit. The amp is powered by two AAA batteries and it’s still going strong after a week of heavy use. You can drive the PFR-V1s without the amp if your source has enough grunt – this is confirmed by the fact that a very long extension cable and a 3.5mm to 1/4in adapter are included, allowing you to plug into a proper hi-fi amplifier. 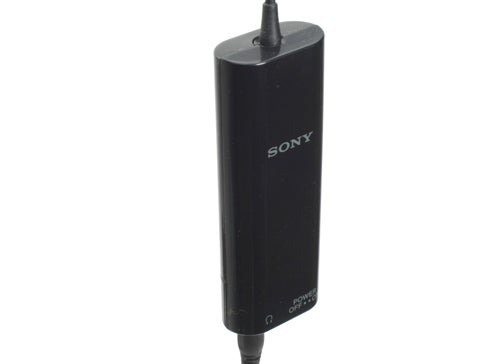 Sony’s Personal Field Speaker moniker is borne out by the way the sound is delivered to your ears. It’s hard to describe, but it simply doesn’t sound as if you’re listening to headphones. Instead the music seems to flow all around your head, as if you were sitting in the sweet spot of a custom built listening room with a high-end hi-fi and speaker setup. Despite the drivers being a few centimetres from your ears, the PFR-V1s manage to block out the vast majority of ambient noise, without the need to pump the volume up to ear bleeding levels. Talking of volume levels, these headphone can achieve seriously high output levels, without any distortion – put it this way, they’re likely to cause you physical damage before they exhibit any sign of sound degradation. 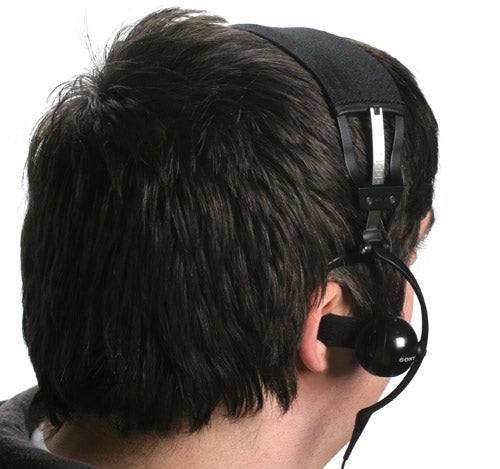 The PFR-V1s produce a remarkable level of clarity that’s complemented perfectly by the bass, which is injected directly into your ears. Every instrument and nuance of music is clearly discernable, but without the loss of cohesion that can often afflict multi-driver headphones. It also doesn’t seem to matter what style of music you throw at the PFR-V1s, they simply excelled with every genre I pumped through them.


I kicked off my listening with Rockferry, the outstanding debut album from Duffy, and the PFR-V1s highlighted just how much of a vocal talent this girl is. No matter what track I listened to, Duffy’s simply beautiful voice flowed through my head with a silky softness. In particular I’m Scared exhibited the impressive versatility of these headphones, with the gentle tambourine clearly heard, despite being a way behind the vocals in the mix. As the verses melt into the chorus, the percussion and string accompaniment meld perfectly with the rest of the arrangement without distracting from the vocal focus. 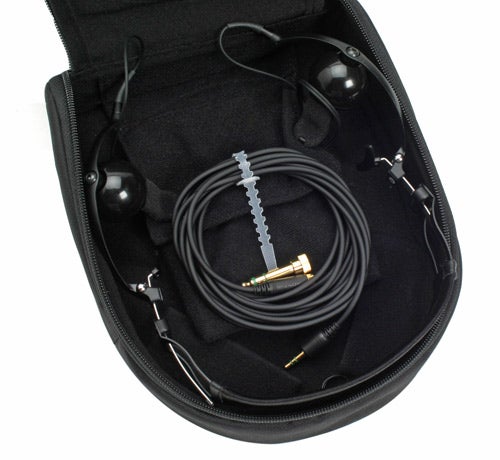 Changing style completely I fired up the classic Smashing Pumpkins disc, Siamese Dream. The opening track, Cherub Rock is a favourite of mine – something that I was reminded of last year when we were playing too much Guitar Hero III in the office. Not only is Cherub Rock a superb rock anthem, it’s also a very tough audition for headphones. It could be said that the band went over the top with the effects pedals on this track, although it’s that dirty sound that gives the song its persona. The result is that some headphones will overpower the vocals with the guitars, or even turn the riffs into a distorted mess. The PFR-V1s didn’t miss a beat though, and the only time I’ve heard the song sound better was when the band were on stage in front of me.

Another tough test is The Doors’ masterpiece, Riders on the Storm. Few songs create as much enveloping atmosphere, with the rain end thunder overlaid on those trademark keyboard sounds and Jim Morrison’s haunting vocals. Riders on the Storm needs to be played on a good hi-fi, with high end speakers – the result is a truly immersive experience, and one that simply blew away some of my friends when I built my first proper hi-fi, equipped with B&W speakers. Unfortunately, most headphones, even good ones, provide too narrow a sound stage to do Riders justice, but once again the PFR-V1s surprised me. The fact that these headphones sound more like high-end speakers makes them perfectly suited to very atmospheric and immersive music like this.


Sony claims that the PFR-V1s are equally suited to watching movies, although I’m not altogether convinced that any headphones are the best option for movies. Ultimately, no amount of clever sound processing is ever going to be a substitute for a proper multi-channel surround sound setup. That said, compared to standard headphones, the PFR-V1s definitely create a more convincing and wider sound stage when watching movies. 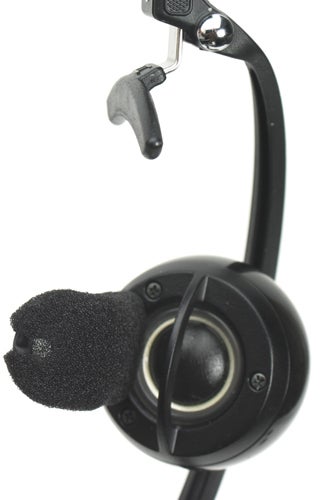 As with all good audio equipment, the PFR-V1s don’t come cheap, and many will feel that over £230 is a ludicrous amount of money to pay for a pair of headphones. However, Sony is aiming its Personal Field Speaker headphones at people who are looking for quality, and are willing to pay to get it. Given the performance of these unconventional headphones, I don’t feel that the price is high at all.


It’s not too often that I’m genuinely surprised by a product, but that’s exactly what happened when I placed the PFR-V1s on my head. Perhaps unfairly, I hadn’t expected these headphones to sound anywhere near as good as they do, and even now I’m not quite sure how Sony has managed to create a sound as clear, full and completely immersive as this.


The unconventional design also makes for the most comfortable headphones I have ever worn – even after hours of listening I could hardly tell that the PFR-V1s were on my head. And despite the drivers being positioned a fair way from your ears, the majority of ambient noise disappears without the need for active noise cancelling or ear canal seals.


There’s no denying that the Sony PFR-V1s don’t come cheap, but that shouldn’t put off the target buyer. In fact, I’ll be buying a pair of these headphones as soon as I get paid, making the PFR-V1s a true Editor’s Choice.