All the latest news and reviews from Las Vegas: CES 2012 Special Report

Sony has launched the Z Series of its famous Walkman range to compete directly with the dominant Apple iPod touch and various other Android devices such as Samsung’s Galaxy Player range. However, despite Sony slapping the Walkman label on the Z1000, it is essentially a smartphone without the ability to make calls.

Therefore the Z1000 is not just going up against the iPod touch, but also against every smartphone out there and how it’s trying to differentiate itself is through the combination of a digital amplifier and some clever audio software. 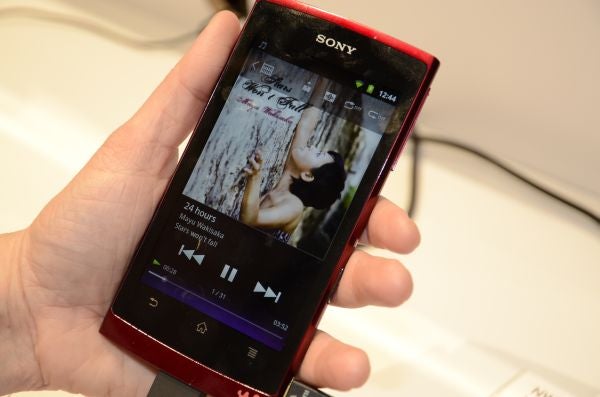 Android-based media players have so far failed to even touch the hem of the all-dominant iPod line-up. The Samsung Galaxy Player failed on many levels but Sony is attempting to reinvigorate the sector with the Z Series.

Recent Sony Walkman models have impressed, such as the TrustedReviews 2011 Awards-nominated NWZ-A866, and the idea of a 4.3in touchscreen in combination with Sony’s audio expertise sounds like a match made in heaven.

The device itself has taken some design hints from the Xperia Arc series of smartphones and the media player features an arched back which also serves to improve the speaker sound from the player -with Sony claiming it removes the need for a dock to listen to music with your friends. 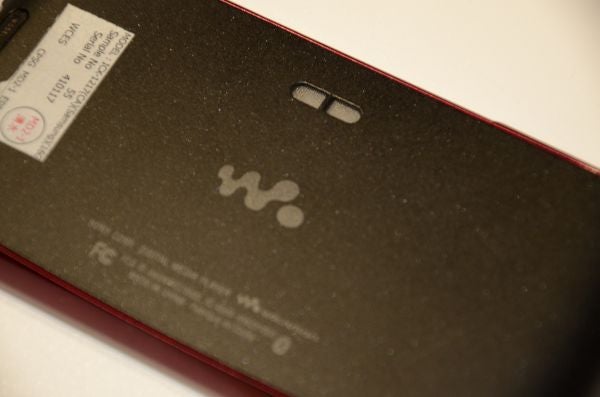 Sony has placed two small speaker grilles in the middle of the device’s back but when placed facing down, it won’t come in contact with the surface thanks to the arched back. This gives the speakers room to do their job with  the sound varying dependent on what surface the Z1000 is placed on.

We had a quick listen on the show floor here at CES but we were unable to properly judge how well it will work in real world situations, though on initial listening it did sound superior to regular smartphone speakers.

The 4.3in LCD screen has integrated low-reflection technology, however we were unable to see any benefit from this and the screen itself had terrible viewing angles, with the images practically disappearing once we moved it any amount.

Sony has chosen not to include any camera on the Z1000 which seems a strange decision given the media credentials it is giving to the device. The phone features a Micro HDMI port to output video and games to your HD TV and charging is done using Sony’s proprietary 20-pin port. The headphone jack is located next  to the charging port on the bottom of the Z1000.

Overall the phone – sorry, media player – feels rather light in the hands and lacks the premium quality of Apple’s products, due to the plastic material used for the front and rear. Overall, however we liked the design which is rather attractive.

The Z1000 will come in 8GB, 16GB and 32GB versions (plus a 64GB version coming to Japan only) and will be powered by a 1GHz Tegra 2 dual-core processor, 512MB of RAM, features Bluetooth, Wi-Fi b/g/n and DLNA support. The Z1000 runs a skinned  version of Android 2.3 and gives you access to Android Market. The battery life is pegged at 14 hours of music playback.

A button featuring the Walkman logo sits on the right hand side of the player giving you instant access to the W.Control app where you can control and browse your music. Music purchasing is done through Sony’s Music Unlimited service.

The interface is what we’ve come to expect from Sony and is laid out in a logical manner, though some of the more intricate settings menus were not easy to find the first time around, however we imagine owners will soon become accustomed to the layout. 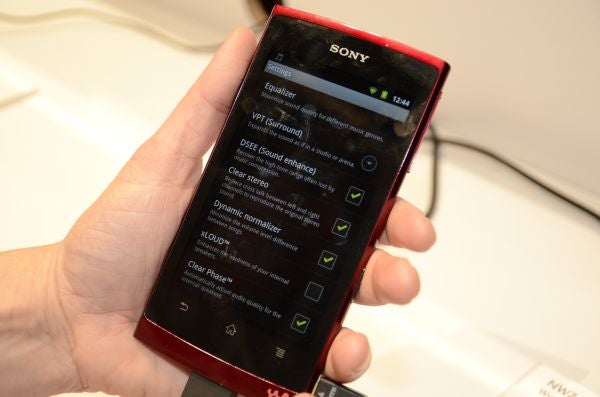 SenseMe software is also included, automatically sorting your music collection into 14 different mood-themed channels. For those who just love to tweak the sound coming from your player, five-channel equalisation is available as well as custom and preset options for different types of music available. It all works as you would expect, though during our brief play the sliders didn’t respond very well to our fingers.

Audio support is decent with WMA as well as MP3, AAC and Linear PCM supported, however audiophiles out there  will be disappointed that neither FLAC nor Ogg will be supported. 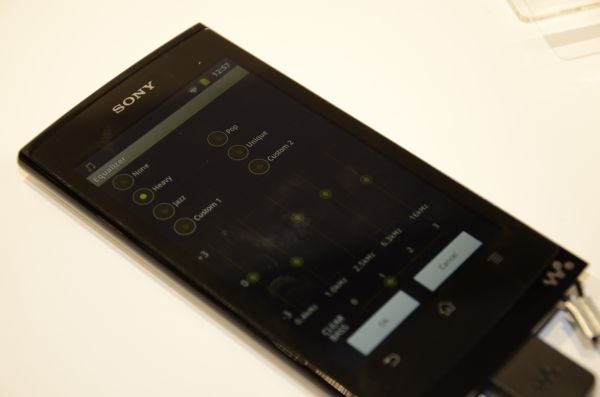 The sound you get through your earphones is certainly a step up from what you get from a smartphone but we’ll need further testing before we can say definitively how good it is.