Unlike those rivals, the ZX100 neither runs the Android operating system nor features a touchscreen for navigating its UI. It does, however, boast phenomenal battery life, 128GB of internal storage and a pair of bundled noise-cancelling headphones. 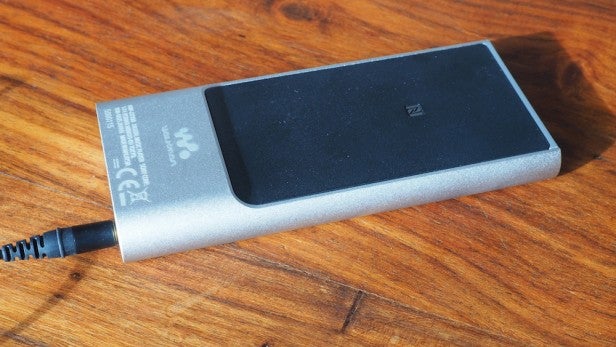 First impressions of the ZX100 are very good indeed. It feels solid and weighty, in a good way. The wraparound aluminium body is classy and curvaceous in all the right places – it’s a lovely thing to hold.

The back has a scalloped section towards the top that’s been rubberised for better grip. It almost feels like faux-leather, but, again, in a good way. 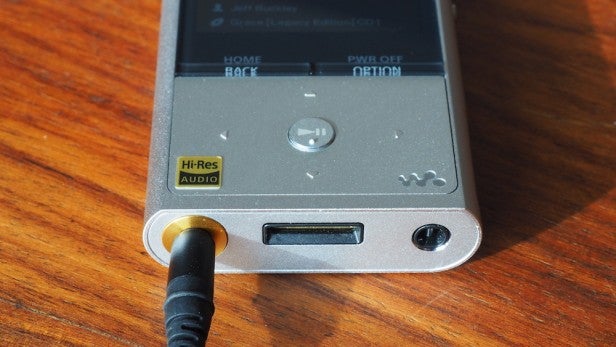 The front controls are comprised of two dual-purpose buttons – one for home/back button, the other for power/options – as well as a D-pad with a play/pause button in the centre. It all looks and feels premium, even though there’s something jarring about seeing a D-pad on any portable device in this touch-driven age.

Along the right side of the ZX100 are round buttons for volume up and down, plus a hold switch to stop you accidentally changing tracks or altering the volume while the player’s squeezed into a pocket. Under a flap, there’s also a microSD slot for adding to the internal storage, and a reset button. 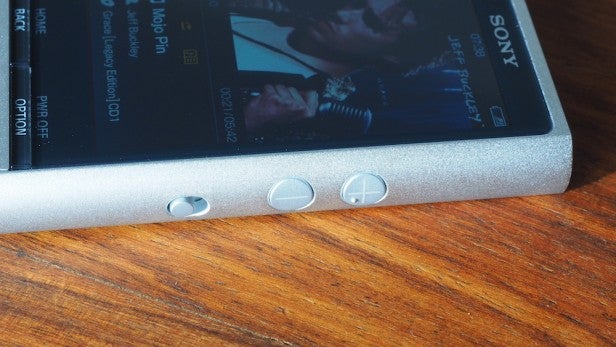 Down the bottom is a proprietary charging socket, a 3.5mm headphones socket and a small lug for fitting a wrist strap (as if anyone actually uses those).

Still, for the job it has to do, the screen is adequate. It’s not like you’ll be viewing photos or playing games on it. For cover art and track names, it’s fine. 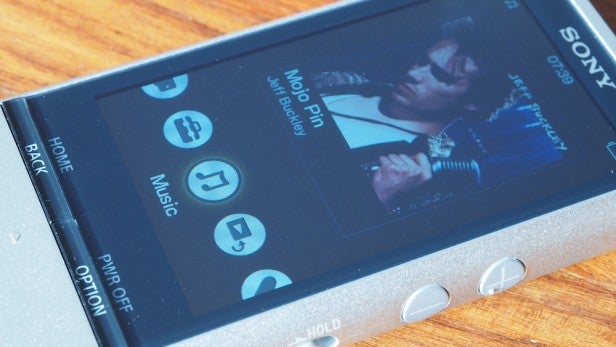 Inside the ZX100, Sony has packed Bluetooth aptX, NFC and some noise-cancelling tech. The player is compatible with all the usual Hi-Res file types, including DSD.

The 128GB of built-in storage puts the ZX100 well above the competition in this regard, with the Astell & Kern packing 64GB (expandable to 192GB) and the Onkyo DP-X1 having 32GB (expandable to 432GB). Given how cheap microSD cards have become, perhaps this isn’t as big a deal as it once was, but at least the Sony offers enough capacity out of the box to satisfy most people’s needs.

Plugging the ZX100 into my Mac via the proprietary cable – what’s wrong with Micro USB, eh, Sony? – it appeared instantly as a removable storage device. No fiddling around with music-management software here – just dragging and dropping. So far, so good.

Sadly things went downhill from there. It’s bad enough using physical buttons to navigate a media player these days, without the process being bogged down by a lagging interface that struggles even to bring up a track list.

The UI isn’t just slow, either; it looks really dated. In these days when we’ve got used to the slick operation and stylish iconography of iOS and Android, this feels like a throwback to the early days of MP3. It’s not as offensive as the interface on the cheaper NW-A25, but it still isn’t good enough.

The proprietary UI and the lack of Wi-Fi also mean you won’t be streaming anything over Tidal, Spotify or any other kind of music service. Maybe that won’t bother you – you’ve got a smartphone, right? – but personally I’d prefer to keep all my music duties to one device. 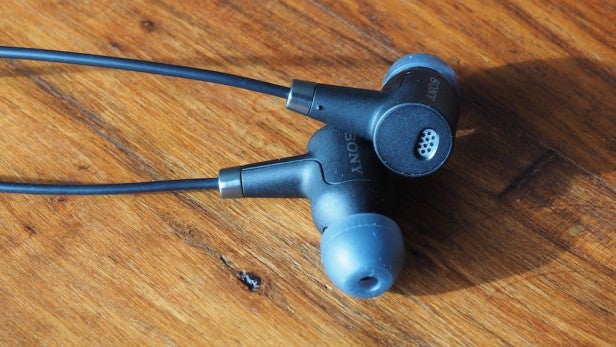 The supplied in-ear headphones aren’t the worst I’ve ever heard, but they won’t really do your Hi-Res files justice. Only one set of earbuds is supplied, so there’s a good chance you won’t achieve a good enough fit with them anyway.

Sony also claims there’s noise cancelling available when using these bundled earphones, but I couldn’t really hear any difference when switching the noise cancelling on and off through the ZX100’s menus, no matter which setting I chose. They blocked out a little road noise with their sound-isolating design, but no more. I did all of my serious testing through custom-fitted Noble Audio Kaiser 10 IEMs instead.

I was initially shocked at how bad the ZX100 sounded. Horribly wobbly bass, a mid-range that sounded oddly hollow and distant so that vocals and piano were pushed right out… After a little fiddling with the settings, I discovered that something called ClearAudio+ processing was turned on. With that off, miraculously the mid-range punched back to the fore and the bass also tightened a touch.

Sadly, that mid-range still wasn’t crystal-clear, with detail lost from the edges of every note. Also, while the cheaper NW-A25 suffers from an even greater lack of subtlety, it actually sounds more musical, more enjoyable, thanks to a little more upper mid-range prominence and bouncier bass.

Not that the ZX100 sounds terrible – just disappointing at this price. Changing to the AK70 or Onkyo DP-X1 takes things to a whole new level of clarity.

Where the ZX100 partly redeems itself is in the battery department. Sony claims it’s good for 45 hours of Hi-Res listening or 70 hours with MP3s, and I certainly struggled to run the battery down much between occasional top-ups. 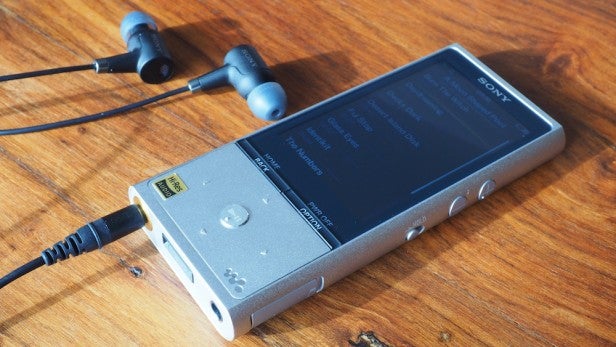 If you’re after a Hi-Res Audio player that’ll get you through a long-haul flight or business trip without the worry of charging or running out of music, the ZX100 ticks those boxes. However, it doesn’t sound as good as the competition, and the non-touchscreen UI feels like it’s from the previous decade.

In this price range, the Astell & Kern AK70 and Onkyo DP-X1 are the ones to beat.

A disappointing Hi-Res Audio player that partly redeems itself with its awesome battery life.