What is the Sony NEX-5R?

The Sony NEX-5R is the third iteration of the growing ‘5’ strand of the NEX series. Although it takes a host of its design cues from its predecessor – the Sony NEX-5N – it is in fact a complete different camera, featuring a specification that is aimed at bringing the ‘5’ range right up to date. Like all the Sony NEX range, it aims to combine DSLR photo quality with a compact format that still appeals to enthusiasts. It’s become a very popular range of cameras, so the Sony NEX-5R has much to live up to. 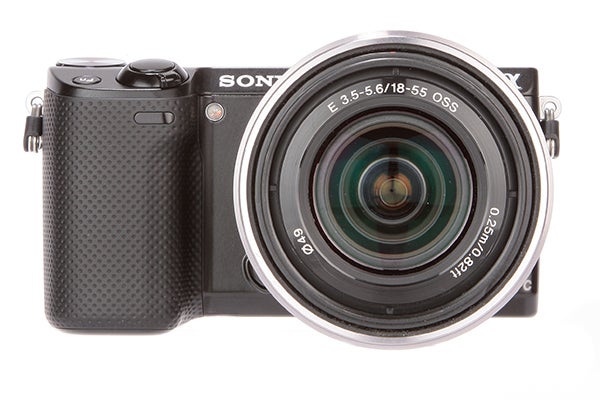 One of the headline features of the Sony NEX-5R brings it in line with the current state of the compact system camera market. It now has Wi-Fi that supports a host of wireless controls and features through the simple installation of the Sony PlayMemories app on either iOS or Android.

This apps lets you control the camera through a direct Wi-Fi connection the smart, while the app also supports the wireless transfer of images for either storage or review. This wireless transfer is also possible between the NEX-5R and any networked PC or Mac.

The Sony NEX-5R’s auto-focus system is improved, too. It combines both a phase and contrast-detect AF system with a view towards switching between the two and providing an optimised, and therefore faster, AF system. 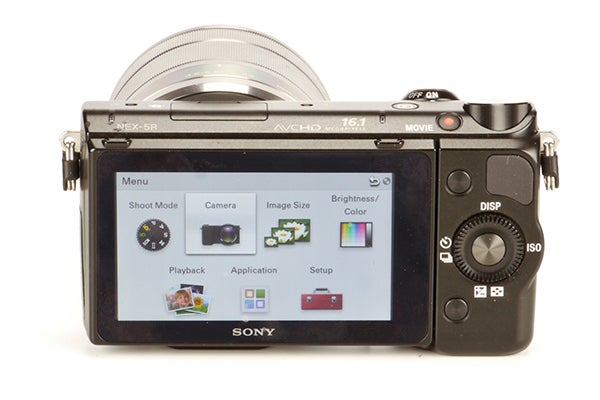 The LCD is also a touch screen unit and thus supports touch focus amongst other functions. Added to this list on the NEX-5R for the first time is touch shutter functionality that allows image capture from simply touching the screen.

In terms of core imaging functionality, the Sony NEX-5R features an APS-C CMOS chip, as did its NEX-5 predecessors. The sensor itself, however, is redeveloped according to Sony and now features a 16.1MP resolution.

The sensor is paired with Sony’s BIONZ processor, a chip that offers some impressive shooting figures. These include an extensive ISO range of 100-25,600, continuous shooting speed of 10fps and the promise of noise-free images at the higher ISO settings.