The Sony NWZ-WH303 are headphones that pack in some rather unusual features. As well as normal headphones, they function as a standalone MP3 player, and have speakers built into the headband.

That’s a lot to pack into a pair of headphones. However, they do prioritise features over sound quality to an extent.

From a brief glance, the Sony NWZ-WH303 look like ordinary headphones. However, they’re anything but.

You can plug in a 3.5mm cable (included) and use them like normal headphones, but they are also an MP3 player and have little speakers jammed into the headband.

Clearly designed for younger buyers, the speakers point up at your ears when the Sony NWZ-WH303 are worn around your neck. They’re a noise polluter’s dream, although to be fair the speakers are fairly positional, making them louder for you than those around you.

We can also imagine the NWZ-WH303 being used by joggers and gym folk – the wire-free design is pretty handy for exercise. However, they’re not as cool on the ears as an in-ear pair. These are on-ear headphones that use chunky faux-leather-topped foam pads and a headband that exerts a decent amount of force on your head to keep them in place.

The pads are fairly comfortable, but the headband padding is minimal and as these aren’t the lightest headphones they never really disappear on your head like the comfiest sets.

Being slightly weighter than average is no surprise given all the extra features of the Sony NWZ-WH303, but Sony has done its best to keep weight sensible. These are all-plastic headphones. Build quality is decent, but their presence doesn’t immediately impress in the way that, for example, the Sennheiser Momentum On-Ear headphones do. There is a little light in the Sony Walkman logo on the back of one ear cup (it can be switched off), which is a neat – if completely pointless – extra. 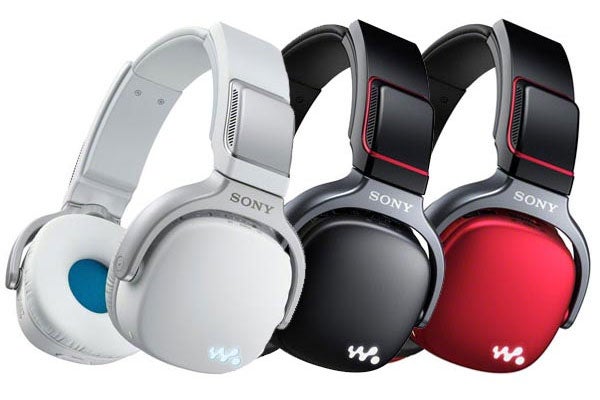 Making the Sony NWZ-WH303 fully standalone also means they have to include a bunch of controls. Liberally scattered across the earcups are volume controls, a neat playback toggle, a power switch, a speaker switch, 3.5mm socket, shuffle button and a button that switches between the EQ modes. There’s also a little rubbery flap that hides the microUSB slot, used to charge the battery and transfer files to the 4GB of internal memory.

The thing you end up using most, the playback switch, is good. It’s a little rocker switch that’s easy to use blind, and is used to play/pause music as well as switch tracks.

As the Sony NWZ-WH303 doesn’t have a display if any kind, you’re limited to either shuffling between tracks randomly, or flicking through tracks one-by-one. With 4GB memory, this still makes a good deal of sense, acting rather like an iPod shuffle. There are voice prompts when you switch been playback and EQ modes too, for extra clarity.

It’s worth noting, though, that neither model has Bluetooth. Although sold as a ‘wireless’ set, the Sony NWZ-WH303 is only wireless in the sense that the player is built-in, not that there’s any wireless audio transmission on offer.

The Sony NWZ-WH303 uses a 30mm dynamic driver, a lot smaller than the 40mm one used in the pricier Sony NWZ-WH505. And it’s in sound that we see these headphones’ most significant compromises.

Throughout the various sound modes, the Sony NWZ-WH303 maintain a bass-heavy sound signature that doesn’t impress. The low-end is flabby and slow in the bassiest mode, and never brings the impact we like to hear in a bass-heavy headphone.

Our guess is that the Sony NWZ-WH303 may use the same driver as the MDR-XB400 – headphones available for as little as £33.

Clarity is also fairly poor. In all of the sound modes – ‘normal’, Clear Bass and the mid-boosting Clear Phase – the treble sounds a little veiled. A bassy tone and limited treble extension leave the Sony NWZ-WH303 sounding a little congested.  Clear Bass in particular is poor, expanding the low-end in rather tasteless, splodgy fashion.

Clear Phase offers the least problematic sound, and it is a reasonably easy listen with no harshness or sibilance to speak of. However, it’s outclassed by way too many rivals at £100, including several of Sony’s other models such as the £50 MDR-V55 and MDR-XB600.

The headband speakers are about on-par with a decent tablet speaker. It’ll do for indoors use, or for pottering about on a quiet road, but using them on public transport really isn’t a very conscientious thing to do. 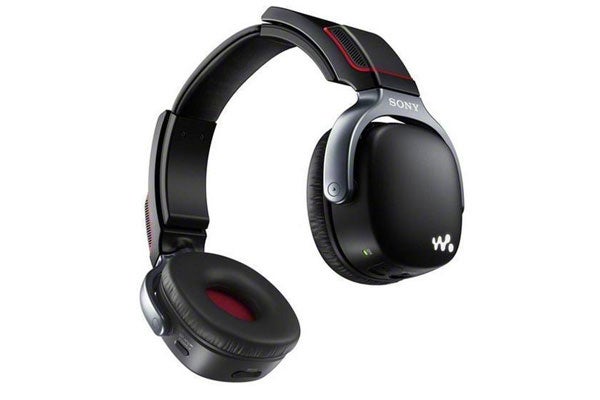 The Sony NWZ-WH303 feel a bit like an interesting experiment. Like the Sony QX10 lens camera, it’s quite unlike the competition.

However, if you care a lot about sound quality, we’re not convinced it’s a great choice. The integrated music player works well, but an iPod shuffle and some top £60 headphones will offer better sound.

The Sony NWZ-WH303 are unusual headphones that offer an integrated MP3 player and speakers. However, the sound quality is a slight let-down.