The Sony MDR-ZX700 headphones are the little brothers of the MDR-Z1000, Sony’s top studio monitor headphones. They look virtually identical and both have 50mm drivers, but when one set costs almost £400 and the other just over £60, can they really compare? Let’s see if Sony has just come up with the headphone bargain of the year.

Studio headphones are judged on slightly different criteria than a standard set of at-home or MP3 player cans. They’re there so that whoever’s listening to a mix can hear an accurate representation of its entire frequency spectrum. An overly bassy or over-bright sound will naturally ruin this, so studio headphones are rarely designed to thrill the ears. They also need to be able to survive a life of bumps and knocks in a recording studio. Surrounded by racks of studio equipment worth hundreds or thousands of pounds a pop, headphones aren’t always given the most courteous treatment. 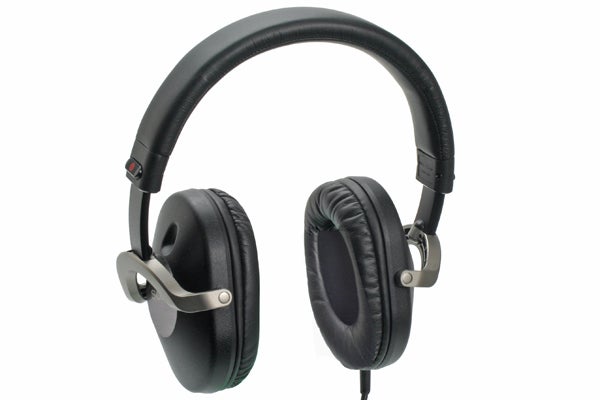 Although dubbed “studio” headphones, the Sony MDR-ZX700 aren’t designed to spend a life in a professional recording studio. They use a 3.5mm (rather than 6.3mm) headphone jack, don’t offer a removable cable and are a bit too cheap for the likes of Mark Ronson to take seriously. They do benefit from a design based around the studio-bound MDR-Z1000 model though.

These are as closed-backed as headphones get. The outer part of each cup is covered with very thick, very tough plastic. Working in conjunction with the generously-padded fake leather ear pads, this design supplies the MDR-ZX700 with excellent noise isolation. Factor-in that they’re not ridiculously huge like some over-the-ears sets and you have a great set of commuter headphones. 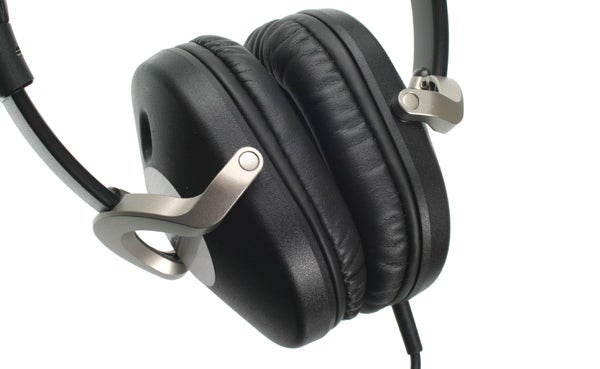 They don’t block out the rumbles of engines as well as active noise cancelling headphones like the Bose QuietComfort 3, but are better at getting rid of the noise of other people’s conversations ─ probably more annoying anyway. Just as important, they also stop your music from filtering out into the world. Comfort is also top-notch thanks to the well-padded headband and ear cups.

The cable filters down from just one ear cup, the left one. It’s 1.2m long, and while it’s not removable there’s a 1.8m extension cable included in the box. This boosts the flexibility of the MDR-ZX700 substantially, letting them switch from on-the-go headphones to an at-home set just by clicking in a cable. There’s no 3.5mm-to-6.3mm jack converter though, which is a shame. 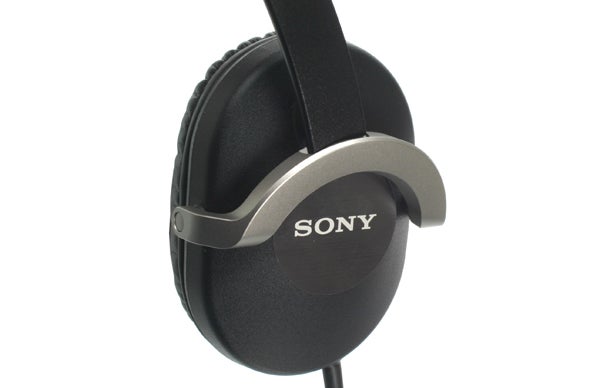 Build quality of these headphones is great throughout, but the materials used are something that separates the £65 MDR-ZX700 from the £400 MDR-Z1000. Where the more expensive set is made from magnesium, these headphones are plastic. There’s nothing wrong with plastic-bodied headphones though – plenty of sets costing hundreds of pounds use the stuff.

The Sony MDR-ZX700 come from a family of studio headphones, and they have the sound quality to back this heritage up. They’re balanced and thoroughly well-behaved. Bass is lean compared to some top closed-back headphones like the Beyerdynamic DT 770 and Sennheiser HD 25, but it feels like a deliberate scaling-back.

The bass response is deep when called upon, it just doesn’t coat music in low-end bloat. Something that can’t be said of the Sony MDR-XB700, for example. For any buyers simply looking for a Sony-branded set for under £100, we put these two similarly-priced headphones head-to-head and found the MDR-ZX700 came out significantly ahead. 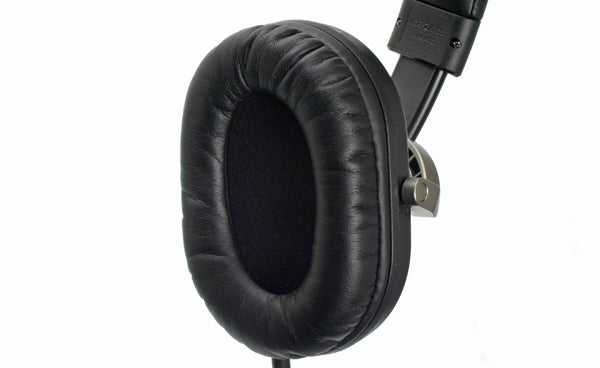 More significant competition is out there though. Next to the Sennheiser HD 518 and Cresyn C720H, these headphones have a rather narrow soundstage. The Sennheisers have the natural design advantage here, being open-backed (which promotes a more open and airy sound), but the Sonys can’t use this excuse next to the Cresyn set which are also closed-backed. A slightly narrow soundstage is something you’ll likely only notice in comparisons though, as your brain will soon adjust to the stereo image offered here.

More likely to linger in your earholes is the slight lack of high-end resolution and smoothness compared to Sennheiser’s open-back HD models. The MDR-ZX700 hardly ever sound particularly harsh or sibilant, but they lack the sumptuousness of headphones keener to please your ears. This is an effect we’ve seen before in studio-style headphones, such as the industry standard Beyerdynamic DT 100.

Colluding with a not-quite-neutral mid-range, this can make vocals sound a little nasal, and lends treble an unwanted granularity. For the most part, though, they offer very pleasant, enjoyable listening that merits the £60-odd price on its lonesome. 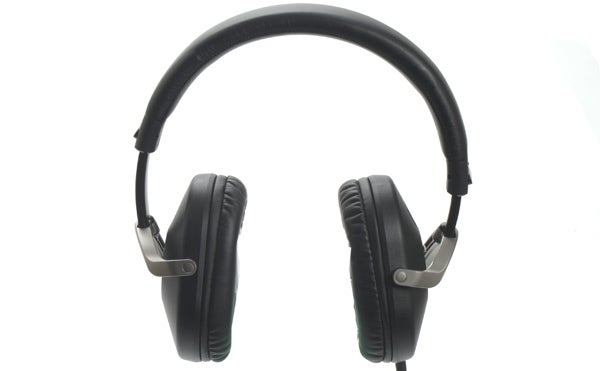 What the Sonys may lack slightly in pure audio pleasure they make up for in flexibility. Open-backed models at this price will tend to offer a more expansive sound, but can’t be used out and about, or in any sort of noisy environment. The noise isolating design of the MDR-ZX700 is successful enough to enable these headphones to be used as a drummer’s monitor pair. Most headphones that have the noise isolation to do this, and decent sound to match, cost significantly more.

If all you want to do is sit at home in your lounge/bedroom/home office listening to music, or movies in blissful silence, we’d recommend opting for something like the Sennheiser HD 518 or Audio Technica ATH-D500. However, for an all-purpose workhorse headphone that can serve you just as well on planes, trains and in automobiles, the MDR-ZX700 headphones are a superb choice.

Offering great sound isolation and comfort, and a bundled cable extender, the Sony MDR-ZX700 are brilliantly versatile headphones. They’re just as happy out on the road as at home. A more luscious sound be found from some rivals if you just need a lounge set for late-night listening, but if you need them to take on the commute too, few sets are better at this price.