The Sony MDR-XB910 are headphones from the Xtra Bass range. And for many, that tells you all you need to know.

These are lifestyle headphones, with both a design and sound signature to match the demands of the Beats generation. Despite the £200 price, they’re not particularly ‘hi-fi’ headphones, with a serious bass skew to their tone. 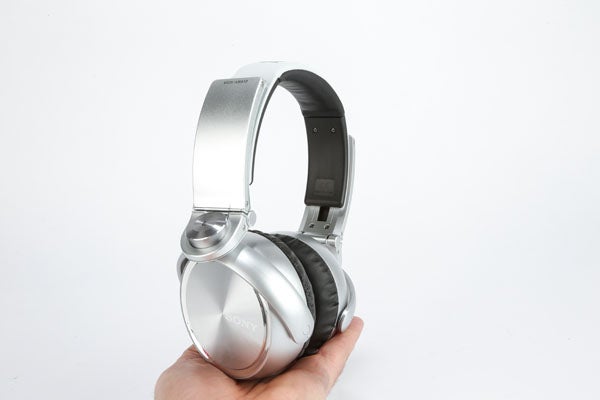 These are full-size headphones that encompass your ears and stick out a bit from each side of your head. If you want small, demure headwear, this isn’t the sort of pair you should be looking at.

The Sony MDR-XB910 design is lower-key than the last generation is Xtra Bass Sony headphones, though. 2009’s MDR-XB600 used humungous, unmistakeable earpads that made each earcup look like a miniature hovercraft. This year’s XB modes are more discreet, but they keep an urban-tinged youthful look.

Their chunky, industrial-look frame is mostly plastic, with some aluminium plating to give the headphones a more expensive feel. It’s only partly successful, though, as the MDR-XB910 don’t look or feel as classy as some of their £200-300 rivals, including Sony’s own far more elegant MDR-1.

To truly pull off the Sony MDR-XB910 look, you probably need to be under 25. 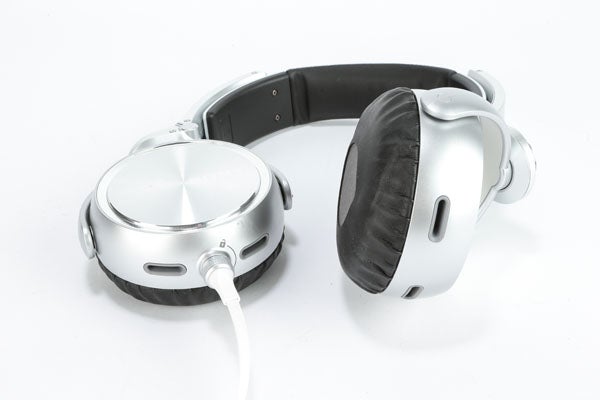 As a nod to their ‘DJ-style’ roots, these headphones use folding earcups. Once fully folded-up, they take up little space given their cup size, and can happily be bunged in a bag. And while they don’t feel terribly high-end, they have been made to withstand a little rough treatment, with hinged parts that move under pressure rather than snap.

To look at, the Sony MDR-XB910 pads appear to be solid lumps of foam, but they’re actually foam rings with reservoirs in the middle that let your ears sink comfortably into their soft foamy goodness. This style of padding is similar to that of the immensely comfy, and popular, B&W P5 headphones. 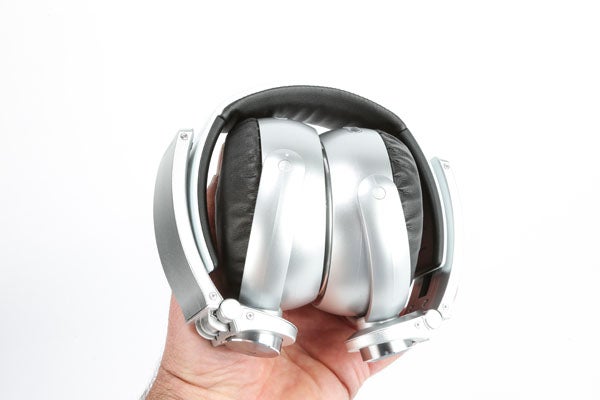 The headband padding is far less luxurious, and it does take a while for the headband to ‘disappear’ on your head, but otherwise these are very, very comfortable headphones. Noise isolation is great too – these headphones are a perfect match for an afternoon wandering around an urban sprawl.

The Sony MDR-XB910 cable hooks into the left earcup only, and is removable, using a twist-to-lock mechanism. This is a proprietary part, but the actual connector is a standard 3.5mm jack. 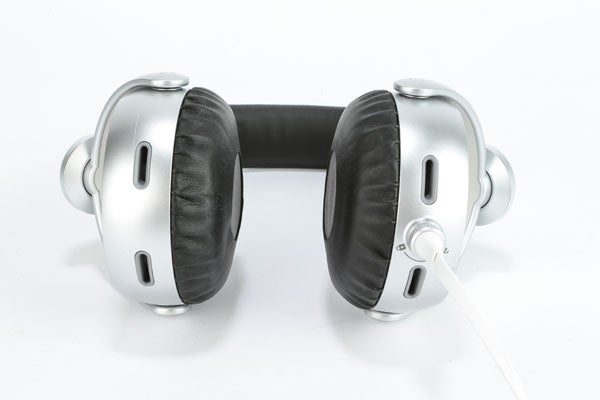 Sony has used a ridged flat cable, designed to reduce tangling. Thicker full-size headphone cables like these are much less prone to tangling than the match-thin cables of in-ear headphones, but either way tangles are no problem here.

Unusually, the Sony MDR-XB9190 use a single-button remote, rather than the more common three-button type designed for iPhones and other iOS gadgets. This makes it happier to function with non-Apple phones, but only gives you control over playback and calls, not volume.

Clearly aiming to pump out huge bass, the Sony MDR-XB910 have 50mm dynamic drivers – much larger than the 40mm drivers commonly used in headphones like this. Even the Beats by Dre. Studio use 40mm drivers. 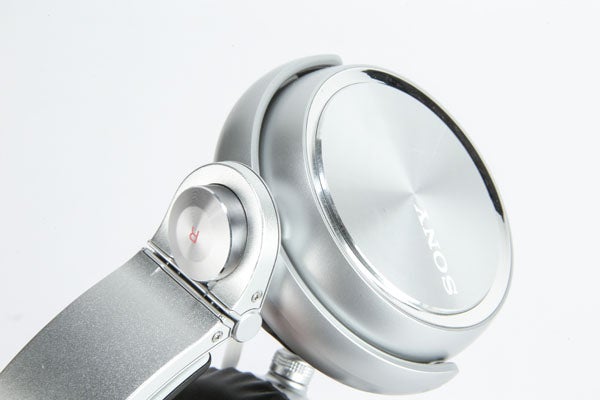 The good news is that the Sony MDR-XB910 have a very pleasant, smooth, reasonably well-extended treble that feels like it belongs in a headphone of this grade. They’re non-sibilant cans with a wide sound for a pair of closed headphones – closed-back sets like this can sound a bit constrained compared to their non-portable open alternatives.

What brings the MDR-XB910 crashing back to earth is what they’re supposedly all about – that ‘Xtra Bass’. The Sony approach to bass here is much like a generous dinnerlady’s approach to ladling out mashed potato.

And the bass itself is a bit like school canteen mash too – there’s some strange cloying additive that makes it stick to the roof of your mouth.

It has depth, but little refinement and nowhere near enough control. Bass is severely over-emphasised, and it’s a swell that span from low-bass to the upper range of the bass frequency spectrum. 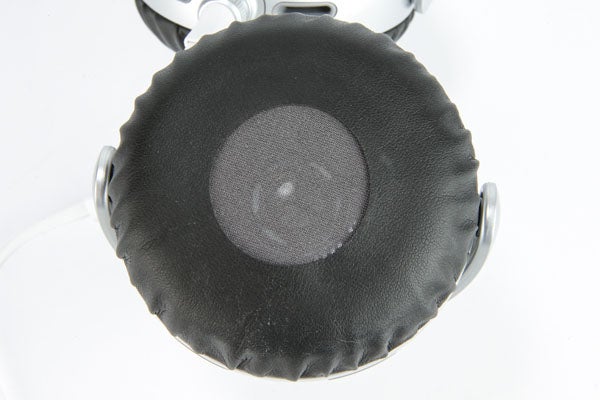 This upper bass emphasis is particularly dangerous, as it is what produces that bass ‘boom’ that encroaches upon the rest of the sound, spoiling clarity and separation. It can also adversely affect bass impact.

‘Big’ bass that is not well-controlled spoils the rhythmic impact of kick drums, and this is a common occurrence with the Sony MDR-XB910. The bass skew also has a negative impact on the balance of tracks, giving bass guitars undue prominence over guitars and so on.

If Sony was out to create ‘in da club’ bass, it has successfully done so. But – news flash – booming club-style bass is a sound quality no-no. 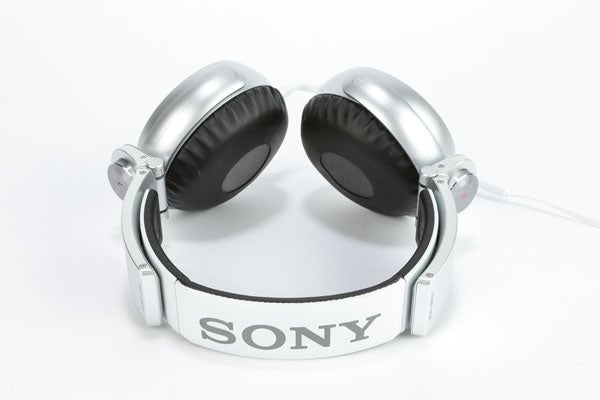 Sony has targeted an important headphone market with the MDR-XB910 – it’s the youthful-ish market that has made style headphones one of the consumer tech successes of the last few years. Its looks and its sound are all geared-up to snag a few potential Beats buyers, and as they cost £70 less than the Beats by Dr Dre. Studio, Sony has made a lot of the right moves.

There are positive elements to the sound you get there too, but the aggressive, unbalanced bass will be a turn-off for those who care a lot about sound quality. At £200, the Sony MDR-XB910 don’t have the control we expect.

Of course, this lack of low-end control is common to style headphones, including the various rapper-branded cans out there. If you like your bass heavy, though, we recommend spending a little more on the excellent Sennheiser Momentum or Sony’s own MDR-1R.

The Sony MDR-XB910 have a target buyer in mind, and they are tailored exactly for them. They’re after the potential Beats buyer, and therefore have a slightly urban flavour and huge bass. However, as a result you can get much better, more balanced-sounding headphones at  the price, including those with stonking bass.