What are the Sony MDR-XB650BT?

The Sony MDR-XB650BT are sensibly priced wireless headphones that are part of Sony’s “Xtra Bass” range. It’s the Sony equivalent to Beats, but its pairs tend to sell at a lower price.

This isn’t really enough to satisfy in such a crowded market. If you’re an unrepentant bass-head who values bass girth over quality then you’ll like them, but you can do better for the money. 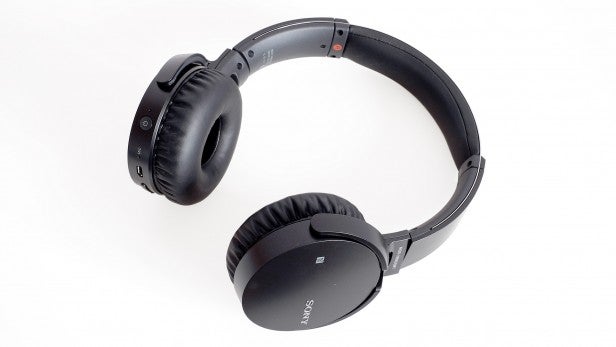 The Sony MDR-XB650BT are fairly large on-ear headphones. One of the hallmarks of Sony’s XB range is their large pads. Although still present in the MDR-XB650BT, in recent years Sony has toned them down a little.

Like many of the company’s recent headphones, the Sony MDR-XB650BT look sharp. Black for the plastic bits, naked silver where there’s metal; it’s a classic Sony look. 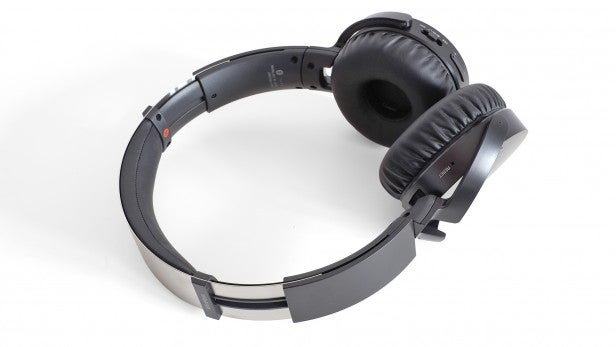 These headphones are fairly comfortable too, thanks to those deep pads – but I wouldn’t use them for running. Too much head-waggling causes the pair to fall off quickly, and I imagine that those well-rounded pads don’t help. Runner-friendly headphones also tend to use a rubbery headband padding, rather than the faux leather you get here. The Urbanista Seattle stay on your head far more effectively.

The MDR-XB650BT don’t fold up either, although the cups do at least swivel flat, making them easier to pack into a rucksack or bag. As I’ve already made clear, they’re not so well-suited to exercise – unless you spend most of your gym time on weights machines – but I’d be happy to use these on the way to work. 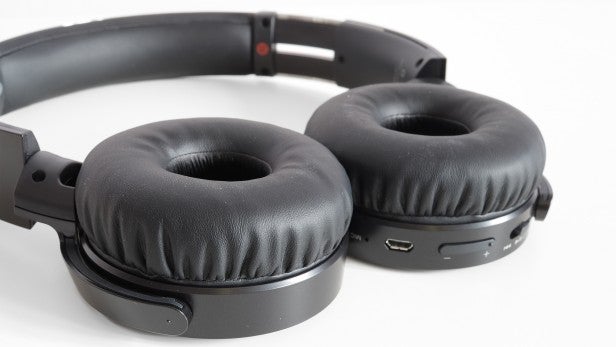 Sony has made a few other interesting decisions here, too. The MDR-XB650BT are wireless Bluetooth headphones, but don’t provide the option to use a cable when the battery runs out. There isn’t a jack socket at all. There’s a pretty sweet consolation prize, though: battery life is excellent.

At 30 hours, it’s the best stamina I’ve seen from sub-£100 wireless headphones such as this. As ever, Sony is a master of wireless audio tech.

The Sony MDR-XB650BT also have NFC, letting you just wave a phone over one of the cups to pair. Bluetooth performance is solid, and comprehensive controls can be found on the underside of the right cup. 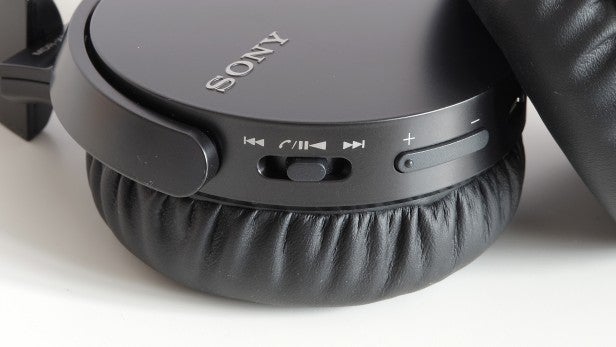 There’s a little volume rocker, and a joystick that lets you play/pause and change tracks without needing any kind of double-press gestures. Once you’re used to these controls, they’re much simpler to use than (most) touch controls, particularly if you’re in the middle of exercising. And yes, I realise I’ve said they’re otherwise not well-suited to running.

The Sony MDR-XB650BT use 30mm dynamic drivers, which may not appear in light of these being bass-heavy headphones. However, sure enough, bass is the unmistakable lead here. It’s big, bold and, sadly, not very good.

There’s significant bass bleed, where it starts to tread on the higher frequencies, fogging up vocals. In bass-heavy tunes, there’s even a sort of flattening-out of the bass, a kind of distortion. The Sony MDR-XB650BT offer up a lot of bass, but its quality is poor. 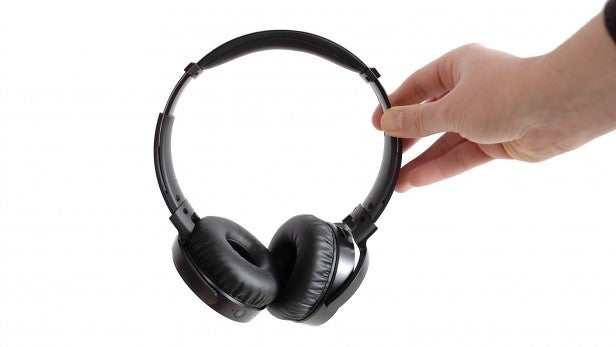 The rest of the sound is much less problematic. Treble isn’t harsh, the size of the soundstage is decent, and while you’re unlikely to get particularly refined mids at this price with a wireless headphone, they’re not detail-free either.

It’s the bass that’s at fault, and it makes the Sony MDR-XB650BT sound brash and lacking in taste, even when compared to the Beats Solo Wireless. Granted, the latest Solo pair is significantly more expensive, but even at this price you can get significantly better sound. 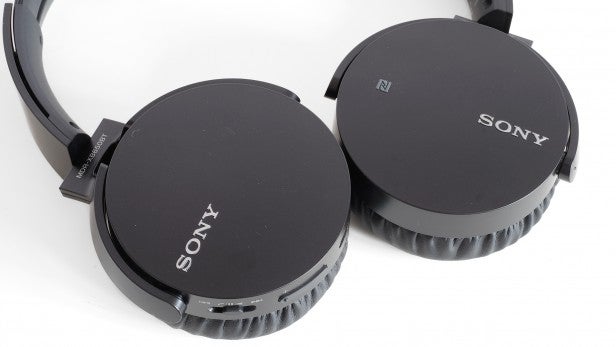 Should I buy the Sony MDR-XB650BT?

Criticising an ‘Xtra Bass’ headphone for being too bassy sounds silly, but bass isn’t simply big or small; big bass can be good or bad, too – and here it definitely isn’t good.

This is a shame, since the MDR-XB650BT are otherwise some of the most technically impressive wireless headphones at the price. They have NFC, aptX, excellent battery life, and Sony’s usual top-quality Bluetooth performance.

However, I’d happily trade the smarts for better sound. If you can afford to spend a little more money, £20 at the time of writing, the AKG Y50BT have fun and bouncy bass without the ill-effects. And if you only want to spend up to £90, the Urbanista Seattle sound better and display a more tasteful bass.

The Sony MDR-XB650BT are tech-packed headphones let down by sloppy bass.