At some point in the last few years, headphones started becoming terribly trendy again. With Dr Dre., Lady Gaga and even the Bieber lending their names to pairs, no self-respecting scenester seems to brave a train journey without a pair. The PQ1 headphones are Sony’s latest attempt at nudging into this style-aware market. They don’t have a famous name to shout about aside from the big S itself, but the design is far more eye-catching than that of any other Sony pairs we’ve tested this year.

Sony says that the MDR-PQ1 headphones are “Urban-designed”. Urban’s most vanilla meaning indicates simply something “relating to cities”, but the term is more laden with meaning in this case. It tells you that style matters to these headphones, and that the music Sony’s marketing department imagines blasting through them is more Jay-Z than James Taylor. 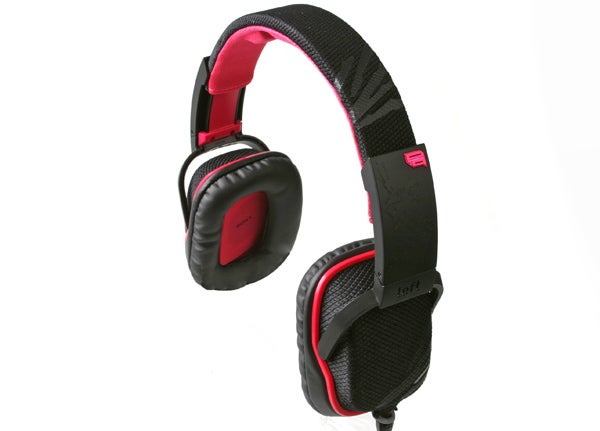 This sense of the young and hip is packed into many elements of the PQ1 design. The cups are covered with textured mesh fabric emblazoned with a casual, almost grafitti-like pattern, and there’s much more colour here than we’re used to. The inside of the cups, the inner part of the headband, the cable and the cup trim are all bright pink.

Few headphones have made us feel more glaringly white and middle class as these, during a jaunt through London’s streets, but as far as style-oriented headphones go, they’re actually fairly attractive. The colour scheme is more tasteful than most of Skullcandy’s over-ears pairs. for instance. They make the relatively unadorned, but similarly-priced, MDR-ZX700 look positively straight-laced, mind. 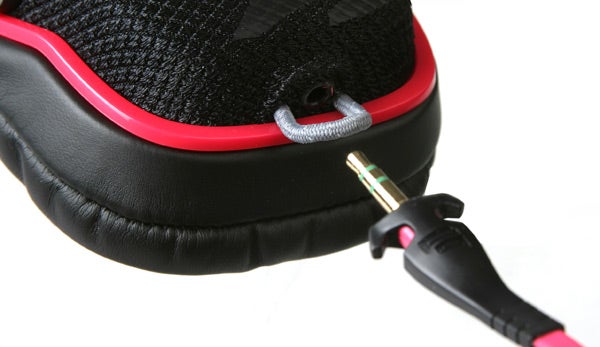 The urban styling works its way into their functionality as well as the look. Their cable, which plugs into just the left side, is removable and kept in place with a little bungee cord. Meanwhile, the headband is secured in place with little Velcro strips. These aren’t the kind of materials we’re used to seeing in headphones, and while they perform the job just fine it makes us wonder whether a simpler design would see more of the asking price piled into sound, rather than style.

They’re reasonably comfortable thanks to their light weight and decent (if a little firm) headband padding. However, we prefer the feel of Sennheiser’s HD models, and the MDR-ZX700. The headband feels strong enough when flexed in-hand, but on your head they don’t feel luxurious. If your ears stick out a bit, it’s also worth noting that the speakers are placed unusually close to your ear, thanks to the angle of the plastic plate they are mounted on. Bigger-eared wearers may find their lobes pushed against this plastic, which may quickly become uncomfortable. The faux-leather pads are also less soft than some alternatives, including Cresyn’s giant C720H. There’s none of the awkwardness of the Fanny Wang On-Ear Wang headphones’ fit here, but softer pads and a little more room for your ears would be a welcome change.

Considering their bold look makes the Sony PQ1 seem more like on-the-street headphones than ones to keep in your bedroom or lounge, it’s a little surprising that there’s no on-cable mic option here. Aside from being pink and flat, it’s a bog-standard design, with a typical 3.5mm stereo jack at each end.

These are closed-back headphones, which stops sound leakage and isolates you from external sound. However, we found the sound isolation to be fairly unimpressive. It’ll do for taking the edge off when on public transport or wondering the busy streets, but doesn’t compare well with a more robust over-the-ears pair or, of course, a decent set of IEM earphones.

Whenever a pair of headphones claims to have street cred in an urbanite fashion, warning alarms sound at TR towers – because you can bet that a lot of the time it’ll mean flabby, boomy bass that spoils the sound entirely. Thankfully that’s not the case here.

The Sony PQ1 headphones provide a decent thud, but it’s mostly free of the bloat heard in some style-driven alternatives – much less so than the MDR-XB700. It’s evidence that Sony is usually a safe pair of hands to entrust a set of headphones to, although this set is certainly not perfect. 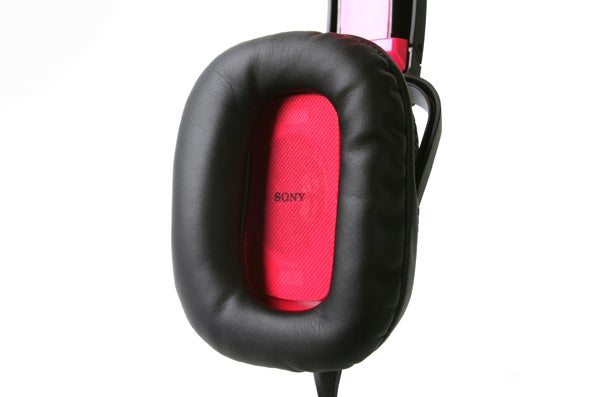 There’s quite a bit of treble roll-off at the top-end, resulting in a slightly boxed-in sound. The soundscape isn’t as wide as some alternatives either, such as the Cresyn C720H and Lindy Premium Hi-Fi, limiting quite how epic they can make your music seem. As you might imagine, they are a little more bouncy and fun than the relatively staid MDR-ZX700, but we’d opt for that more sensible-looking model on sound alone.

However, they don’t lose out on the scale benefits of full-size headphones entirely. The 40mm drivers provide more clout and scale than most comparable in-ear pairs, but in around the £70 mark is where headphones start to get really very good, and these can’t quite match the best. 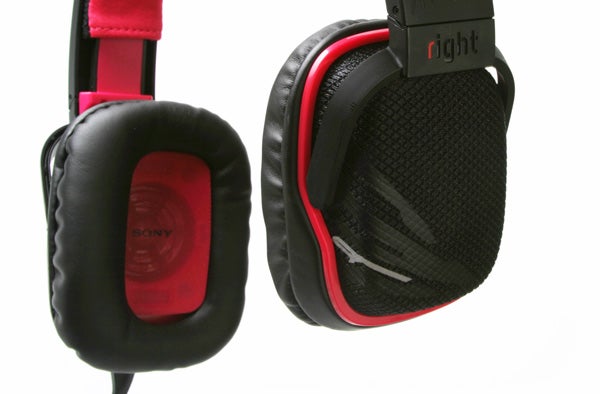 What we shouldn’t forget, though, is that for many buyers the Sony PQ1 will be an alternative to the over-ears Monster Beats, rather than something more ordinary-looking. In this light, it’s hard not to see them as pretty good value. Here at TrustedReviews, we tend to value performance over loud styling, especially when this styling is arguably a bit dubious. Other subtler pairs of headphones bring better sound quality and greater comfort for the same money. However, they are a sonic improvement over Sony’s XB-series headphones.

Style-driven headphones with 40mm drivers, the Sony PQ1 are a cheaper alternative to the Monster Beats if a bold look is high on your priority list. However, if you care more about sound than anything else, stronger performers are available at the same price. At least these ‘phones don’t fall into the trap of cramming in as much bass as possible, but treble roll-off and limited insight stop them from competing with the best.