In some ways the HW700s sound is spectacular. In particular their dynamic range is sensational, with bass handling proving able to do full justice to the sort of bonkers low-frequency rumbles employed by most modern action movies – most notably during our tests The Dark Knight Rises and Independence Day (the early shot of the shadow of an alien space craft passing over the moon is a classic low-frequency test).

The heavy-duty bass is delivered without dominating the mix, moreover, and also without causing any distortion in the driver units.

The apparent ease with which the HW700s can deliver their bass depths means they’ve still got headroom with which to also handle comfortably the detailed high treble information that brings the best soundtracks to life.

For everything that sits between the extreme highs and lows there’s a mid-range that’s dynamic, aggressive, open and, best of all, beautifully integrated with the more extreme frequencies. There’s never a sense of the highest or lowest sounds appearing dislocated from the mid tones. 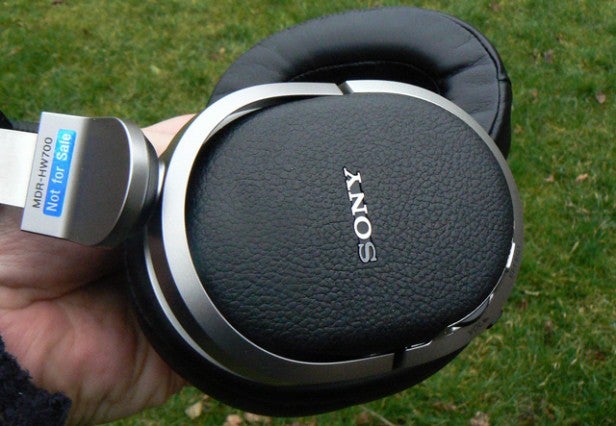 Obviously any set of headphones claiming any sort of surround sound capabilities – never mind 9.1-channel ones – needs to deliver some sense of a surround sound presence if it’s not to fall flat on its face. So it’s a relief to find the HW700s producing an actually pretty remarkable sense of audio emerging from all around you. What’s more, the scale of the film – or game – soundstage it produces creates a world much larger than the physical presence of the headphones.

You never feel, either, like parts of the sound are coming from a single ‘point-source’ driver, despite the proximity of that driver to your ear.

Impressive though the surround sound effect is, though, it’s a little hard to say just how much benefit you really get from the 7.1-channel capabilities. The best we can say is that audio clips featuring objects transitioning from, say, rear left to front right sound pretty much flawless in their audio ‘journeys’, with just the sort of smooth sense of spatial passage we would associate with a real 7.1-speaker arrangement. But then we wouldn’t expect to hear as many ‘gaps’ in the soundstage with a set of headphones as we would with a real 5.1-speaker system anyway.

What’s a little easier to detect, though, is the presence of a sense of height in the front soundstage, lending some justification – however small – to the 9.1 claims. The height channel impression is subtle to be sure; we’d argue you only really notice it during a sequence with a really very pronounced height effect, such as The Dark Knight Rises scenes featuring the ‘Batwing’. 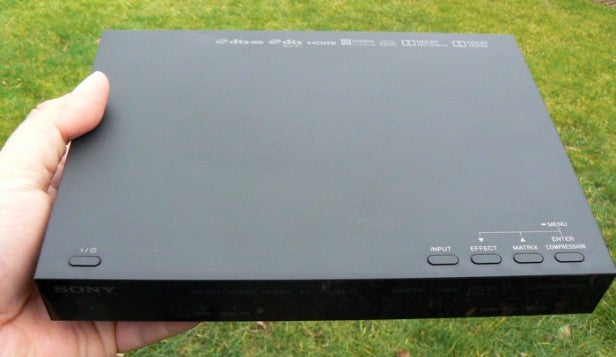 Still, any audio trick that subtly helps paint a clearer, more coherent sense of space is worthwhile, and the fact that Sony has managed to deliver this sense of height at all in the limited audio scope of a set of headphones is pretty remarkable.

There is, though, one fairly substantial – if probably unavoidable – flaw with the HW700’s surround sound effect. While dialogue appears to stand forward of most of the mix and is extremely clear, it still feels distractingly dislocated from what you’re watching. The words spoken sound like they’re in your head, rather than like they’re coming from the mouths of the actors on the screen.

Your brain compensates after a while to some extent, but the problem remains a substantial break in the sense of immersion that everything else about the headphones works so hard to create. Though it must be said, of course, that it’s hard to imagine how any set of surround headphones could avoid this problem.

Another slight issue is that there’s a limit to how loud you can push the HW700s before the detail in the mix starts to reduce, and before dense sequences start to sound a little harsh. But the point at which this problem kicks in is well beyond what most people would consider a comfortable volume level.

Turning finally to the HW700s performance with music, again the huge dynamic range on offer is to the fore, handling thumping bass tracks robustly while shrieking guitars or soaring vocals are aggressively imposed over the top. Stereo mixes are effectively delivered, and detail levels are high during relatively quiet pieces.

There is a marginally over-dense feel to the mid and upper range parts of rockier mixes though, and sudden surges in bass or drums can catch the drivers out slightly, causing a thumpy sensation never experienced when watching films. There’s also a little harshness at high volumes with dense music.

It’s worth stressing, too, that you need to switch the headphones to their ‘Voice’ (music) effect setting, as sticking with either of the other effects doesn’t make for a pleasant music experience at all.

The results just described, though, were achieved using normal CDs and MP3/AAC files. Feed the HW700 (from the lovely Sony NWX-F886 portable music player) high-resolution files such as the FLAC version of Radiohead’s King of Limbs LP from 7Digital and it comes to life, with a markedly more open and clean sound. Still overall, though, we always felt that the HW700s favoured movie-like aggression over the musicality you can get from dedicated ‘hi-fi’ cans.

As hoped, the HW700s are extremely comfortable to wear. We had them on for a couple of four-hour stretches while doing this review, and our ears never once felt squashed, sore, cramped or clammy.

It occurred to us during our time with the HW700s that it might have been nice if Sony had provided a dedicated charging dock or stand, and that a hand-held remote control would also have been a welcome addition. However, we guess these would have added to the HW700s already challenging cost. 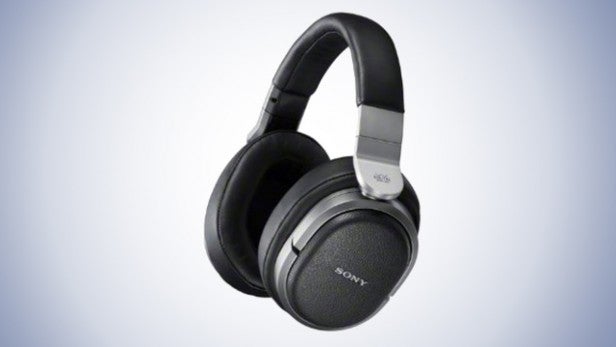 Should I buy the Sony MDR-HW700 headphones?

If you don’t have a separate audio system, or you’re a film fan fond of late night family-disturbing movie/game sessions, or you’re stuck in a block of flats/semi-detached/terraced house and thus can’t give film soundtracks full without the risk of the cops busting your door down, the Sony HW700s are a dream come true. We’ve certainly never heard a more convincing, clear and powerful stab at recreating a surround soundscape from any half-way affordable headphones.

Even the only surround sound flaw, the dislocation of dialogue from the screen, is basically unavoidable when using headphones for TV viewing, so it’s not really fair to hold this against the HW700s. Especially as they do at least try to position the dialogue to the front of the surround sound mix a little, which is more than most rival surround headphones do.

If, though, you’re first and foremost after a set of serious hi-fi music headphones and just fancy the surround sound capabilities as a ‘bonus’, despite their high-res audio support the HW700s’ sound predilection for film mixes over music mixes may make a pair of more music-focussed high-end headphones like the Sennheiser Momentum or Sony MDR-1R a more satisfying bet.

While the HW700s are only good rather than spectacular music performers, they’re capable of completely transforming gaming or movie sessions where you either don’t currently have any surround sound kit or else you regularly find yourself wanting to play or watch stuff in antisocial circumstances.

Next, read more headphone reviews or pick from our selection of the best headphones