Look, we promise we’ll do something small next time, OK? But really, even though we’ve only just covered a 103in TV we just can’t wait any longer to get our teeth into Sony’s KDS-70R2000: a relative tiddler with its mere 70in screen…


Actually, we have to be honest and say that while the 70R2000 does have 33in less screen acreage than the Panasonic TH-103PF9, it’s only slightly less of a handful for your living room to handle. For while you thankfully don’t need full professional installation teams plus cranes to get one into your home, you do need to accommodate something that we seldom see on a TV these days: a big (as in 60cm) bottom.


For the 70R2000 is certainly not a flat TV. In fact, it’s a rear projection TV. Remember those? The incredible hulks which seemed to us like the answer to our big-screen-on-a-budget home cinema prayers but which started dying out like the dinosaurs thanks to the fact that none of you lot actually bought any?! 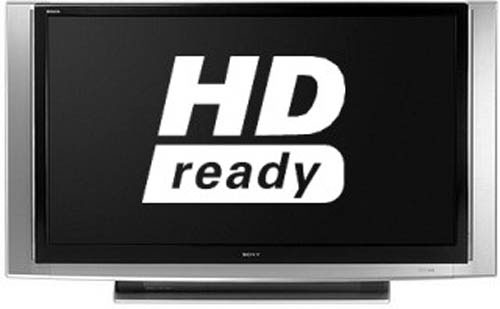 Before you start recalling memories of horrific CRT rear projection behemoths down your local sports bar in the late 1980s, though, be assured that rear projection has come a mighty long way since those dark early days. And the 70R2000 takes the format on yet another step.


The main thing that sets the 70R2000 apart from rear projection predecessors – aside from its enormous size, obviously – is the fact that it uses Sony’s new SXRD projection technology. This system, which is effectively a patented refinement of Liquid Crystal on Silicon technology, has delivered some truly remarkable results in the front projection world, so we have very high hopes for what it might achieve in this rear projection configuration.


Two things about the SXRD system in the 70R2000 that immediately stand the TV in good stead are its delivery of a huge claimed contrast ratio of 10,000:1, and a full HD pixel count of 1,920 x 1,080. What’s more, this full HD spec is fully supported by the ability to portray 1080-line sources on a true pixel for pixel basis (with no overscanning) and the facility to take 1080p sources like Sony’s own PS3 games console as well as the usual 720p and 1080i HD options.


It receives its 1080 feeds, meanwhile, via a happy combination of two HDMIs and, unusually, two component video inputs, with further connections including two RGB Scarts, an analogue PC port, a Common Interface port for adding subscription channels to what’s clearly a built in digital TV tuner, and a digital audio output for passing on multi-channel digital audio data that might come in via the HDMIs.


One other discovery is potentially less welcome. For it turns out that the 10,000:1 contrast ratio claim is down in part to the TV’s use of a dynamic contrast arrangement, whereby the output of the projection lamp is reduced during dark scenes to improve black level depth. In other words, there’s the potential for you to be distracted by constant shifts in brightness as the lamp adjustments occur, and there’s the simple fact that the TV’s maximum brightness and deepest black levels will never co-exist.

Right from the off the 70R2000 completely rewrites the rear projection performance rule book. Particularly noteworthy in this respect is how completely free images are of any sort of technological flaws. So: there are none of the colour convergence and image focus issues of CRT; none of the ‘screen door’ effect problems of LCD; and none of the rainbow effect and motion noise problems of DLP. Instead you get a fantastically pure picture with nothing to throw up a ‘wall’ between you and what you’re watching. This image purity in conjunction with the set’s sheer size makes for a level of immersion in what you’re watching that we’ve seldom experienced before.


Next to impress is how amazingly sharp HD pictures look. That full HD resolution is used to maximum effect in portraying every last lovely pixel of detail from, say, a 1080p feed of the sensational Casino Royale Blu-ray transfer. In fact, seeing the disc playing on a full HD screen as big as this makes us appreciate anew both the quality of the film transfer, and just how advantageous a full HD TV can be, since using the provided pixel-for-pixel mode, there’s not a trace of softness or noise attributable to scaling processing.


Contributing still further to the jaw-dropping impression of sharpness from this TV is the way it loses hardly any resolution while showing moving objects. With a lightning fast response time of just 2.5ms, it rivals plasma and thrashes 95 per cent of LCD TVs in this key area.

The set’s black level response, meanwhile, really is nearly as profound as the extravagant 10000:1 contrast claim would lead you to expect. The darkest, dankest corners of Gears of War are portrayed effortlessly, for instance, with no sense at all that you have to strain your eyes to make out what’s going on there. We also seldom if ever felt conscious either of obvious brightness shifts caused by the continually adjusting projection lamp, or of dark scenes lacking dynamism thanks to any brightness reductions.


Yet along with the vibrancy you get outstandingly natural colour toning, a fact which delivers another sucker punch to practically every previous rear projection TV technology we’ve seen.

And still we’re not done with the TV’s strengths. For also to be applauded is the way the image’s brightness remains completely uniform right across the frame, even into the corners, thereby dodging another traditional rear projection shortcoming. And finally the set’s audio is nearly as potent and grandstanding as its pictures, as the 70R2000 uses its necessary bulk to great effect in producing healthy bass levels, plenty of volume and a highly expressive audio range.


So is there anything bad to say about the 70R2000 at all? Well, we guess there’s no avoiding the fact that it’s not quite as at home with standard definition sources as it is high definition ones. It actually scales them up to its full HD resolution rather better than many smaller full HD screens we’ve seen, but there’s certainly a touch more general softness and more obviousness to MPEG decoding artefacts with digital broadcasts than you might ideally want.