The 55W829 is a £999 55-inch TV from near the top of Sony’s 2014 Full HD (as opposed to 4K) TV range. It comes with 3D on board, as well as Sony’s latest Smart TV system, some pretty high-level picture processing and, hopefully, Sony’s sometimes nifty touch when it comes to getting the very best out of edge LED backlighting.

The 55W829 wears its 55 inches well. For starters its frame is remarkably slender – under one centimetre for the top, left and right sides, and only a bit wider along the bottom edge. The ‘barely there’ feel is enhanced by the way the large screen is supported – without instability – on a remarkably small open-frame metallic desktop stand. 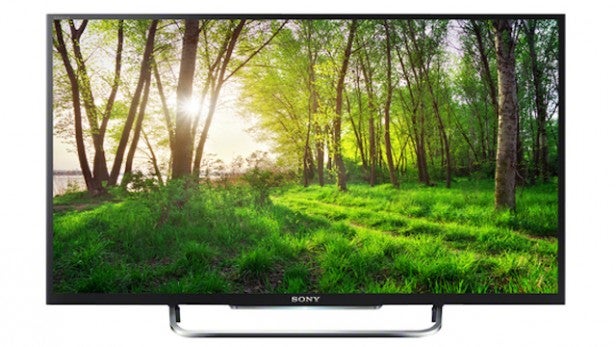 Connectivity is bang on the money. There are four HDMIs for HD video duties, two USBs for multimedia playback from USB storage drives (or recording from the TV’s Freeview HD tuner), and both LAN and Wi-Fi options for getting the 55W829 on your network.

There are two reasons for doing this, as per usual. One is that it lets you stream into the TV multimedia content from networked computers and tablets. The other is that you can take the TV online, either through an open web browser or, more usefully, through Sony’s SEN ‘walled garden’ of content specially optimised to work with a TV rather than PC interface.

Having covered SEN in detail in a separate feature, we’ll restrict ourselves here to the most important points. Where video streaming services are concerned, highlights are Netflix, Amazon Instant, the BBC iPlayer, Demand 5, Sky News, YouTube and Sony’s own Video Unlimited and Entertainment Television platforms – though there are plenty of smaller, more specialist services besides. You don’t, though, get 4OD or the ITV Player.

The SEN also offers the facility to learn your viewing habits and recommend content accordingly, and offers a useful and innovative content-finding aid in the form of a Discover menu that provides a vertically scrolling list of selected highlights and can be accessed via a dedicated button on the remote.

SEE ALSO: Our pick of the Best 4K TVs 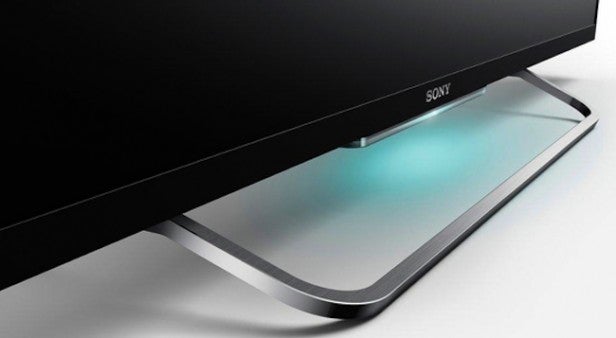 The main problems with the SEN – aside from the missing ITV and 4OD apps – are that it runs frustratingly sluggishly at times, and fails to offer any opportunity for streaming your TV content to second screens.

The 55W829’s picture technology is promising. It sports Sony’s excellent X-Reality Pro video processing, designed to quickly identify and optimise the TV’s picture settings for all manner of different content types. It’s got an 800Hz-emulating system for improving motion clarity, and although you don’t get Sony’s Triluminos colour technology for expanding the available colour gamut you do get Reality Creation, which lets you tweak the resolution and noise in pictures to an exceptionally fine degree to make images look more natural. Though actually most people will be more than happy to leave the Reality Creation system to its own devices via its Auto setting.

Other worthwhile tricks are a Smooth Gradation option for smoothing out colour gradations and reduce false contouring, and both black correction and advanced contrast enhancement (which adjusts the contrast based on an analysis of the incoming image content) for boosting the look of dark scenes.

The last key feature to mention on the 55W829 is its 3D playback. This is of the active sort, with two pairs of free glasses included with the TV.

For once we don’t have to say a great deal in this section. For thanks to its X-Reality processing the 55W829 does a remarkably good job of continually assessing incoming images and automatically applying to them the most appropriate of a long list of picture presets (through the TV’s Scene Select feature). 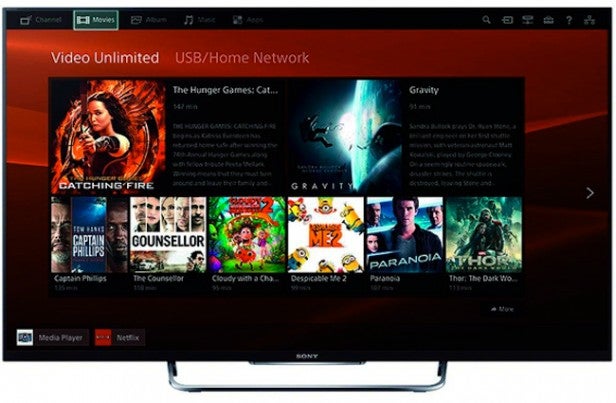 So effective is this system that the only tips worth contributing are that you never leave the black correction or advanced contrast feature higher than their Low setting (and you may well rather just turn them off); that you never set the MotionFlow system higher than its Low setting to stop pictures starting too look processed; and that you turn off all noise reduction systems when viewing HD content.

Even if you can’t be bothered to do any of those things, though, the 55W829 will still deliver far better pictures straight out of the box than the presets of any other mainstream brand.