The 55W805C’s picture quality is mesmerising. The highlight – or, at least, the thing that struck us first – is its truly outstanding contrast. Dark scenes look totally convincing: black areas of the picture look sufficiently dark against the bright areas, which look dynamic and bold despite the set having to limit its light output to create a credible black tone for the majority of the image. This is an achievement made all the more remarkable by the fact that the TV doesn’t sport local dimming.

It’s clear that Sony hasn’t used an IPS panel design in the 55W805C, as it did to such unfortunate effect in some of its 2014 TVs.

It isn’t only the depth of the 55W805C’s reproduction of blacks that make it such a brilliant home-cinema display. Also remarkable – and further evidence of Sony’s almost impossibly clever light management – is the shadow detail that the set is able to deliver in dark corners of an image. There’s no sign of the hollow, unrealistic look commonly associated with LCD TVs when attempting to deliver blacks as deep and rich as those on show here. 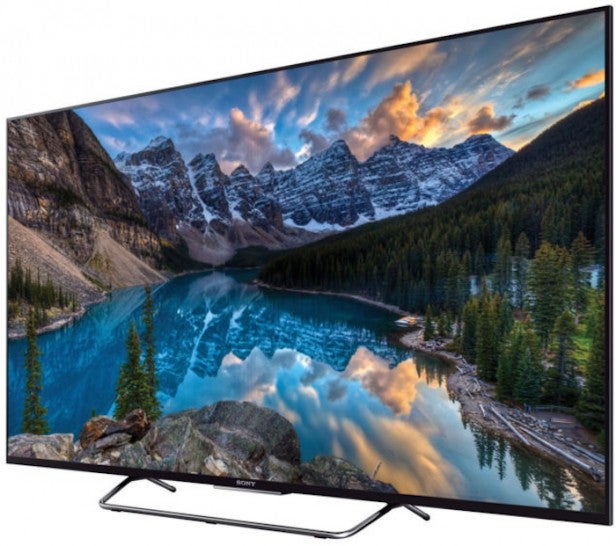 We were also delighted to see that Sony achieves all this without so much as a trace of the backlight clouding problems that plague so many LCD TVs. The 55W805C’s screen is unusually good at soaking up reflections from light sources in your room, which also helps it to deliver outstanding dark scenes.

Profound black levels usually lead to dynamic colours, and that’s the case with the 55W805C. In fact, as previously mentioned, colours can be a touch too strong if the Live Creation tool is set to its default level, even though the 55W805C doesn’t sport Sony’s Triluminos colour engine.

With minimal tweaking, though, the 55W805C delivers image quality that combines richness with levels of subtlety, precision and balance that, frankly, look almost 4K-like at times. Skin tones are free of blocking or striping artefacts, and look natural, avoiding the pink, orange or green undertones commonly present on LCD TVs.

The combination of balanced tones and exceptional contrast performance also helps the 55W805C’s pictures deliver superb field depth and object solidity that we’ve come to associate with only the very finest picture performers.

The 55W805C excels with sharpness and detail, too. The quality of its processing – especially where contrast management, colour toning and motion clarity are concerned – helps it deliver pictures that squeeze out every last pixel of information from a good Full HD source. 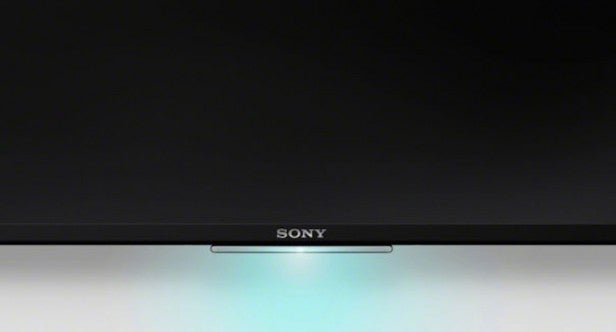 The 55W805C is certainly no slouch at standard-definition pictures either. The X-Reality Pro system delivers one of the best upscaling performances around, giving images immense detail and sharpness, without bringing undue attention to source noise. It’s also great to see that the 55W805C retains the well balanced, rich colours seen with HD – something many rival LCD TVs struggle to achieve.

It’s difficult to find fault with the 55W805C’s picture quality. As already noted, it does suffer with surprising amounts of motion blur if you don’t treat the contrast and noise-reduction circuits with caution, and we guess you might also point out that you can achieve darker blacks still from TVs that use direct LED lighting with local dimming. But this really isn’t a fair comparison given the 55W805C’s affordability relative to typical direct LED TVs, and shouldn’t detract from the fact that the 55W805C’s contrast performance is by any standards superb.