The 55W805C gets frustratingly close to being as stellar with 3D as it is with 2D. It’s exceptionally good at delivering the Full HD resolution associated with the active 3D approach, creating 3D worlds that feel tangible and realistic enough to reach out and touch. This model is also exceptional at avoiding the judder commonly associated with 3D on LCD TVs, tackling it without leaving the picture looking unnatural or over-processed.

Colours and contrast with 3D content are both superb, helping the screen create a wonderfully assured, large-scale and believable sense of depth and space from good-quality 3D transfers. 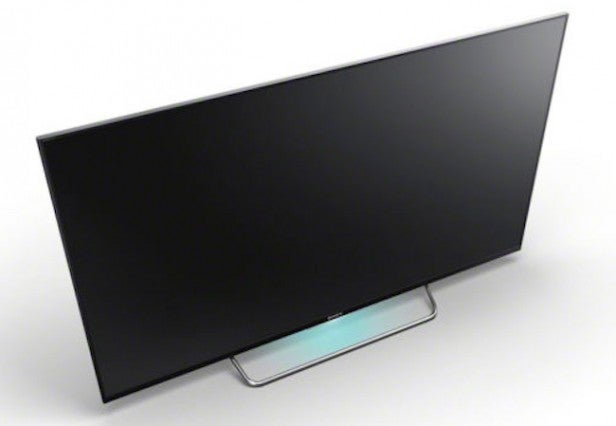 For much of the time, the 55W805C suppresses crosstalk noise much better than many of Sony’s previous 3D TVs. The only problem is that, oddly, when crosstalk does appear, it appears surprisingly aggressively, proving more of a distraction than more generalised but lower-level crosstalk.

This is undoubtedly the 55W805C’s weak spot. When fed anything challenging, the speakers become swamped, presenting audio that sounds swallowed, compressed and boxed in.

There isn’t much bass, and the soundstage feels a bit wishy-washy and indirect. Voices, too, tend to sound pretty unconvincing: thin, artificial and dislocated from the environment within which they appear.

These shortcomings are disappointing given the class-leading audio Sony achieves with its magnetic fluid speaker TVs.

The 55W805C is a strikingly good screen for gaming. Input lag measures around 20ms when using the TV’s Game mode, which means it won’t be to blame for any gaming disasters you may suffer. Also, it’s great to see that the Game setting really does turn off all the picture processing for you; it doesn’t try to sneakily leave on some settings like others do.

This is a tricky question to answer with any HDTV this year given the momentum that seems to be gathering behind 4K. And I guess it’s a question made even more problematic here by the fact that this premium HD set costs more than some similarly sized 4K TVs.

The stunning quality of the 55W805C’s pictures make the answer a bit easier: we can confidently say that if you decide that HD is enough for you, it’s hard to imagine any TV in 2015 doing a better job than this Sony.

If 4K isn’t for you, and you’re prepared to consider adding an external audio system at some point, the 55W805C’s picture quality is just about as good as HD will likely ever get.