With Sony expected to launch a new, updated range of LCD TVs any day now, something rather splendid is happening to the brand’s current range. Basically, they’re having their prices slashed. And when we say slashed, we mean slashed. For having once being yours only if you could find the princely sum of £2,200, Sony’s 46S2010 is now available for just £1,389 – a price fall of nearly a grand, and one which makes the 46S2010 one of the cheapest 46in TVs ever. So if it can deliver the same sort of image quality witnessed on numerous other models in Sony’s current Bravia range, it could just be one of the biggest LCD bargains ever. Fingers crossed…


Aesthetically the 46S2010 is sort of OK looking. Its dark grey colour scheme feels old school without being hip, and its matt, distinctly plasticky finish feels uncharacteristically cheap for a Sony TV. Somehow, though, its sheer size sort of carries the day. 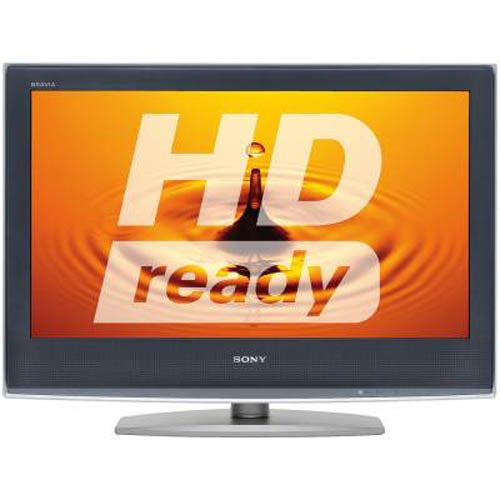 Connectivity has a nasty surprise up its sleeve: only one HDMI. We guess this limited digital video support is just about defensible on a TV with such a deflated price – but before we’re too generous to Sony, let’s not forget that this set was once well over two grand, and at that sort of level one HDMI just isn’t enough.


Elsewhere the 46S2010 manages to tick most of the key connection boxes, including a component video input for analogue HD sources like the Xbox 360, a VGA PC input, a couple of Scarts, and those rubbish composite and S-Video connections manufacturers still seem to think we want.


In terms of other key specifications, the screen boasts a native resolution of 1,366 x 768 – down from the full HD 1,920 x 1,080 offering of Sony’s X Series screens, but fair enough for £1,389 – and certainly enough to win the set its HD Ready badge of honour. The set also sports a digital tuner, backed up by both a slot for adding payTV subscription cards and a comprehensive 7-day electronic programme guide (EPG). This EPG comes complete with the facility to set recordings just by highlighting programmes on its listings.


It’s also pleasing to find that even though the ‘S’ part of the 46S2010’s name signifies that it lies towards the bottom of Sony’s current range, it still carries two key new Sony technologies: Super Vertical Pattern Alignment (SPVA) and Bravia Engine. 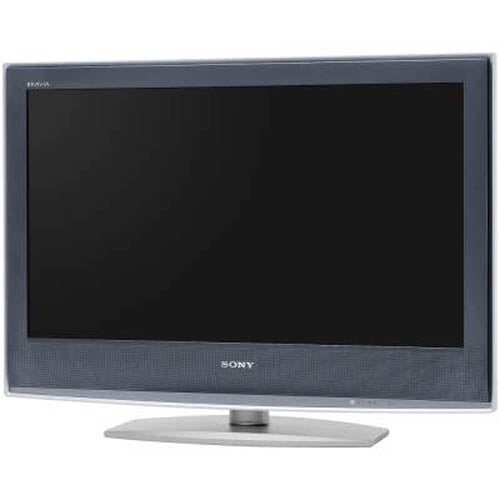 In case you’re not familiar with these from previous reviews, SPVA involves using angled sub-sections in each LCD pixel to ensure their light is distributed over a wider area so that the screen can be watched from a much wider viewing angle. And the Bravia Engine is a new proprietary image processing system – the first Sony’s developed exclusively for LCD TVs – that works to produce better colour tones and blends; improve contrast and noise reduction; and keep all image scaling entirely in the digital domain for better clarity and less interference.


Other tricks tucked away inside the 46S2010’s onscreen menus include a backlight adjuster, an unusual horizontal and vertical image shift section should you find that a source doesn’t align itself quite correctly on the screen, a contrast booster, a tool for reducing the blockiness caused by MPEG decoding artefacts, and adjustments for the set’s gamma levels.

We should probably note before getting into how the 46S2010 performs that it doesn’t sport Sony’s Wide Colour Gamut (WCG) technology for expanding the range of colour the TV can produce. If you want WCG you’ll need to step up to Sony’s V or X series models.


We have to say that the lack of WCG becomes pretty quickly apparent as we settle down to watch the 46S2010 in action. Colour-rich content such as Viva Pinata from the Xbox 360 just doesn’t look quite as exuberantly vibrant as on Sony’s WCG models, and films tend to look a touch less naturally toned, especially during darker scenes. 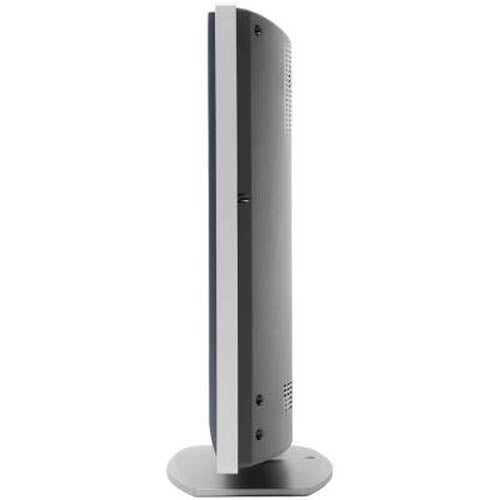 Still, while it’s right to illustrate the case for stepping up to one of Sony’s higher-grade TVs, it would be wrong if we left you with the impression that the 46S2010’s colours are actually bad. In fact they’re really quite good within the TV’s ‘46in screen for under £1400’ context.


Completely excellent by any price standards, meanwhile, is the image’s sharpness when handling high definition sources. Sure, things don’t look quite as defined and noiseless as they did on the Full HD X Series Bravia we tested, but nonetheless every HD source we threw at the 46S2010 – King Kong on HD DVD, The Revenge of the Sith on Sky HD, Gears of War on the Xbox 360 – never failed to look anything less than sensationally sharp. And noiseless with it.


Black levels, meanwhile, although not outstanding are certainly solid enough to give pictures generally plenty of snap, and dark scenes specifically a fair sense of scale and naturalism. As for Sony’s once rather excessive problems with handling motion on an LCD TV, even the frenetic action on show during the huge opening space battle of The Revenge of the Sith seldom suffers with any significant blur. 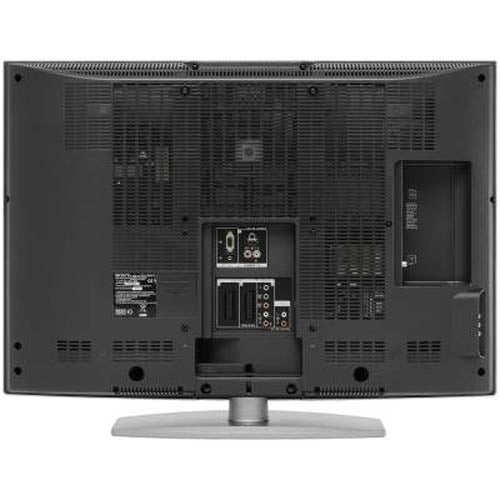 A couple of points stop the 46S2010 from quite winning us completely over to its cause, though. First, though black levels are decent, other brands – Philips, Sharp and Panasonic to name three – are now going even deeper with their blacks.


Far more troubling, though, is the Sony’s performance with standard definition pictures. The extent to which the picture looks more noisy, loses some of its colour naturalism and suddenly suffers with smearing over motion occasionally becomes really quite aggravating. Though to be fair, these moments of actual annoyance only occur where a source image is itself of a particularly low quality.


The 46S2010’s sonics are entirely acceptable given its price. They don’t rival the almost hi-fi delights of the very best-sounding TVs out there, but they certainly achieve enough soundstage scale, dynamism and frequency response to at least do the scale of the 46in pictures proud.


The 46S2010 is ultimately a good rather than spectacular performer made much more desirable than it otherwise would be by a new, lower price that must have Sony’s accountants’ eyes watering