After suffering a surprising stumble with its flagship 2014 55-inch HD TV, the 55W955, Sony has with the 42W705B happily got right back in the excellent picture quality groove established by the previous 40W605 and 50W829 models.

The single biggest reason for this is black level response. Dark scenes are rendered superbly well for a TV at the 42W705B’s price level, thanks to deep, rich black colours able to plumb the darkest depths and corners of even the most contrast-extreme films.

What’s more, the 42W705B achieves its excellent black levels impressively naturally. You don’t really need to use the provided dynamic contrast system, so you don’t need to upset image stability with the sort of light level ‘flickering’ often associated with dynamic contrast engines. That said, even if you do opt to boost contrast slightly via the Dynamic Contrast system the picture still looks more stable than we would have expected, at least so long as you stick with the Low dynamic contrast setting.

Backlight uniformity is laudable for an edge LED TV too. Using the Cinema presets for movie viewing, our review sample exhibited no signs of backlight clouding and inconsistency, even when showing content containing a stark mix of dark and bright material. 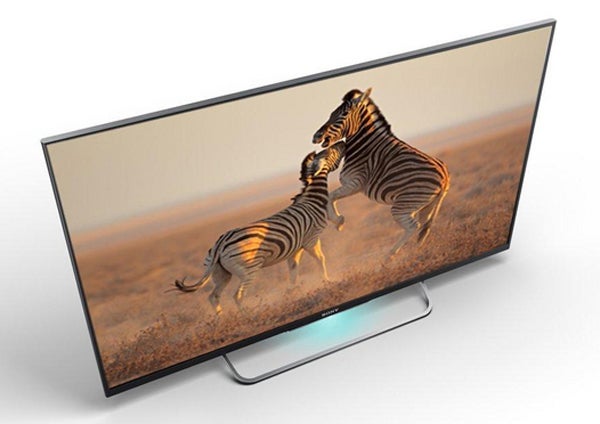 Perhaps the ultimate demonstration of how good the 42W705B’s ‘native’ contrast performance is, though, is the effortlessness with which it presents striking amounts of shadow detail and subtle greyscale information in even the darkest corners. There’s no sign of the hollow, flat feeling you get with many affordable LCD TVs as they fail to resolve a convincing black colour.

As we see time and time again, moreover, the good black levels of the 42W705B give rise to some great colour handling too. With the Cinema modes that kick in for Blu-ray viewing tones look natural and well balanced right out of the box, as well as benefitting from a tonal range subtle enough to avoid the striping and blotching artefacts less able colour performers can suffer with.

The modes the set defaults to for TV viewing are slightly over-aggressive and a little too orangey for our tastes, but it doesn’t require much effort to put things right.

The 42W705B also outperforms its price level with its motion handling. Even the endlessly swirling, hyperactive camerawork used during the action scenes in the first Hobbit film are handled well, with less judder than we’d usually see; relatively little reduction in sharpness and detail; and no smearing or lag problems.

The fact that the 42W705B can produce a naturally strong black level response also helps it produce engagingly bright pictures even when showing relatively dark scenes – though it is true to say that the image’s intensity can drop off quite noticeably if you have to watch it from any significant angle.

The only other negative point that struck us during our tests is that the 42W705B’s HD pictures don’t look quite as sharp and detailed as those of some more expensive rivals – including Sony’s excellent 50W829.

This is, though, actually just a minor wrinkle in what remains an overwhelmingly strong picture performance.