If TVs could feel pressure, Sony’s KDL-40HX723 would probably be chained to the toilet right now, stomach knotted with nerves. For at the risk of making its performance anxiety even worse, potentially Sony’s entire year depends on the 40HX723 delivering the goods.

After all, so far Sony’s 2011 has been an annus horribilis, at least where 3D is concerned. For both the 2011 Sony 3D sets we’ve tested to date, the 32EX723 and its bigger 40EX723 brother, have proved pretty disastrous when required to venture into the third dimension, with their 3D pictures suffering so much crosstalk (double ghosting noise) that they’ve been frankly unwatchable.

As we say, then, the 3D-capable 40HX723 arrives with the weight of the world on its shoulders, needing to prove – emphatically – that Sony really does know its 3D onions. 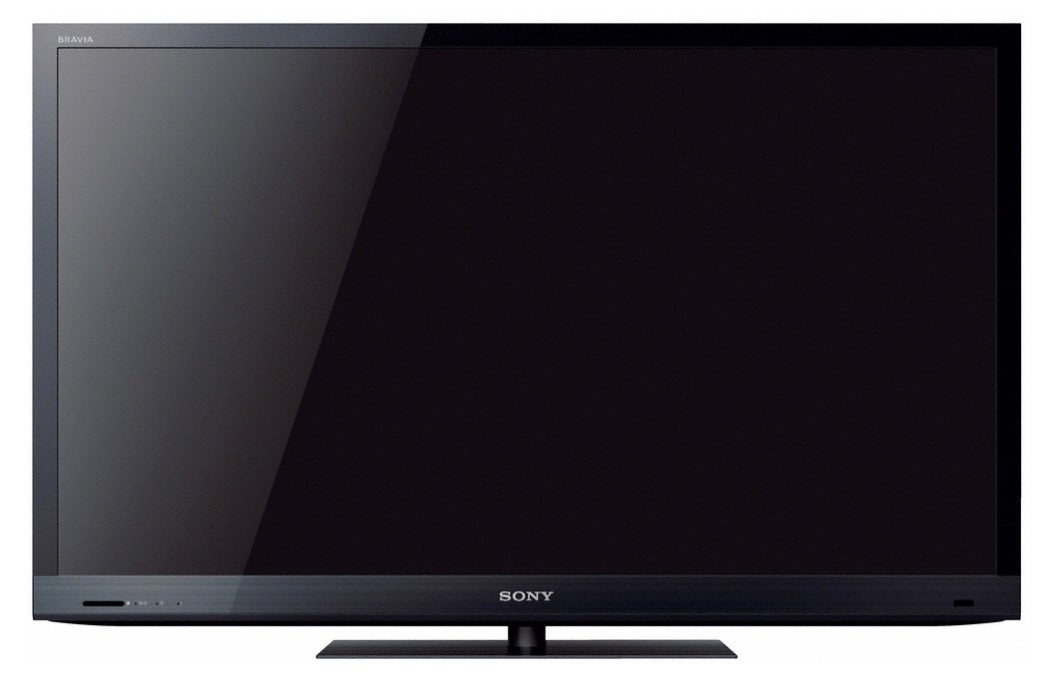 Fortunately it looks on paper, at least, like the 40HX723 might be up to the task. It sits a couple of steps further up Sony’s TV range than the EX723 series, and justifies this position by employing Sony’s MotionFlow XR 400 video system. This essentially means the 40HX723 can deliver video with an equivalent refresh rate double that of the EX723s – a potentially very handy trick when it comes to dealing with crosstalk.

Joining the active 3D/increased refresh rate headliners on the 40HX723’s spec sheet is its compatibility with Sony’s Bravia Internet Video (BIV) online service. For us, BIV represents the best of the current ‘smart TV’ systems, for the simple reason that it concentrates almost exclusively on supplying what you actually want on a TV: on-demand video content.

Service providers include the BBC iPlayer, the Demand 5 Channel 5 catchup service, Sky News, Eurosport, Lovefilm, a ‘World of Sony’ collection of classic TV series, and Sony’s Qriocity subscription service. And this really is just the tip of the video-streaming iceberg.

The 40HX723 also provides Facebook and Twitter apps, as well as a Web browser and Skype functionality if you cough up for an optional webcam. It’s the video services that provide the focus of Sony’s online efforts, though, and this is just fine by us.

If you’d rather watch stuff stored on your PC or USB sticks, then the 40HX723’s got your back there too. For the LAN port that gets you into BIV can also stream files from DLNA-ready PCs, while two USBs can handle photo, music and video file formats. The USBs can also record from the built-in Freeview HD tuner, or make the TV wi-fi ready via an optional dongle.

Actually, the fact that this dongle is only optional rather than being included as standard is a bit annoying when you think that Samsung’s recently reviewed 40in 40D6530 3D TV managed to include built-in wi-fi for less than £800, while Sharp’s 3D-capable and 6in bigger 46LE831E managed to include a wi-fi dongle while costing just £1120.

Add to all this the fact that the 40HX723 also doesn’t ship with any 3D glasses included as standard, and there really is no denying that the 40HX723 looks a little expensive for a 40in TV. So that’ll be even more pressure on its performance, then!

Heading into the 40HX723’s onscreen menus proves to be a surprisingly daunting exercise thanks to a menu structure that probably sounded good on paper but is very tortuous in practice. Press the menu button and the picture you were watching reduces in size so the screen can throw up a dual-axis menu system without impinging on the picture. Which is cool. However, it quickly becomes apparent that the way the dual-axis menus are presented and structured isn’t very intuitive at all, requiring far too much scrolling around through menus that are too obscurely ‘labelled’ and ordered.

This wouldn’t be so bad if you only had to delve into the menus very occasionally, but actually the amounts of processing the 40HX723 employs will potentially have picture enthusiasts tinkering with some of the options fairly routinely. 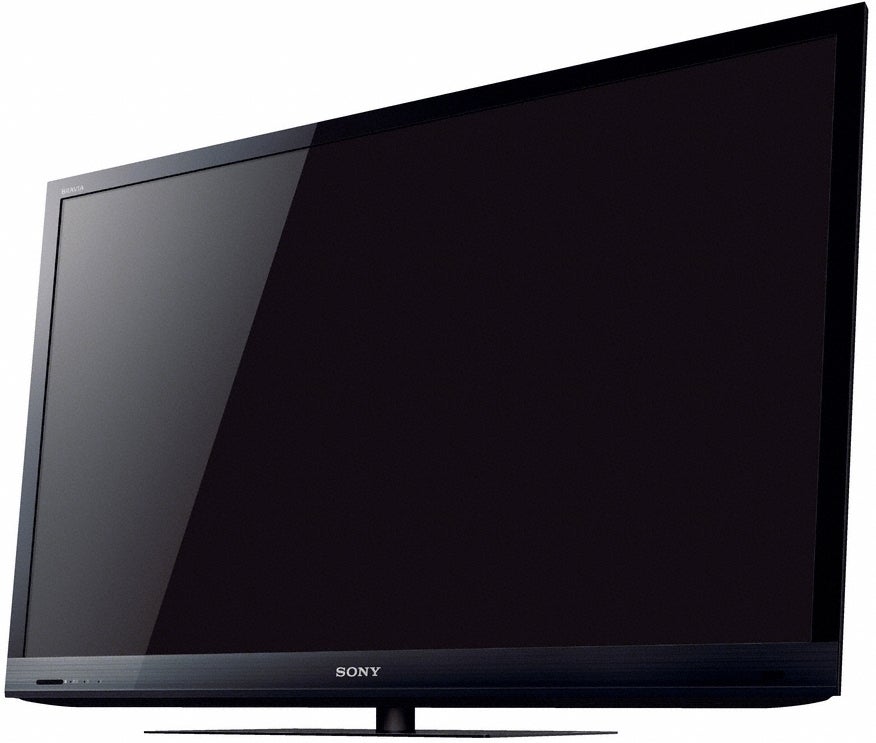 Among the picture adjustments we’re talking about are Sony’s Reality Creation engine for boosting detailing while reducing noise; Sony’s MotionFlow system for reducing judder and blur; both white and black level boosters; multiple gamma presets; no less than three different noise reduction systems; an edge enhancer; and something called Smooth Gradation that turns out to be an option for producing ’14-bit levels of colour blend levels from the 8-bit screen’.

All this talk of processing may trouble AV enthusiasts used to finding heavy duty processing systems spoiling rather than improving picture quality. But we’d argue that in this case, to Sony’s credit, many or even most of the processing options available on the 40HX723 really can make pictures look better – provided you exercise caution over when and at what setting level you use them. For the most part we’d recommend only using the processing systems on their lowest settings, or turning them off entirely if the particular source you’re watching looks Ok without them.

With the EX723’s 3D mess still ringing in our eyes, it was with real trepidation that we fired a couple of 3D Blu-ray films into the 40HX723. But thankfully it’s instantly clear that the 40HX723 is in a whole different 3D league.

The main reason for our contentment is that the 40HX723 hardly suffers with crosstalk at all – especially when you’re watching dynamic, colourful 3D sequences. There are still traces of crosstalk during some dark scenes, but it’s subtle enough to seldom distract you, and so doesn’t become something you actively find yourself looking out for.

The bottom line is that it’s hard to believe the 40HX723‘s 3D pictures are even coming from the same brand that brought us the EX723 series. Phew.

Not that the 40HX723 is only commendable for its 3D picture quality, mind you; it’s also a highly accomplished 2D performer. For instance, with the 3D goggles off it’s easier to fully appreciate just how dynamic and vibrant pictures look, completely avoiding the slightly muted tones exhibited by one or two of Sony’s cheaper models.

Also impressive is how much detail the 40HX723 portrays with HD sources – and happily, the exceptional sharpness on show isn’t partnered with lots of noise even if you don’t bother with the various noise reduction systems. In fact, with HD we’d recommend you don’t touch NR with a barge pole!

There’s a small drop off in image clarity when watching images with a lot of motion in them, but it’s not a big deal – especially as there’s no sense of smearing behind the moving objects. 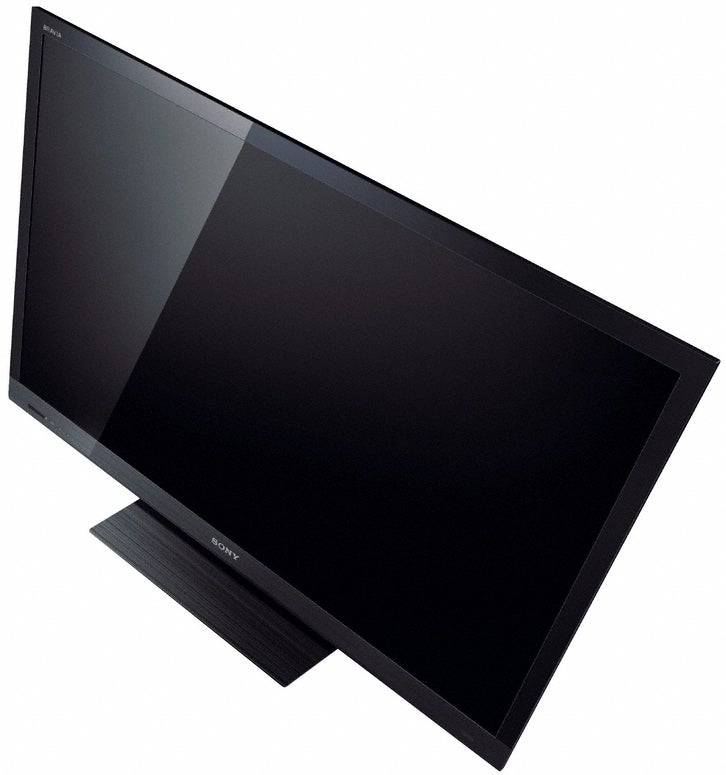 If there’s one area where edge LED TVs regularly come a cropper, it’s reproducing dark scenes. But the 40HX723 does well here too, with black colours that avoid the milky look seen on some LCD TVs.

Using the set’s default settings there is some evidence of the backlight uniformity problems that plague so many edge LED TVs, but considered reduction of the backlight output removes almost all traces of this issue on the 40HX723 without leaving pictures looking too dull or ‘dimming away’ too much shadow detail.

The minor backlight inconsistency issue is arguably more of a problem when watching 3D, where you need the backlight running quite high to counter the dimming effect of the active shutter glasses. But again, it is possible to find a backlight/brightness combination that delivers a good compromise between brightness and backlight uniformity.

Yet another area where the 40HX723 shows real talent is upscaling poor quality sources, be they low bit-rate digital broadcasts or, especially, heavily compressed video streamed from the Internet. Sony has developed its X-Reality Pro upscaling system expressly to work on such compressed source content, and the way it reduces MPEG blocking and other noise while also adding sharpness to low-rent images is genuinely groundbreaking.

With console gamers being passably well catered for by an input lag of around 40ms using the TV’s Game setting, and audio sounding solid if certainly not outstanding, it’s fair to say we’re struggling to come up with many negative things to say about the 40HX723. Aside from the minor backlight consistency situation noted earlier, the only other things that might give you cause for concern are occasional, hard to explain moments of judder during 3D viewing, and the fact that the set’s heavy use of video processing requires more journeys into the onscreen menus than you might normally expect.

Verdict
Well would you believe it, Sony can produce a good 3D picture after all. In fact, the quality of the 40HX723’s 3D pictures make the problems with the EX723 range look even more like some kind of manufacturing flaw.

The 40HX723 is also an excellent 2D performer, so by the time you’ve added in its BIV online features and multimedia support, you’ve got a very distinguished TV indeed that’s the perfect response to the woes of the EX723 series.

Throwing in some 3D glasses and/or a wi-fi dongle might have made the 40HX723’s price a bit easier to swallow, but if you can afford it, the 40HX723 definitely won’t let you down.