A bizarre situation seems to have developed in the TV world whereby if a screen doesn’t have some sort of LED-based lighting, it’s somehow considered old-fashioned and boring.

So far as we’re concerned, though, this view doesn’t make any sense at all. Yes, sure, edge LED lighting can shave a few centimetres off a TV’s depth. And yes, the rear of the non-LED, CCFL-lit Sony KDL-32EX523 we’re looking at today sticks out much further on its rear than the vast majority of 32in TVs these days. But does this really matter given that most of us actually look at the front of our TVs rather than the back?

It also seems plausible, we guess, to suggest that having a variety of light sources illuminating a picture, as in edge LED’s case, rather than just one seen in CCFL backlighting could open the door to both greater brightness and better contrast, due to the former system’s potential for light level localisation. However, while many edge LED TVs are indeed very bright, this brightness more often than not causes some significant issues so far as contrast and backlight consistency are concerned. Evidence so far suggests that it’s easier to diffuse a centrally mounted single CCFL backlight evenly across a screen than trying to diffuse evenly a series of different lights positioned around the edge of the screen. 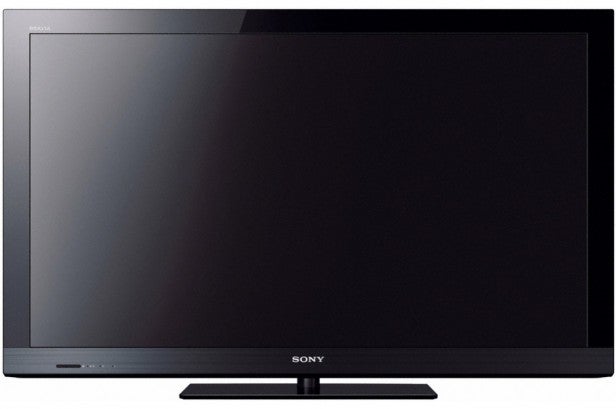 It’s also the case that CCFL LCD TVs seem are increasingly being positioned as the ‘budget’ options in TV brands’ ranges. So despite potentially at least matching edge LED TVs in performance terms, CCFL TVs can be significantly cheaper.

The 32CX523, for instance, can be yours for under £350 – a price which would look attractive even if it was only attached to a ‘b-list’ branded product, never mind a TV from a brand as long-standing and still widely trusted (cue a volley of comments stating the opposite!) as Sony.

What’s more, it quickly becomes apparent that aside from the CCFL lighting, there’s actually not much about the 32CX523 that marks it out as an obviously cheap TV.

For a start, it has a Freeview HD tuner built in. But even more surprising at £350 is the discovery that the 32CX523’s LAN port – which is obligatory on any Freeview HD TV – also serves as a portal to both content stored on a DLNA-enabled PC and Sony’s Bravia Internet Video (BIV) online platform.

These are both superb finds for the 32CX523’s money, with the DLNA support extending to video as well as music and photo file formats (excluding MKV packages), and the BIV stuff turning out to be a fully-fledged version of the platform. No features have been stripped out, as you find with Samsung’s cheaper Smart TVs.

This means the 32CX523’s online features include Facebook, Twitter, Skype (via an added camera/mic accessory), as well as the reams of video content that has become BIV’s trademark. Including such key services as the BBC iPlayer, the Demand 5 Channel 5 catch up service, a Sky News headlines feed, LoveFilm, and Sony’s own Qriocity movie subscription platform and archive of free classic Sony TV series, BIV is the online service that to us seems to deliver the most satisfying roster of content for a typical family TV.

We’re not done with the 32CX523’s multimedia talents yet, though. For the set also sports a duo of USB ports, able to play the same sort of file formats handled by the LAN port. Even more remarkably, the USBs can be used to record programmes from the Freeview HD tuner to USB HDDs, as well as making the TV Wi-Fi ready if you add an optional USB dongle.

Other connections of the 32CX523 include four HDMIs and a D-Sub PC port, meaning its connections really are simply beyond reproach for a £350 TV. Impressive stuff.

Given how extensive the 32CX523’s multimedia talents are, though, it’s not particularly surprising to find that its picture technologies are rather thinner on the ground. It still manages a full HD resolution, but its refresh rate is limited to 50Hz, and there’s nothing obvious going on in terms of advanced motion processing. 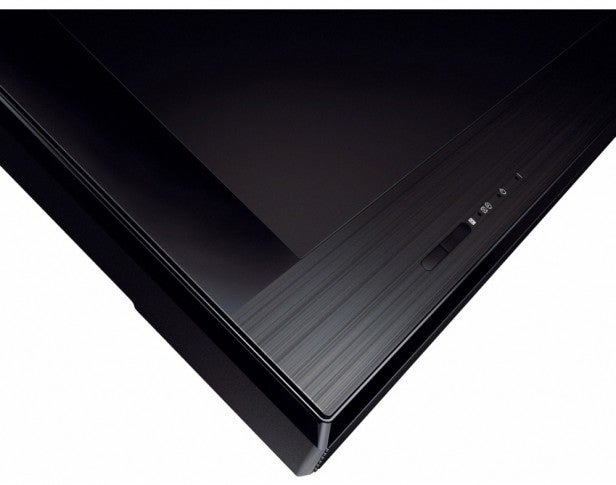 You do, however, get three different noise reduction processors, plus there’s an ‘Advanced’ picture submenu, which contains such fine-tuning tools as a multi-level black level booster, various settings for the TV’s dynamic contrast facilities, gamma adjustments, access to Sony’s Live Colour processing system, and the ability to adjust the gain and bias of the red, green and blue colour elements as part of a white balance adjustment.

All in, aside from looking a bit of a plain jane thanks to its rather plasticky and unusually broad bezel, there’s precious little about the 32CX523’s specifications that shouts ‘budget TV’. And for the most part, this is pleasingly true of the 32CX523’s picture quality too.

For instance, it struck us right away that the 32CX523’s black level response is much better than that of the vast majority of small, cheap LCD TVs. Dark scenes don’t suffer with the usual overt grey ‘veil’ hanging over them, and even better, unlike its bigger 40in brother, the Sony 40CX523, black level depth looks almost the same all across the screen, even right into the corners. This makes for a really great start to the 32CX523’s picture campaign.

As is often the case where a set has a good black level response, the 32CX523 also serves up a likable palette of colours. Tones pretty much across the board – with the slight exception of some slightly pallid greens – look credible and engaging, with decent vibrancy levels and respectable if not exactly stellar levels of blend subtlety.

Pictures also look pleasingly free of noise for such a cheap model. Dot noise is hardly present at all, in either HD or standard def mode, and MPEG noise in standard def sources can be very effectively suppressed with the provided MPEG noise reduction system without causing significant unwanted side effects.

Best of all, motion blur isn’t at all excessive for a 50Hz low-end TV. Naturally there’s a little more resolution loss as objects cross the screen than you would see with a good plasma set or an LCD TV with a faster natural refresh rate and/or potentially a scanning backlight. But this ‘blurring’ is not truly severe, even when watching sports. It’s actually less troubling than it was on the recently reviewed – and edge-lit – Sony 37EX524. This means HD pictures generally look pleasingly sharp and detailed for such a relatively small TV.

Also worth mentioning is how engagingly natural pictures look, arguably as a result of the very lack of heavy duty video processing we potentially raised as a weakness earlier. The only place where video processing is clearly having a (generally very positive) effect is with standard definition, which is upscaled to the panel’s full HD resolution nicely by the onboard Sony X-Reality processors, suppressing noise and adding a touch of sharpness to non-HD Freeview proceedings. 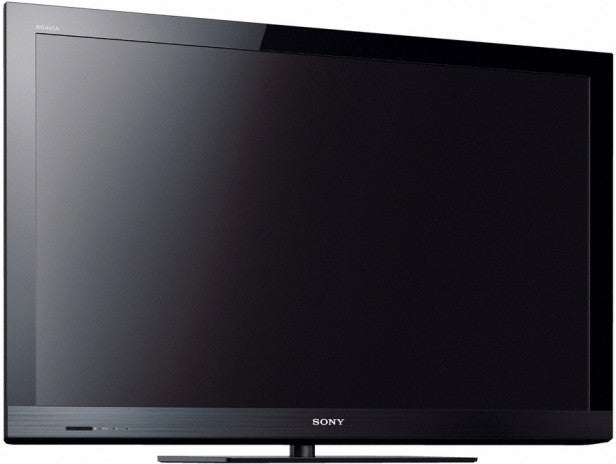 As with the recently reviewed Sony 37EX524, the 32CX523’s post-calibration pictures aren’t the most punchy or bright, and you can get more insight into both shadow details and colour tones if you spend substantially more. But otherwise, aside from the relatively minor motion blur and slightly faded green tone issues already discussed, the 32CX523 is actually an excellent performer for its money.

It’s a solid gaming option too, as it turns out, with its input lag being measured at a very respectable 34ms on average – not a high enough figure to significantly upset your gaming ‘skillz’.

It doesn’t even sound bad – which is really surprising for the budget TV market. There’s a pleasingly open and detailed tone to the set’s audio that’s capable of delivering subtleties in your average Blu-ray soundtrack that are usually lost when piped through TV speakers. It also avoids the flat feeling and overwhelmed vocals that accompany action scenes on most flat TVs.

To be clear, we’re talking relative to other affordable flat TVs here; clearly the level of audio finesse is no match for anything you might hear from even the most half-baked of external speaker systems. But in the small, flat TV world, anything that sounds better than utterly rubbish has to count as a decent success.

The 32CX523 might lack the ‘sexiness’ in design and technology terms of an edge LED TV, but its CCFL LCD engine and excellent online features still make it a superbly good value second or even main room TV.