Although we don’t have price details for the UK yet, as it takes over from the £25,000 KD84X9005, you might need to remortgage the house for this one.

Please note: This TV was seen in its US version at CES 2014. Exact UK model number may vary slightly. 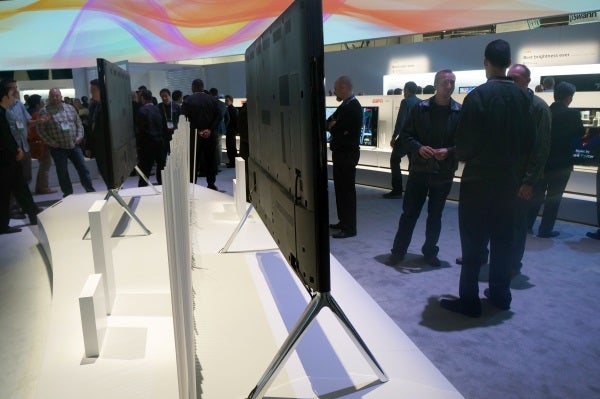 The Sony KD85X9505 is one of the few new Sony TVs for 2014 that doesn’t have large and scene-stealing integrated speakers. Like the model it takes over, there are likely to be speaker modules available, but with a TV this grade it’s sensible to let the buyer take care of their own sound system. The TV does feature one of Sony’s relatively new long duct bas-enhancing systems, though.

Rather than having a wedge shape like the other 2014 4K Sonys, the Sony KD85X9505 is relatively thick from top to bottom, with smoothly curved column-like sides that confidently merge screen bezel with the display itself. They also detract from the ‘professional display’ look that TVs that appear to be sole, lone panels can have. It’s an imposing looker.

Sony showed off the Sony KD85X9505 both wall-mounted and on its silver floor-stand, which is similar in style to the stand of last year’s KD84X9005.

Here are a couple of close-up design pics: 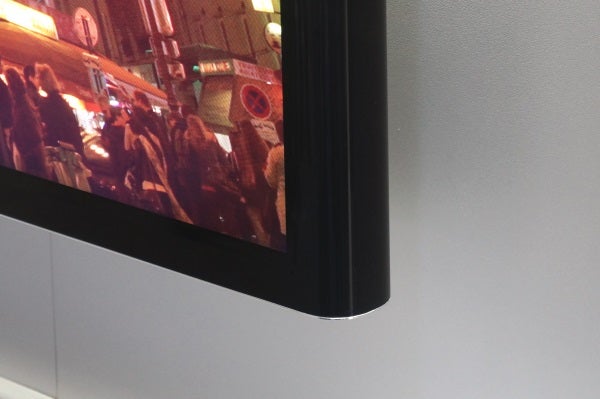 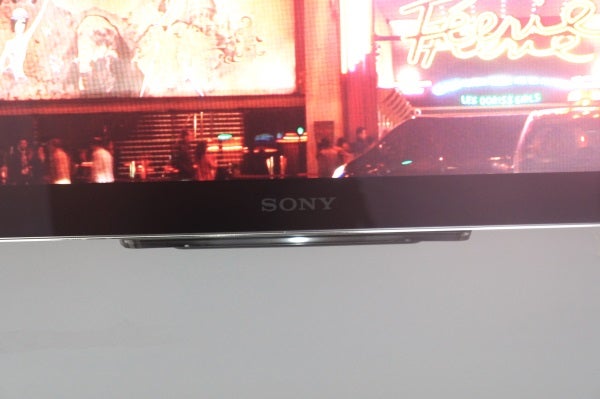 The size and 4K resolution of this TV will be the specs many people focus on, but the real exciting part is that it uses a full array LED backlight. This allows far more advanced local dimming than the previous model. Last year’s Sony KD84X9005 used edge LED lighting, which simply doesn’t allow as aggressive backlight management.

Seeing them side-by-side made the difference undeniably clear. Contrast and black level are much improved over the previous model. Sony calls the new dimming system X-tended Dynamic Range PRO. We notice a tiny bit of residual bloom around areas of high brightness contrast, but this can largely be attributed to the settings the Sony KD85X9505 would be set to in a trade show environment.

Nevertheless, the  Sony KD85X9505 can’t fail to impress. Even at settings we would never recommend for home use, the full array LED backlight provides superb brightness and great – if not quite OLED-level – contrast. Unfortunately, Sony would not tell us the number of zones the new dimming system uses.

Sony also showed off its 4K X-Reality PRO image and upscaling engine, which – in Sony’s demos at least – made a dramatic difference to mere 1080p content. And this is the sort of size of TV that can actually benefit from 4K resolution. Netflix has confirmed that Sony’s 2014 4K TVs will get access to 4K Netflix streaming natively. However, exactly when the service’s ultra-high quality streaming will come to the UK is anyone’s guess. 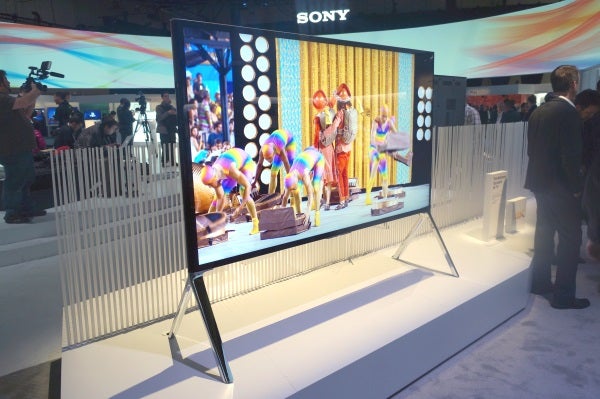 The  Sony KD-85X9505 is an immediately impressive television. And we’re glad to see it use a full LED backlight system, which is the only hope it had in competing with an OLED TV. Performance may be near-OLED level rather than matching it, but this TV deserves every bit of its flagship status.