There are numerous reasons this is the case, but the most significant is its ability to deliver a truly huge contrast range without suffering nearly as much with backlight flaws as other LCD TVs.

In other words, it does the best job of any LCD TV to date of minimising distracting light halos and stripes around really bright HDR objects appearing against really dark HDR backgrounds. This sort of extreme contrast content crops up more than you might think when watching films or high-end dramas, so being able to reduce LCD’s typical handling of such content makes it easier to become immersed in what you’re watching. 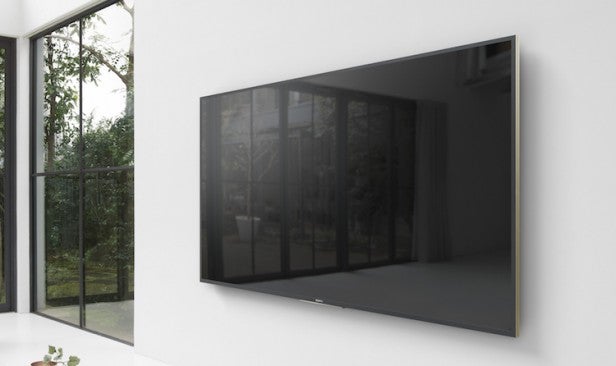 To be clear, there remain faint circles of light around the most extreme bright on dark objects, such as white credits on a black background, or a bright moon in a night sky. The haloing becomes much more noticeable if watching the screen from an angle. Viewed straight-on, Sony’s backlight technology limits both the intensity and the extent of such unwanted artefacts to a point where they only very occasionally become distracting.

The recently reviewed Philips 65PUS7601 arguably suffers even less with haloing. But that set, while excellent value, produces roughly half the brightness of Sony’s KD-65ZD9BU and doesn’t deliver such a full-bore expression of HDR’s capabilities.

The KD-65ZD9BU also excels at delivering the next-generation colours associated with HDR sources. Particularly colourful Ultra HD Blu-rays such as Deadpool, Lucy and The Peanuts Movie practically blaze across the its screen, in part thanks to Triluminos and also as a result of the huge level of brightness that lies behind them. 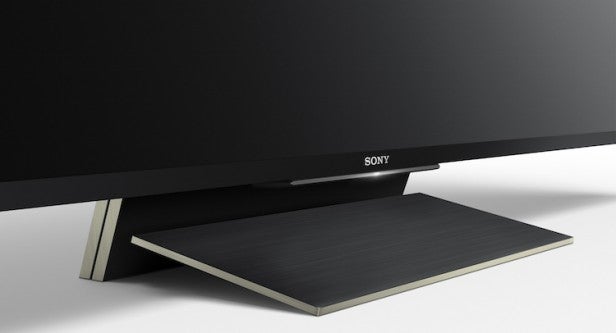 Having so much brightness to play with in conjunction with the 14-bit colour processing also makes the KD-65ZD9BU unusually good at expressing even the tiniest shifts in colour tone. This again has a transformative effect on the quality of good HDR sources, making them look more realistic, more three dimensional and more detailed.

In fact, the KD-65ZD9BU produces arguably the crispest, most textured and dense-looking 4K pictures I’ve seen. Obviously, it has the same number of pixels to work with as every other 4K TV. However, its colour-management and tone-mapping capabilities combine with the most effective motion handling in the LCD world to ensure that every pixel really counts.

While the KD-65ZD9BU excels with HDR content, it’s also performs well with SDR content. The already limited amount of backlight haloing becomes pretty much non-existent with the relatively subdued brightness of SDR sources. 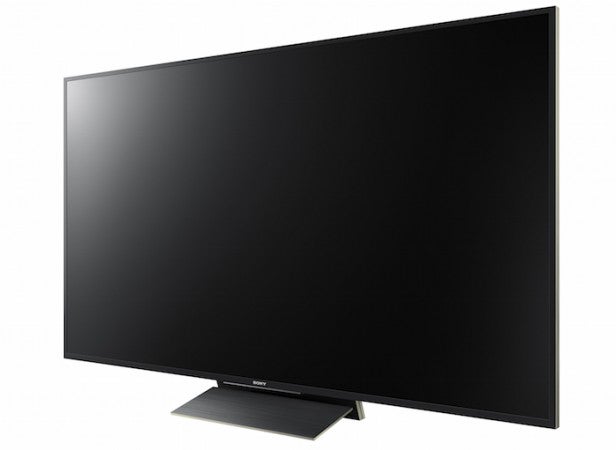 The outstanding colour tracking and resolution also has zero trouble reproducing SDR’s smaller colour palette with a lovely mix of finesse and dynamism.

Neither do you have to feed the KD-65ZD9BU native 4K content to make it look fantastic, since it upscales HD sources outstandingly well.

First, it removes even more source noise from the upscaled results than was possible with Sony’s superb 2015 upscaling engine. Second, it creates a more natural, three-dimensional upscaled image by intelligently applying various degrees of sharpening to objects in the picture, depending on how foreground or background the X1 Extreme processing chip calculates them to be.

In addition, the KD-65ZD9BU’s 3D pictures are richly coloured and impressively detailed, while the excellent contrast performance helps to create a great sense of scale and depth. A little crosstalk ghosting noise is evident, but it crops up less aggressively or regularly than it does on active-type 3D TVs.

While the KD-65ZD9BU’s 3D pictures stand up very well versus the 3D competition, they look less bright and punchy than the set’s 2D images – especially its blazingly bright HDR images. There’s always been some sacrifice of brightness with active 3D, but it’s so extreme on the KD-65ZD9BU that I predict all but the most die-hard 3D fans will soon give up on the third dimension and just stick with the set’s far punchier 2D thrills.

The KD-65ZD9BU returns to its gorgeously dynamic best if you use it as a gaming monitor. Its combination of brightness and ultra-rich colours makes gaming worlds – especially the HDR-enabled Australian scenery of Forza Horizon 3 – look incredible, genuinely enhancing the playing experience. 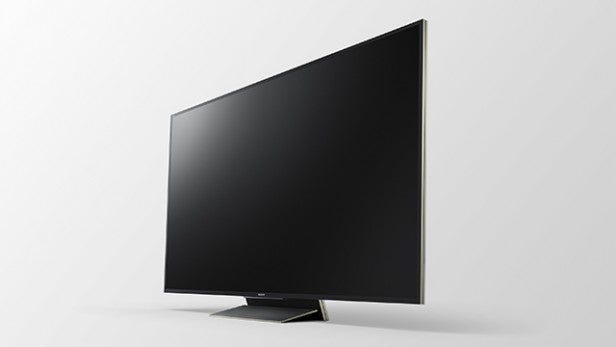 It’s a relief to discover that, unlike Sony’s TVs from the first half of 2016, the KD-65ZD9BU lets you activate its fast-response Game mode while gaming in HDR.

I measured the TV’s input lag (the time it takes to render images) in game mode at around 42ms. This isn’t disastrously high, and I didn’t feel that it significantly affected my usually average gaming skills. At the same time, though, the figure is 10-15ms higher than the 30ms or so recorded by many rivals, and more than twice as high as the best figures we’ve seen from some previous Sony TVs.

The KD-65ZD9BU’s stunning pictures aren’t accompanied by similarly spectacular sound, however. Push the set’s speakers hard and although capable of hitting high volumes without crackling or distorting, the sound is disappointingly thin. This can lead to harshness in the treble range, and a lack of dynamism in the mid-range. It doesn’t help that bass levels are limited.

Clearly, no TV that costs £4,000 will be within everyone’s reach. If you can afford it, though, and you care about HDR technology then you should absolutely buy the KD-65ZD9BU. There’s no other TV out there that delivers such consistently mouthwatering HDR images.

However, if you’re looking for something a cheaper – and which doesn’t force you to battle with Android TV – then Samsung’s £3,500 UE65KS9500 is stunning, despite not being quite as bright or quite as good with its backlight controls as the KD-65ZD9BU.

If you want truly perfect black levels and the best standard dynamic range performance in town, you should consider LG’s OLED65E6. Or – since the OLED65E6 costs £500 more than the KD-65ZD9BU – if you don’t mind sacrificing the OLED65E6’s superior sound and 3D support then LG’s £3,700 OLED65B6 is also an option.

Just when I’d thought Samsung and LG were going to own TV in 2016, Sony’s KD-65ZD9BU waltzes in to deliver a devastating blow with the most exciting and cutting-edge picture quality I’ve seen to date.