If you want to know just how important the KD-65XD93 is to Sony’s 2016 TV range, consider this: aside from the concept-only Backlight Master Drive set discussed in an earlier first look, the KD-65XD93 was the only TV on the company’s stand at CES.

Which is fair enough. For looking through Sony’s product plans, the KD-65XD93 seems to epitomise the direction in which the Japanese brand wishes to go with its TVs in 2016.

For starters, it’s slim – just 11mm deep, with an on-trend narrow frame around the screen. It wears its slimness well too: a subtle but stylish champagne gold streak sneaks into the middle of the otherwise dark screen edges. 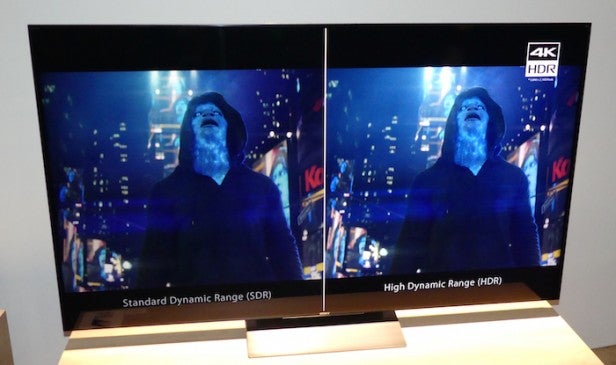 The sizeable speakers attached to equivalent models in Sony’s past few TV generations have disappeared. This is obviously a blow for those wanting an outstanding integrated TV audio system, but it’s probably a victory as far as boosting sales is concerned; mainstream consumers will clearly find it easier to accommodate a KD-65XD93 in their living rooms than last year’s Sony KD-65X9305C.

Also surprising is Sony’s use of an edge LED lighting. Expectation before CES was that we’d see an upsurge in the use of direct LED lighting – where the lights sit behind rather than around the screen – since this approach appears to work better for high dynamic range (HDR) playback.

The KD-65XD93 is no ordinary edge-lit LCD TV, however. Sony claims to have boosted its HDR credentials by introducing an all-new local dimming technology known as Slim Backlight Drive. It controls light on a more local basis than edge LED technology has been capable of in the past. So much so that it can even illuminate areas at the centre of the image separately to those around its edges. 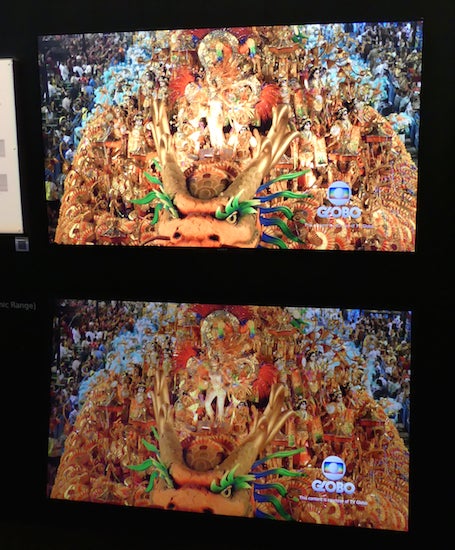 Sony was remaining tight-lipped about exactly how it’s managed to achieve this feat, but you had to watch only a couple of the CES demos in order to see that it does what it says on the tin. Although for reasons I’ll get to later, this doesn’t necessarily mean it’s a revolution in picture quality.

The Slim Backlight Drive also enables Sony to introduce to an edge-lit LCD TV for the first time its X-Tended Dynamic Range Pro technology. This dynamically reduces the power going to dark image areas, diverting it instead to brighter areas, which leads to markedly higher image peaks and an extended contrast range.

While this sort of technology is by no means exclusive to Sony, the company’s take on it has certainly proved effective in its flagship direct LED models before – and it also appeared to be doing a strong job of helping the KD-65XD93’s edge LED implementation deliver some impressive image peaks and dynamics with HDR material.

Also included is Triluminos technology. This Sony colour system has delivered outstanding colour range and accuracy for years now, and is actually coming into its own in the era of HDR.

While the KD-65XD93 shows promise in some areas, the models on Sony’s CES booth also exhibited a worrying flaw in the form of distracting backlight blocking.   Although the TV does indeed prove capable of controlling the lighting of central parts of an image independently to the edges of an image, it does so in a rigid and blocky way.

I saw numerous examples of light areas in predominantly dark images being surrounded by a defined grey “box” – a straight-line effect that also, of course, has the effect of making neighbouring dark areas look unnaturally squared off.

It should be said that the bright parts of the image were certainly bright and the black levels of the dark areas were certainly impressively deep. However, it’s hard to get immersed in an onscreen world when you’re continually being reminded of the technology a TV is using to achieve its fancy dynamics. 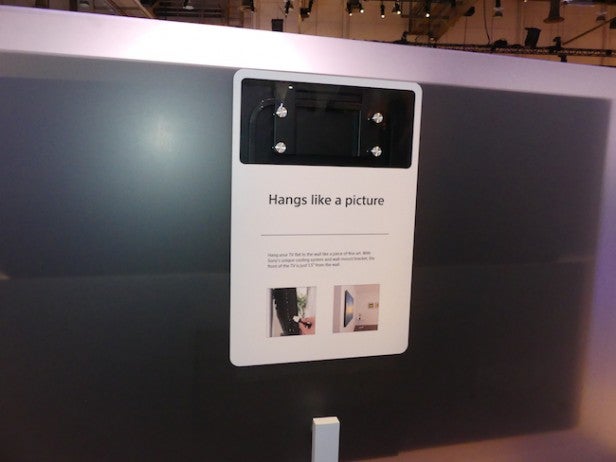 You need to remember that the KD-65XD93s at CES may not be quite the finished article, and that Sony may have felt compelled to drive them harder than you would in your home to compensate for the CES lighting. In other words, it may be possible to reduce or even remove the blocking issue by taming the picture settings in a proper test environment.

That said, if you have to reduce features such as backlight output and local dimming potency too much, the screen’s ability to deliver HDR content could be compromised.

Fingers crossed that the issues I experienced turn out to be specific to Sony’s CES demo models, for if there’s one thing a fast-changing and still confusing TV world could do with right now, it’s a Sony TV department that’s firing on all cylinders.