For TVs that seemed to carry game-changing technology in their unique Slim Backlight Drives, Sony’s 2016 XD9305 range ultimately proved something of a disappointment.

The innovative use of two sequential light guide plates to provide twice as much light control as you get with typical single light guide plate systems just didn’t work out as hoped. It left me distracted by often stark and defined blocks of light around bright objects.

Rather than giving up on the Slimline Backlight Drive in the face of such criticism, however, Sony has set out to improve it for 2017’s upcoming X93E TV range. In particular, it’s increased the number of separate lighting ‘zones’ delivered by the new TVs’ dual-light-guide backlighting system, and fitted the sets with the seriously powerful X1 Extreme picture processing chip that helped make Sony’s ZD9 TVs so outstanding. 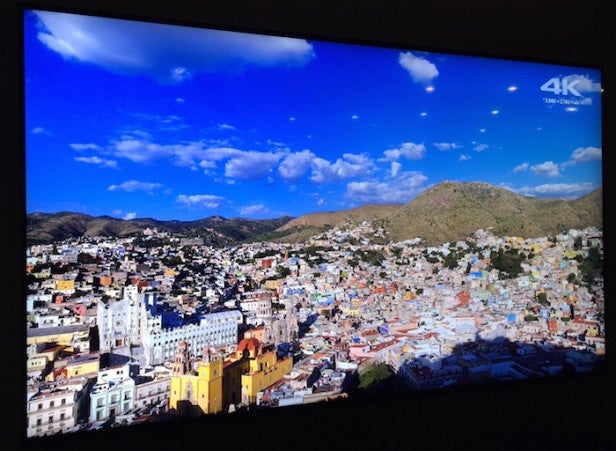 I got the chance to spend time with a couple of 65-inch X93E TVs on Sony’s stand at CES 2017, and I’m happy to say the improved hardware and software seem to have worked wonders.

For starters, when viewing the TV fairly straight on, it was far harder to see light blocking around bright objects against dark backgrounds than it was on last year’s XD9305 sets. Even the white Sony logo appearing against a black backdrop caused precious little obvious backlight blocking.

Next, pictures looked more crisp and detailed than those of the XD9305. This was especially the case when dealing with upscaled HD sources, thanks to the way the X1 Extreme chip’s dual-database reference system could remove noise from pictures while also enhancing resolution.

At times the detail the X93E delivered during the CES demos felt a little too extreme, to the point where the picture started to look forced. You can, however, adjust the potency of the TV’s sharpening processes, so it should be easy enough to optimise this mostly excellent resolution-boosting feature to suit your tastes. 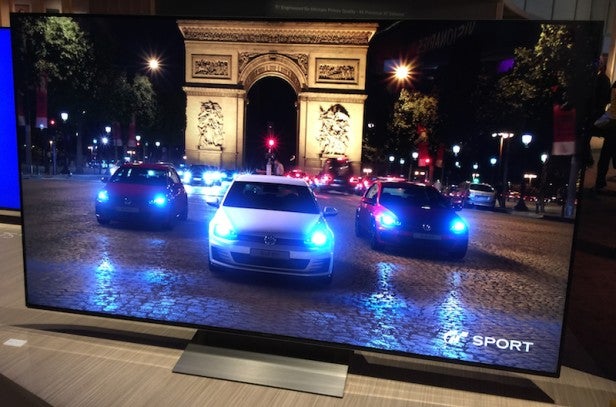 Sony is notoriously shy about using specifications in any discussions of its TVs, so I can’t say at this stage how many nits of brightness the 65X93E was outputting. It certainly looked brighter than its predecessor, though – and this brightness was used to impressive effect by the X1 Extreme processor and Sony’s Triluminos technology to deliver extremely rich but also emphatically subtle, stripe-free colour toning.

Black levels looked generally slightly deeper than those of the XD9305 TVs, meanwhile, and strong by the standards of LCD TVs generally. Or at least that was the case when watching the screen fairly straight on. 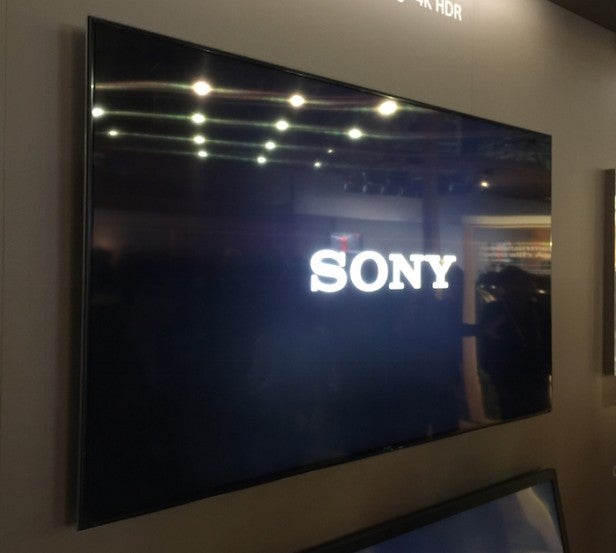 If the X93E exhibited one weakness during my first look, it was that it lost contrast and, to a lesser extent, colour saturation if watched from an angle of more than 30 degrees off-axis. Viewing from this angle also meant I started to see defined squares of light around stand-out bright objects.

The X93E looked outgunned when considered side by side with Sony’s new 75-inch TV, the 75X94E. The 75X94E uses a direct LED lighting system with local dimming rather than the sort of edge lighting system in the X93E TVs, and this leads to a clear boost in the 75-inch model’s black-level response and effective viewing angle.

Great though the 75X94E looked, though, its large size and likely much more expensive price tag will stop it from being a realistic alternative to the X93E range. The latter will be fighting it out with the likes of Samsung and Panasonic, hopefully much more competitively than Sony’s 2016 models did. Look out for a full review in the spring.