Update: Sony has rolled out a firmware update that enables the KD-65X9305C to play high dynamic range (HDR) content. The review has been updated to reflect this.

The speaker system elegantly cuts six forward facing speakers into large wings protruding from either side of the screen. Following a recent firmware update the TV now supports HDR playback.

Right now, you won’t find a TV on the market that looks quite like the KD-65X9305C. In a time when every other manufacturer is seemingly obsessed with making TV frames as thin as possible, the one surrounding the KD-65X9305C’s 65-inch screen is, frankly, massive.

The left and right sides extend for many inches beyond the screen’s edges, which in turn has led to wider than normal top and bottom edges and a rear that protrudes much further than most – over its bottom half, at least. 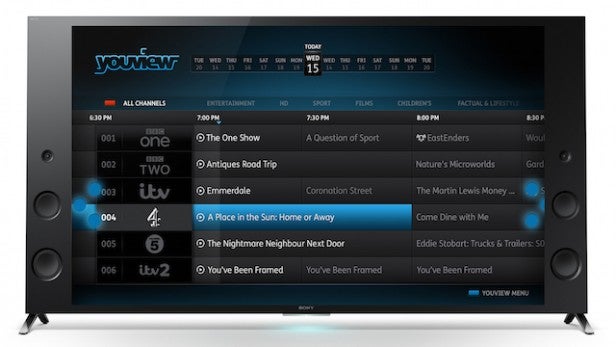 However, as suggested at the start of this review, the KD-65X9305C’s generous size isn’t Sony making some sort of anti-minimalistic design statement. It’s all about accommodating the TV’s six, ultra-powerful speakers: four main drivers and a pair of tweeters.

The impressively large speakers are forward-facing, and use Sony’s magnetic fluid technology to enable them to deliver sound to a scale normally only achieved through a much larger speaker enclosure.

So potent is the KD-65X9305C’s sound system, in fact, that it earns the TV a “Hi-Res Audio” badge. This signifies that the TV is considered capable of not only playing, but also doing justice to high-resolution audio formats such as FLAC.

Hidden under a detachable cover on the KD-65X9305C’s rear is a healthy suite of connections. Four HDMIs are capable of handling both HDR sources when they appear and 4K footage at 60 frames per second – if you can find any. Multimedia features are supplied via three USBs, Bluetooth support, and both wired and wireless network options for either streaming from external DLNA-enabled networked devices, or going online with the Android TV smart platform Sony has adopted for 2015.

I won’t go into detail on the latest Android TV implementation here, since it’s covered in a dedicated article. Briefly, though, the Android platform proves useful in swelling Sony’s online content coffers. However, it needs work when it comes to recommending content and enabling customisation of its interface to suit your individual tastes. It also makes the TV run sluggishly at times.

The 4K versions of the Amazon and Netflix apps are present and correct, though at the time of writing Sony still hadn’t rolled out the YouView app update that was originally expected back in the summer.

This means that at the time of testing the 65X9305C still didn’t offer support for many of the most popular UK catch up TV platforms. However, this service is supposed to be going live on November 4. 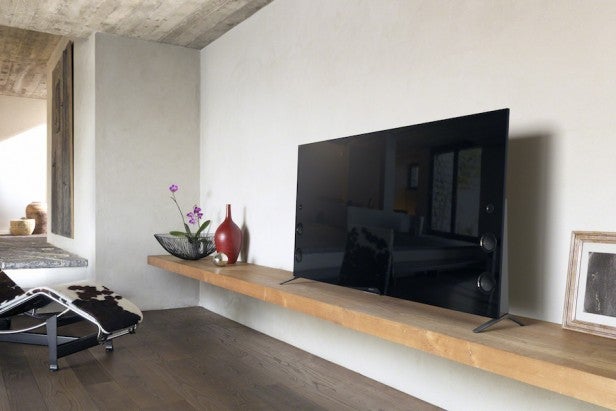 The KD-65X9305C’s 4K UHD pictures are delivered using an edge LED lighting system. This marks a significant change from the direct – behind the screen – type of LED system used in the larger, brilliant KD-75X9405C I’ve tested previously.

There is some local dimming in play with the KD-65X9305C’s edge lighting though, which should help its contrast performance, and Sony has a strong reputation when it comes to edge LED light management.

Plus, as you’d expect of any high-end Sony TV this year, the KD-65X9305C sports Sony’s Triluminos colour technology and latest X1 processing chip. The former delivers an expanded colour gamut. The latter analyses incoming signal to identify its type, after which it applies a sophisticated suite of picture processing “rules” to it.

The picture database at the heart of the system has been expanded to include more 4K UHD sources – including the key VP9 and HEVC streaming formats – while also introducing new refinements such as more localised and contextual noise reduction.

The relationship between the X1 chipset and Triluminos technology sounds intriguing too. Sony claims it allows the 65X9305C to produce 150 times as many colour shades as the firm’s 2014 Triluminos TVs.

Wrapping up the KD-65X9305C’s key features is 3D playback, although Sony doesn’t include any 3D glasses as part of the package.

Over the past few years, Sony’s TVs have done a tremendous job of automatically adapting their picture settings to suit different types of content. To get the best from the KD-65X9305C, however, requires a few tweaks out of the box. 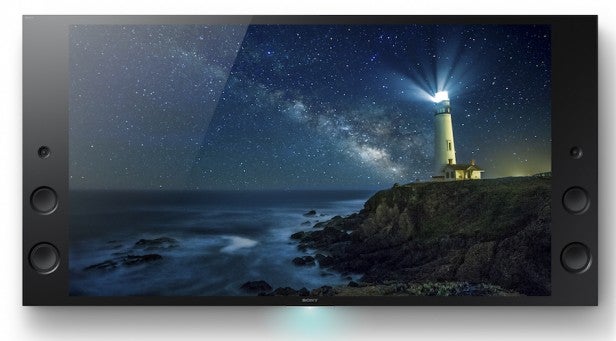 For starters, I’d recommend reducing the resolution element of the X-Reality Pro processing system to stop the picture looking noisy – at least with upscaled HD content. The TV’s backlight settings will also need to be tweaked, to try to reduce greyness during dark scenes and some colour and light inconsistencies at the TV’s edges.

Essentially, it seems as if Sony’s push to boost the brightness of its 2015 TVs has made it more difficult for the brand’s previously excellent edge lighting controls to maintain their black level prowess. As a result, you’ll need to reduce the TV’s backlight setting considerably – as low as its one or two setting for dark-room viewing.

Set the local dimming system to its mid-level. I’d have recommended using it on its highest level – since this usually delivers the deepest black levels – but unfortunately, here it causes some slight light inconsistencies around bright objects.

My final suggestion is that you use the Live Colour feature only on its low setting to keep tones looking natural. Having said that, however, I can understand why many users will find the lure of Live Colour’s enhanced saturation irresistible.

If you’re wondering why I haven’t discussed HDR set up, it’s because when Sony’s TV detects HDR, it shifts to a fixed HDR picture preset where most manual adjustments are disabled. In fact, if you try to access the picture menu while watching HDR through the Amazon Prime app rather than an external source, the TV completely switches out of HDR mode before bringing the menus up.