If you can afford it, the AG9 is a fantastic flagship. The invisible Acoustic Surface Audio+ sound system is ridiculously good, and the screen’s picture processing chops are a knockout. The lack of Freeview Play does take a shine off things.

With a formidable features set, it holds equal appeal if you’re after a premium performer for movies, sports or gaming. Qualifications include a Netflix Calibrated Mode and IMAX Enhanced certification, while HDR ticks the boxes for regular HDR10, HLG and Dolby Vision.

Available in 55, 65 and 77-inch screens sizes, it’s the middle ranked offering that finds its way onto our test bench. We reckon it’s arguably Sony’s best OLED TV yet. 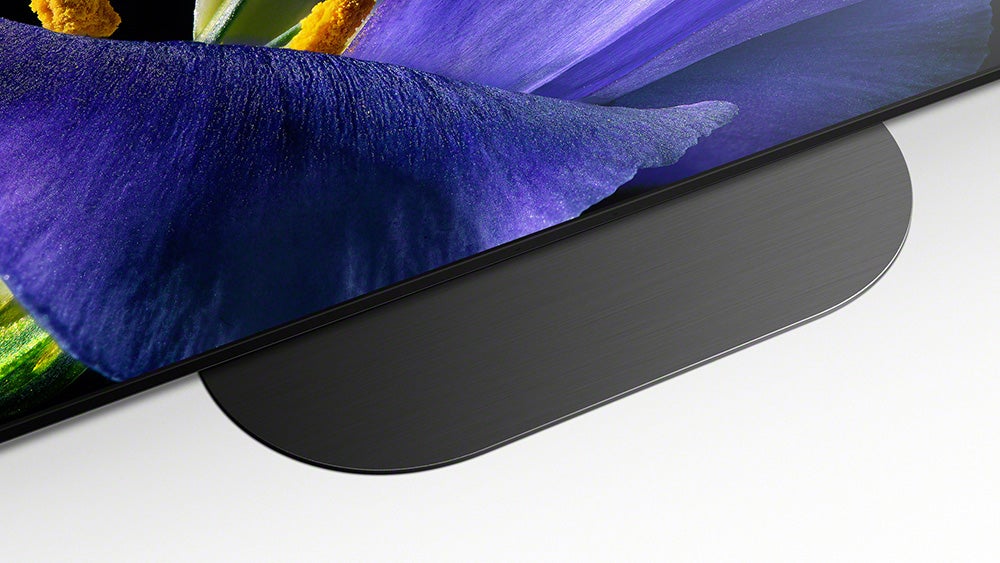 When it comes to design, the AG9 takes a less is more approach. The panel resides in a minimal wraparound frame, with barely an air gap ‘twixt it and the central stand. Hardly noticeable is the Bravia branding, positioned bottom left.

As with previous Master Series OLEDs, the set uses innovative acoustic agitators to project sound from the OLED panel itself. This latest iteration of Acoustic Surface Audio+, has been tweaked to create a broader spread of bass and treble, and it works remarkably well. 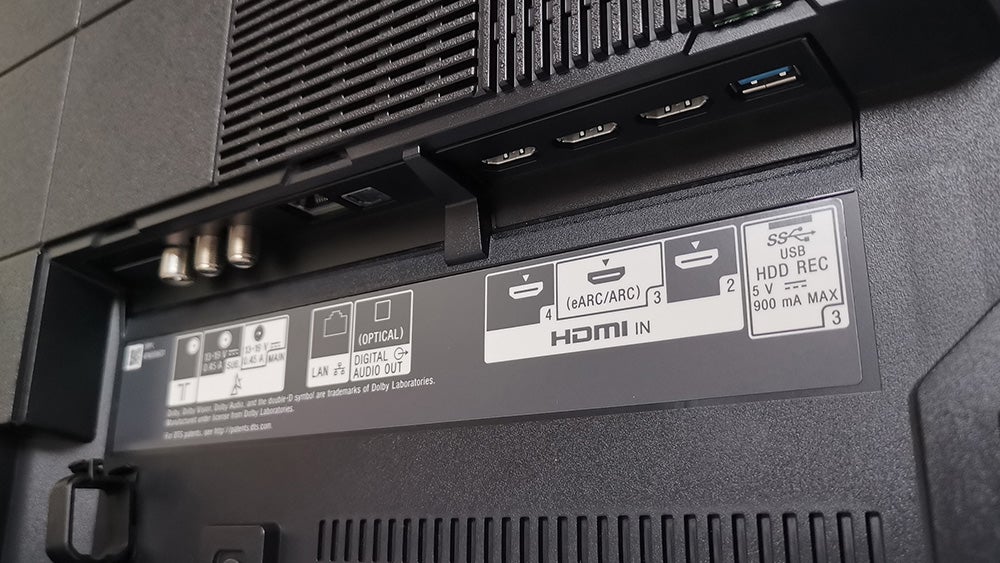 Additional connections include three USBs (one for HDD recording), an AV mini-jack, headphone socket (if you don’t intend to use Bluetooth headphones), optical digital audio output and Ethernet. Wi-Fi and Bluetooth are standard. There’s a choice of terrestrial or satellite tuners.

There are even stereo spring clip terminals, to feed a TV Centre Speaker mode. Hooked up, the AG9 can function as a dedicated centre channel in a multi-speaker system. 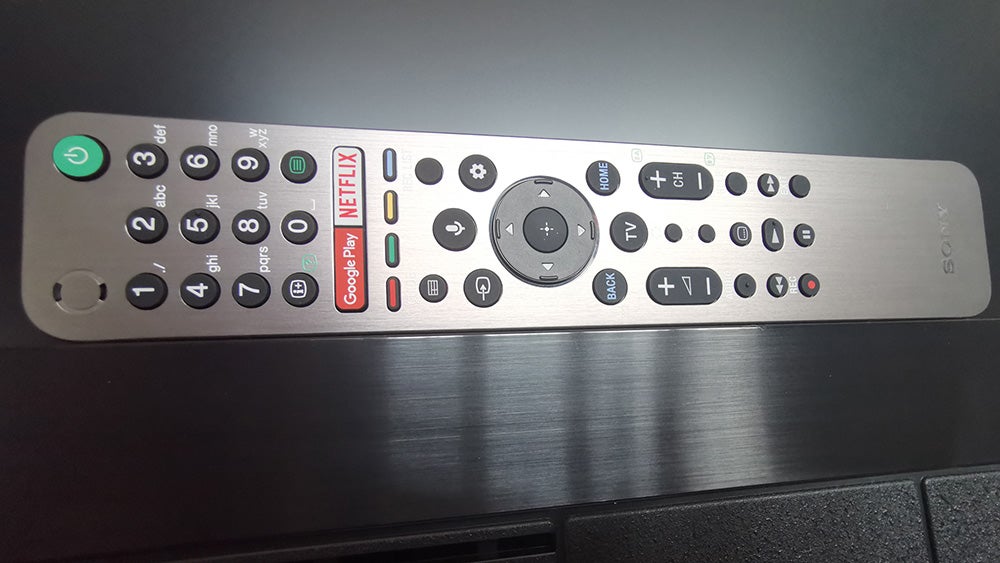 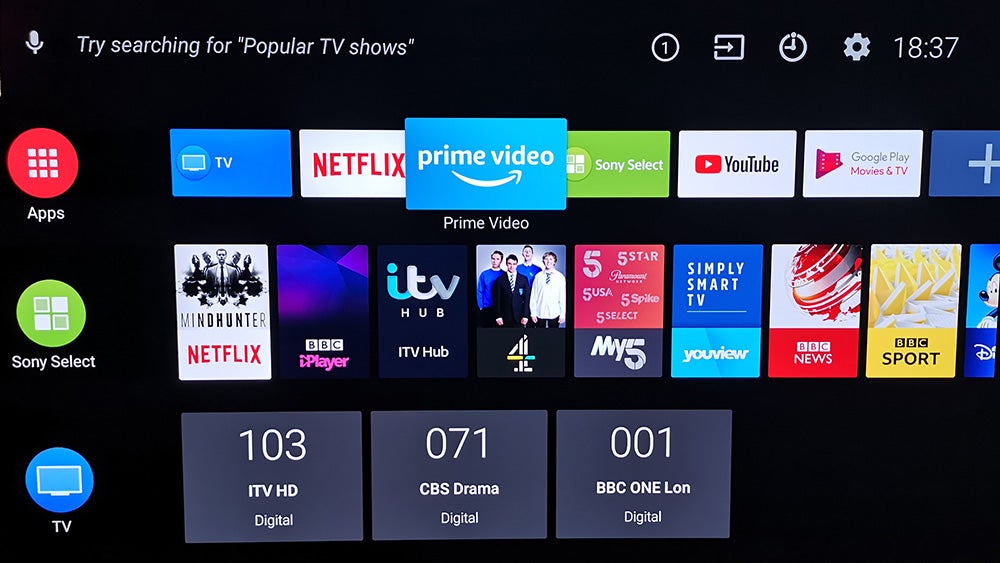 Sony has been a long standing supporter of the Android TV OS, and its loyalty is beginning to pay off. The smart platform here is the latest Android Oreo implementation, and it’s extremely usable.

Chromecast is built-in, it plays nicely with Google Home and Amazon Alexa devices and there’s planned support for Apple AirPlay 2 and HomeKit. The TV doesn’t have Freeview Play, but instead offers a YouView overlay with much of the same functionality. Streaming apps include YouTube, Netflix, Prime Video and Rakuten TV.

Straight out the box, picture quality impresses – images are crisp, lush and dynamic. The harmony between processing and panel performance is often mesmerising.

Presets comprise Vivid, Standard, Cinema, Game Custom, Graphics and Photo. For most content, Standard proves the best option, thanks to an eye-catching APL (average picture level) and punchy contrast. The screen’s Vivid mode is also rather entertaining, at least with animation (Japanese superhero manga One-Punch Man, on Netflix, is a retina-searing delight).

Much of this impact is due to the brand’s X1 Ultimate picture processor, which boasts a host of tricks to maximise eye candy.

Peak HDR brightness in Standard mode averages around 750 (cd/m2) nits with a standard 10% HDR measurement window, but can sparkle up toward 900 nits when measured with a 5% window, which more accurately reflects real world HDR imagery (headlights, reflections, fireworks and so on). 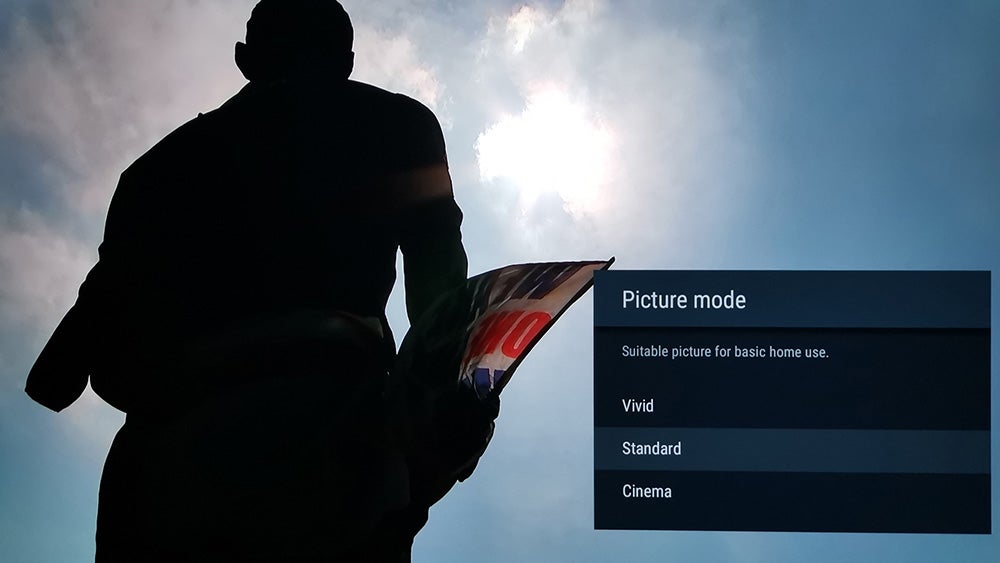 It’s worth noting that if you watch in the Custom mode, tuned by Sony to better match the brand’s mastering monitor, HDR peaks don’t get past 650 nits.

The AG9 does a significantly fabulous job with everyday HD SDR too. Indeed, its SDR image processing that really sets this Sony apart from its rivals. Given that most of us will watch more HD than 4K, this skill set shouldn’t be underestimated.

Motion clarity has always been a strength for Sony. Here, its Motionflow XR processor, available in Auto and Custom modes, offers enviable smoothness and clarity. If you want maximum detail in fast moving sports, opt for Custom (with Smoothness on 2, Clearness on Low). This preserves clarity and smoothes out horizontal pans.

For example, in Star Wars: The Last Jedi, (UHD Blu-ray, chapter 8 ‘Snoke’s rebuke’) Kylo Ren smashes his helmet against an elevator wall. With Motionflow XR engaged the image glitches around his head as he vents his frustration. Switched off, the motion looks cleaner and more dramatic.

Related: OLED vs LED LCD – the best display tech for you 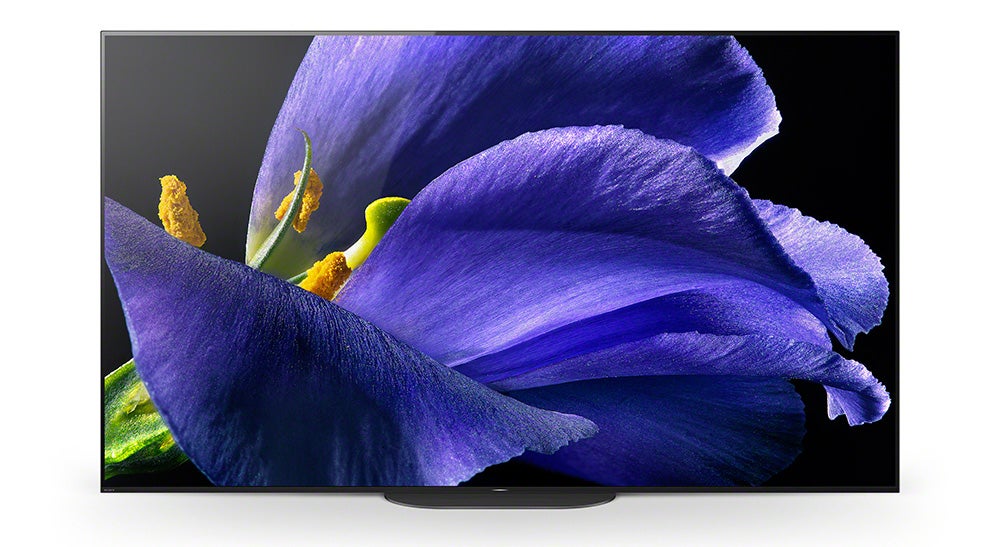 One area where Sony has made a significant improvement over its previous OLEDs is gaming. Traditionally, the brand has dragged behind rival OLED vendors, ironic given its PlayStation heritage. However, the AG9 represents a big step in the right direction. The dedicated Game mode delivers an input lag of 26.5ms, well inside the 30ms generally deemed to be the cut-off point for a decent gaming experience.

As alluded to earlier, the set’s Acoustic Surface Audio+ performance is terrific. The scene setting heist in Baby Driver (Netflix) sounds dynamic and exhilarating, made all the more punchy by two rear mounted woofers; the panel-driven soundstage is alive with movement.

Indeed, the only significant soundbar upgrade would be for Dolby Atmos. While the TV’s audio system is stereophonic, you can route Dolby Atmos from Netflix and Amazon Prime over HDMI.

If you can afford it, the AG9 doesn’t disappoint – it’s a fantastic flagship. The invisible Acoustic Surface Audio+ sound system is ridiculously good, and the screen’s picture processing chops are a knockout.

The AG9 has only two obvious shortcomings, one major, one minor: the lack of Freeview Play (YouView is looking a bit clunky), and no HDR support for HDR10+. While neither are deal breakers, they will cause some pause for thought.

That said, few premium 4K screens on the market are as well rounded as the AG9. This is a dream UHD flatscreen to live with.