Some UHD/4K TVs with passive 3D systems have delivered some of the most engaging and natural 3D pictures we’ve seen from a TV to date. While the 55X8505 is certainly an enjoyable 3D watch, though, it’s not quite an A lister on account of both a slightly softer look to its images than we felt entirely comfortable with (especially in the context of the sharpness of its 4K 2D images), and more evidence during dark scenes of the sort of shifting contrast flaws noted with 2D.

Bad news first: the 55X8505’s audio is not a patch on that of the X9005B series. It’s nowhere near as powerful, dynamic or well-rounded, sounding much more like a mere TV than the separates system the X9005B audio resembles.

The difference is particularly noticeable at the lower end of the frequency range, as bass tends to sound pretty thin when the speakers are pushed hard. Certainly you’re much more likely to feel like adding Sony’s optional wireless subwoofer to the 55X8505 than you are with the X9005s.

Compared more fairly with the rest of the TV world’s audio, though, the 55X8505 doesn’t actually sound bad. It can go decently loud without the speakers collapsing into mush, and the slim frame is robust enough to avoid unwanted vibrations. 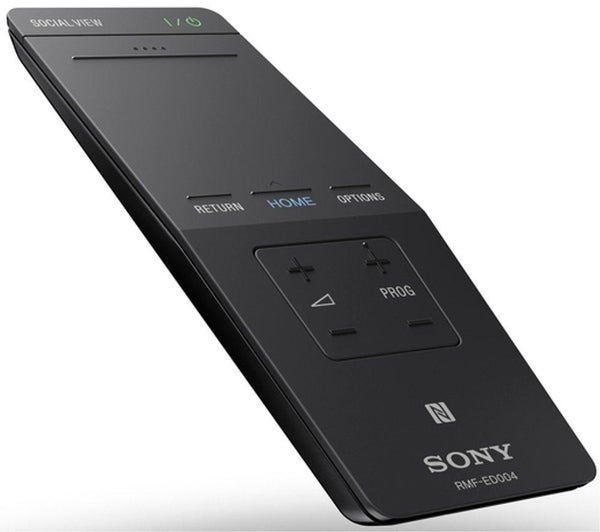 The 55X8505 ships with two remotes: a pretty respectable ‘normal’ one, and one of Sony’s new One-Flick Touchpad designs. This unusually angular remote has a touch pad on the top half that lets you navigate menus and web pages more intuitively than you can with the normal remote. This smart remote also supports NFC, so you can tap it to other NFC-capable devices such as mobile phones and share their content directly with the TV.

We don’t find the responsiveness of the touchpad particularly comfortable though, and if anything the remote is a little too button-light.

If you’re interested in gaming on the 55X8505 we have good news. Using the set’s Game ‘Scene’ option and turning off all the processing we could find bar the Reality Creation rescaling system resulted in a very credible input lag measurement of just 36ms. This isn’t any higher than the figures found on most HD TVs despite the extra processing power required to upscale content to the screen’s 4K resolution, and shouldn’t have any serious impact on your gaming abilities. 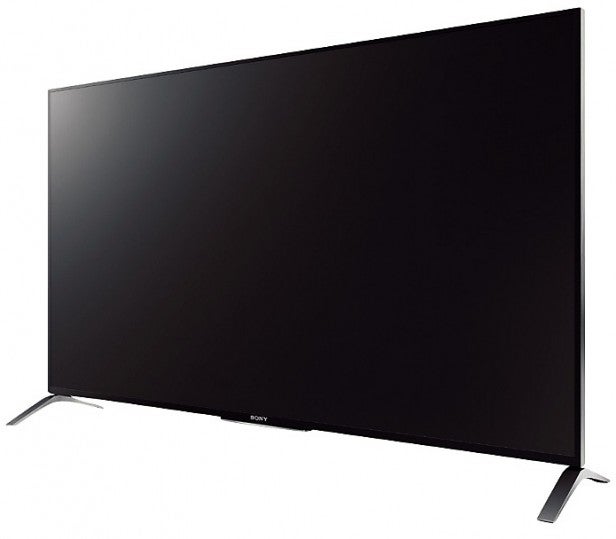 We guess if you’re desperate for a well-specified, Sony-branded 4K/UHD TV at an approachable price then the 55X8505 could seem attractive. Especially if you’re also perturbed by the large chassis size of Sony’s step-up X9005B models.

But we’d urge you to try and save up for a few months longer to get one of those X9005B models if you possibly can, as the step up in picture quality you’ll enjoy is extreme.

If more money isn’t an option, though, then there’s a more direct alternative to the Sony 55X8505 out there: the Samsung UE55HU7500. This offers the same level of UHD/4K feature support, a more comprehensive smart TV system, and a much superior contrast performance to underpin its UHD thrills. You just need to work a bit with its settings to get the best from it.

After the boundless joys of Sony’s 65X9005B 4K TV, the 55X8505 has to class as a disappointment. Not even Sony’s impeccable image processing and light management can fully overcome the inherent weaknesses of the panel at its heart.

Next, see our pick of the Best TVs