The 55X8505 looks radically different to Sony’s flagship X9005B models – in good ways and bad. On the upside it occupies vastly less living room real estate, thanks to its screen appearing in a startlingly slim black frame rather than the gargantuan enclosure used by the X9005Bs. It’s significantly slimmer round the back, too. This arguably helps the 55X8505 look more ‘modern’ than its chunkier sibling, and certainly makes it much easier for your average living room to accommodate. 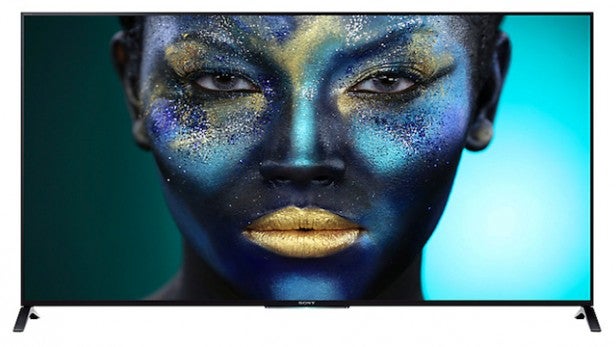 On the downside, there’s no room for the 55X8505 to house speakers of anything like the same power and quality as the front-firing, magnetic fluid models that sit within the frame around the 9005Bs. You can at least, though, still add an external, optional extra wireless subwoofer if you feel the 55X9005B’s integrated speakers aren’t getting the job done.

One last little point to make about the 55X8505’s design is its provision of two separate fixing arrangements for its duo of table-top mounting legs. The set looks its prettiest with these legs attached to each extreme end of the screen, but if your TV stand can’t accommodate that you can also position the legs about a foot apart towards the TV’s centre.

Connectivity on the 55X8505B hasn’t been compromised by its lower price. Key findings include four HDMIs (two with 4K-friendly HDMI 2.0 compatibility), three USBs (for playing back multimedia files from USB storage devices or for recording from twin Freeview HD tuners to appropriately formatted USB HDDs), and the increasingly inevitable LAN and integrated Wi-Fi options for either streaming content from networked DLNA-capable devices or getting the 55X8505 online.

In Sony’s case, going online predominantly means accessing the Sony Entertainment Network (SEN), a ring-fenced part of the web containing a reasonably healthy – though certainly not exhaustive – selection of content, gaming and information apps. Most of the key subscription/pay-per-view video streaming services are supported, though it’s a pity Sony hasn’t managed yet to include 4OD or ITV Player catch-up TV apps on the platform.

For an in-depth look at the latest Sony smart platform – its features and interface as well as its content – check out our Sony Smart TV 2014 review. 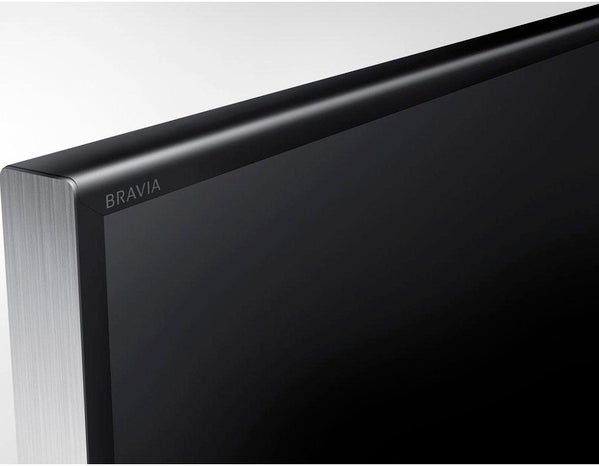 The HDMI 2.0 ports on the 55X8505 enable playback of native 4K feeds at 60 frames per second and support the new HDCP 2.2 copy-protection standard. This is good news given that there are still a few 4K TVs doing the rounds this year that only have v1.4 HDMIs.

Also a relief to find on the 55X8505 is support for HEVC 4K decoding – which means that the set can decode Netflix’s 4K/Ultra HD streams. A pretty big deal when you consider that at the time of writing Netflix is the only really serious 4K source available (unless you fancy hunting down 4K demo clips on YouTube or the internet). Again, not all rivals manage this key Netflix 4K support.

While the 55X8505B is basically identical to the X9005B series in smart TV terms, there are significant differences where its picture specifications are concerned. For the 55X8505B uses an IPS LCD panel with passive 3D playback, versus the VA panel type with active 3D playback employed by the X9005Bs.

While this may result in a slightly wider viewing angle on the 55X8505, the IPS panel also sets off a few warning sirens given that our experience with other IPS TVs this year has found them delivering consistently unimpressive contrast performance.

The use of passive 3D means you should experience less crosstalk ghosting noise and zero flicker versus active 3D, but will also see less resolution. Though experience suggests that the passive 3D system comes into its own with 4K TVs, since having twice as many lines of picture data available to the screen enables them to reproduce 3D Blu-rays at a full 1080p resolution rather than the reduced resolution you get with HD passive 3D TVs.

While the 55X8505 uses a different panel design to its costlier 4K sibling, though, we were pleased to note that it still enjoys Sony’s Triluminos technology for delivering enhanced colour saturations and gamut, and that it still benefits from Sony’s impressive 4K X-Reality Pro picture processing system. This system is especially useful when it comes to upscaling HD and even standard definition sources to the screen’s 4K pixel count, thanks to its use of a huge picture database to ‘shortcut’ the picture processing process. 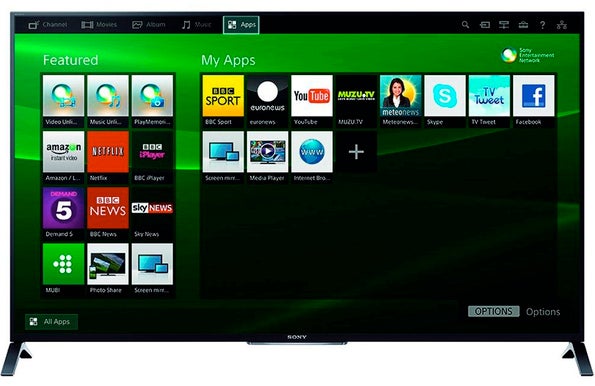 As we’d expected/feared, the main thing you need to work on when setting up the 55X8505 is minimising problems raised by its panel’s fairly average native contrast performance.

Aside from this, though, the 55X8505 is unusually straightforward to set up and use, chiefly because Sony is currently better than any other brand at automatically recognising what picture settings are best suited to different source types.

For the record the 55X8505 does provide colour management and white balance fine tuners, but we suspect that with Sony’s automatic picture systems working so effectively only the most die-hard of AV aficionados will delve into such advanced calibration features.