The KD-43X8305C’s pictures are, in truth, a little disappointing by Sony’s usual standards.

With normal TV footage, rather than our more taxing demo material, we were instantly struck by the flatness of the KD-43X8305C’s images versus the extreme intensity witnessed on Sony’s higher-level 4K UHD TVs.

For starters, colours look much less vivid and intense. If there were ever any doubts over what Sony’s Triluminos colour system brings to the party, they’re instantly crushed by viewing the KD-43X8305C side by side with a Triluminos model. The cheaper set’s colour palette is far less expansive and notably less able to deliver the sort of fine colour nuances Sony’s best TVs do. 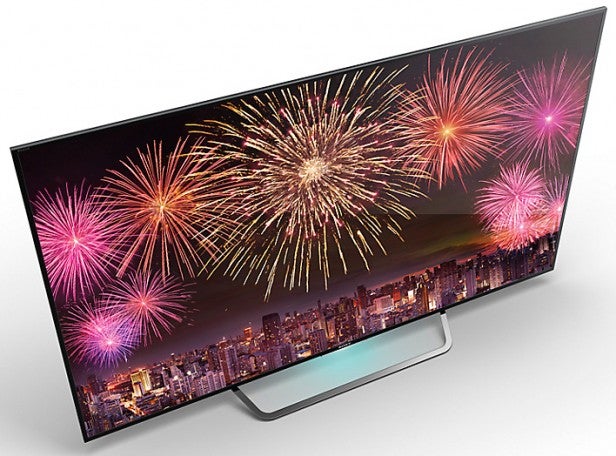 It isn’t only the lack of Triluminos that is impacting the punch delivered by the images, either. The KD-43X8305C’s black level depth also isn’t of the standard we’ve come to expect of Sony’s TVs. Dark areas of the picture look noticeably grey. Plus there’s a feeling that every colour – not only the black – is having to appear through this grey mist, which inevitably reduces its intensity.

Although some may object to this comparison with Triluminos models given how affordable the KD-43X8305C is, the fact is that this set’s colour performance looks more limited and “basic” when compared to some rival, non-Triluminos displays too.

The inability of the KD-43X8305C to render the sort of  fine details found on Sony’s higher-end 4K UHD TVs also means its pictures don’t look as sharp and detailed. This is an issue whether you’re watching native 4K or upscaled HD sources.

It does deliver just enough sharpness and detail to reveal some benefit from its 4K pixel count versus a similar-sized HD one, but the difference isn’t as emphatic as we’ve seen it look on numerous other 4K UHD TVs. 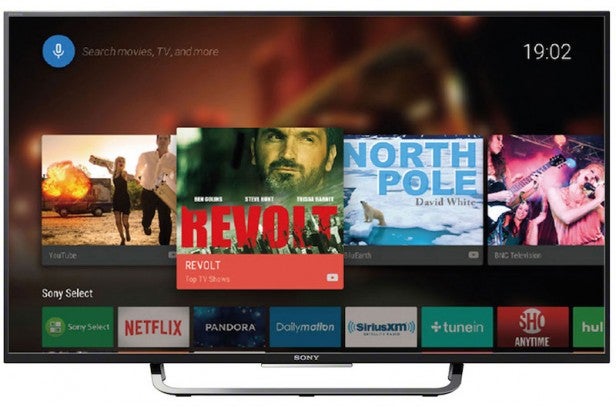 The KD-43X8305C enjoys mostly superior upscaling performance when fed HD and even standard-definition sources, adding a notable increase in detail without resulting in exaggerated noise. However, the upscaled pictures still look slightly softer than those on Sony’s more expensive 4K TVs. This is in part down to the reduced colour resolution and also because of a reduction in motion clarity on the KD-43X8305C versus other Sony 4K TVs.

Pushing on with a few of our favourite dark scenes and those that contain a harsh mix of dark and light material exposes further shortcomings in the KD-43X8305C’s picture makeup.

There’s slight evidence of clouding and backlight inconsistency around the image’s edges at times, particularly in the corners. Plus, as well as the aforementioned misty look to dark scenes, the very blackest areas sometimes take on a slight glowing blue tone that can lead to  subtle shadow details becoming crushed out of the image.

It also became apparent that the KD-43X8305C tends to turn off its backlight completely during fade to blacks and very dark shots, which can lead to a sudden, rather distracting “drop to black”, as well as a more distracting light flash when the backlight fires up again.

One final issue with the KD-43X8305C’s pictures is the screen’s limited viewing angles. If you find yourself having to sit as little as 20 degrees off axis, the picture can start to lose substantial amounts of contrast. 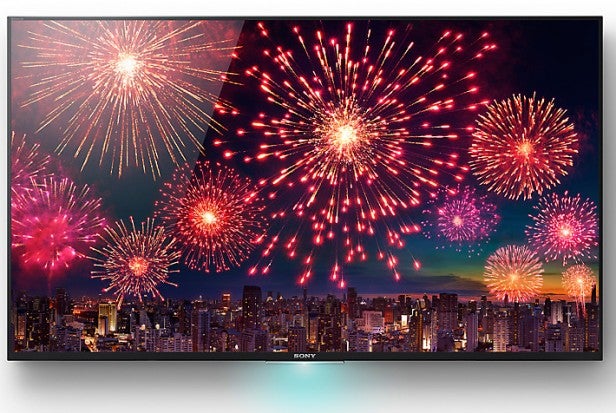 I’m aware that I haven’t exactly painted a rosy picture of the KD-43X8305C’s pictures so far. There are positives, though.

I’ve already mentioned that the set’s upscaling of HD is mostly superior, particularly to other sets at this price. Also, while colours aren’t as explosive as those of other Sony TVs, they’re at least quite naturally balanced and neutral.

The motion processing system handles judder well too, pretty much removing it completely without creating unwanted side effects. In addition, while the KD-43X8305C’s panel isn’t good enough to unlock the full power of the X1 picture engine it sports, it does benefit from the X1’s ability to handle all manner of content – including low-quality streamed material – with more intelligence than the video-processing systems of most rival brands.

Finally, while you shouldn’t use the set’s noise-reduction systems for native 4K content or good-quality Blu-rays, they do make a more useful contribution than most such systems when you find yourself having to watch a relatively grubby HD digital broadcast or standard-definition source.