The 43-inch KD-43X8305C is, by some distance, Sony’s cheapest 4K UHD TV for 2015. Recent discounting has seen its price fall from nearly £1,000 to just £649. For this you get the latest Android TV smart platform as well as the new YouView catch-up offering. The question is, how much of Sony’s usually impressive picture quality has had to be sacrificed to make such a price possible?

Although the KD-43X8305C’s build quality is nothing to write home about – it feels and looks rather plasticky – the set is by no means unattractive. Of note is its  spectacularly slim frame, which is less than a centimetre for the top, left and right sides, and only a little wider along the bottom. 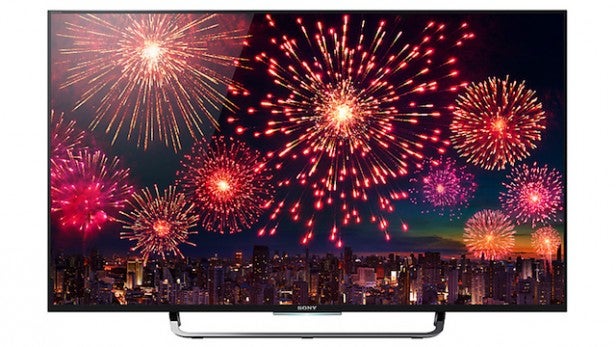 The desktop stand, if you decide to use it, continues the “barely there” theme: it supports the TV on a single metal bar that occupies only the central half of the TV’s width.

Connectivity is good for what might reasonably be called a budget 4K TV. Particularly welcome are four HDMIs: they’re arranged down the side of the KD-43X8305C for easy access and all equipped with HDCP 2.2 for playback of 4K sources. Also included are three USBs for playback of video, photo and music multimedia files, as well as Ethernet and integrated Wi-Fi options for accessing Sony’s world of online content.

The vast majority of this content these days actually comes from Google, rather than Sony, thanks to the latest Android TV platform.

I’ve covered this in greater depth in a separate article, but briefly it’s notable for boosting the app count of Sony’s smart TVs and offering enhanced compatibility with external Android devices. It also includes support for Google Casting, without the need for an external dongle.

However, Android TV is rather cumbersome to use, doesn’t offer enough customisation options, and features a recommendation system that doesn’t seem very helpful in its current form.

Given how affordable it is, we were impressed to find that the KD-43X8305C manages to partner its Android TV and native 4K UHD resolution with Sony’s latest X1 video-processing chip. Its potent colour, contrast, greyscale, detail and upscaling elements have delivered some remarkable results on other Sony TVs this year. If it manages to do the same with the KD-43X8305C, we could have a TV that leaves other models at the same price for dead.

So where exactly has Sony made feature cutbacks to achieve the KD-43X8305C’s affordable price?

First to not make the list is the Triluminos colour system. As a result it’s likely that pictures will suffer with a less dynamic colour palette and less colour subtlety than Sony’s higher-specified 4K UHD models.

This is a shame when you consider how much of a difference Triluminos can make, especially in a 4K environment, but it’s not surprising given the high level of LCD panel required to make Triluminos work.

The KD-43X8305C also uses an edge LED lighting system rather than a direct one – where the lights are placed directly behind the screen. Therefore, it’s unlikely to deliver the same level of contrast as the direct LED models in Sony’s range. Especially since there doesn’t appear to be any local dimming engine in play to help boost the contrast performance.

One final compromise that may be of concern is that there’s no 3D support on this ultra-affordable 4K TV.

According to Sony’s proclamations on the subject, the KD-43X8305C also shouldn’t have received the brand’s recently rolled out High Dynamic Range (HDR) update, which enables its 2015 4K TVs to play content mastered in the new high-brightness, expanded contrast range HDR format.

Oddly, the KD-43X8305C proved able to read HDR content we have on a USB stick, while also displaying it with apparently more brightness and a slightly expanded luminance range. However, the KD-43X8305C’s Amazon app wasn’t capable of reading Amazon’s HDR streams; this is possible with the app on Sony’s more expensive TVs. 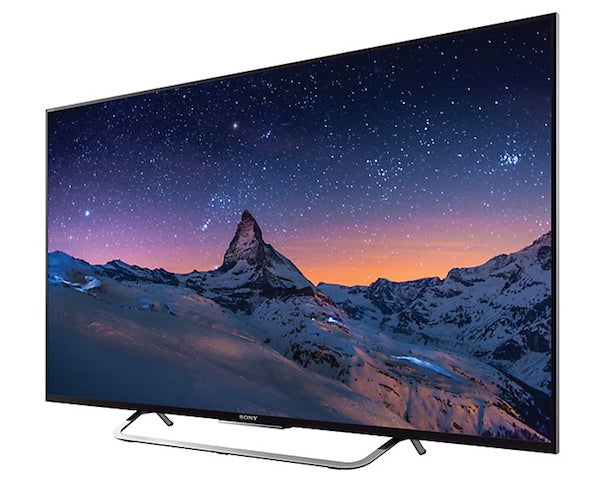 So with regards to HDR on the KD-43X8305C, it’s all rather confusing really. I’ve asked Sony to clarify the situation and will update this review if we hear anything.

To achieve the best results from the KD-43X8305C – at least where movie viewing is concerned – I’d recommend reducing the brightness to around its 20 level;  there’s no backlight adjustment, strangely. I’d set the contrast to around its 80 level, have the black adjust and adaptive contrast features set to low, and changing the Resolution element of the Reality Creation upscaling system to around its 50 level.

I’d also suggest turning off all noise reduction when watching native 4K or good-quality HD content, and setting the Motionflow processing to Custom with the Smoothness and Clearness elements both set to level two.

Be warned, though: using Motionflow in its Custom mode does cause the picture to lose brightness; it must be based on the Clear Motionflow mode, which has the same dimming effect. So if you’re not in a pretty dark room then you may have to turn off motion processing entirely, or else leave it set to Standard.