According to Sony, the name IPELA is made up from the ‘IP’ from IP Networks and Bella – the Italian for beautiful. If looks are anything to go by the new SNC-MZ25P certainly delivers the goods but in Sony’s last visit to TrustedReviews with its SNC-M3W we weren’t bowled over by its dodgy image quality.


The SNC-MZ25P aims to take IP surveillance up a gear as this sleek PTZ (pan, tilt, zoom) camera delivers a fine selection of features. Its range of coverage is particularly good as panning covers 350 degrees and it can tilt across 120 degrees – a lot better than most of the competition as this price point. Even smarter is the 18X optical zoom which is augmented by a 12X digital zoom to give a theoretical maximum 216X magnification. 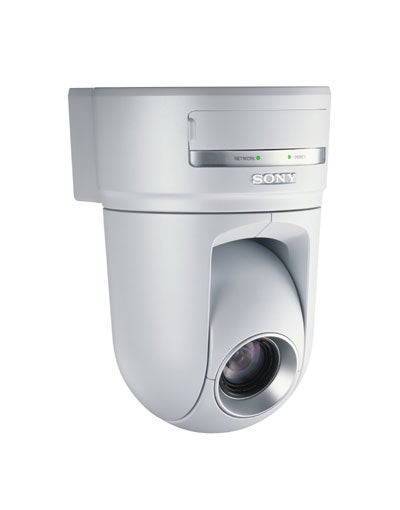 The lens motor is no slouch either with a top pan speed of 100 degrees/sec. A CompactFlash expansion slot lurks behind a cover at the front and this accepts CF media cards for increased image storage or an optional SNCA-CFW1 802.11b wireless network card. The camera runs at up to 25fps at a 320 x 240 resolution, motion detection is in the frame and there’s line in and out sockets for external microphone and speaker.


The camera comes complete with ceiling mounting brackets and a security strap although if you want to operate it from a desk or something similar the image can be flipped over. Unfortunately, testing fell at the first hurdle as the supplier forgot to include a power supply. This camera uses a two-pole contact block which requires bare wire connections and Sony does not include a supply with the camera. We cannibalised a couple of standard 12volt transformers but both failed to power the camera. The suppliers did send through the correct transformer on request which was a Vista VPSU1000/12 model.


Network installation won’t take long as Sony’s IP Setup utility scans the network and displays the camera ready for configuration. From here you can modify the IP address and HTTP port settings, change the date and time and implement network bandwidth restrictions. The main web interface is well designed and provides a live view along with a set of image controls to the left. These allow you to select one of three resolutions, take a snapshot and open a control pad to operate pan, tilt and zoom functions. You can also fine tune pan and tilt motions using the mouse pointer within the viewing window but a very smart feature is the panoramic view and control bar located underneath, which allows you to move the lens easily to a specific location within the entire range of coverage. Don’t worry about how to create a panoramic image as Sony provides a utility to do just that. It’s so simple to use as you provide the camera’s details and it automatically logs on and moves the lens across the selected range to build up an image. Once it’s finished it downloads it directly to the camera’s memory where it appears underneath the main image.

Move over to the Settings page and it becomes abundantly clear that this camera has a lot to offer. You can swap between MPEG4 and JPEG video modes with each supporting 10 and 20 simultaneous viewers respectively. Access can be restricted to nine user accounts where you can allow them to view and control the camera or stop selected users from accessing the lens controls.


Up to four customisable windows can be used for motion detection and slider bars determine the sensitivity of each one. Trigger actions are good as you can use motion detection plus two external sensors connected to the camera’s contact block that will start a recording session if set off. Multiple schedules are also provided so captured images can be downloaded to internal memory or an FTP server, sent via email or the trigger can be used to set off up to two external alarms. A preset position table can be tied in with the triggers causing the camera to move to and zoom in on the trouble spot if activated. 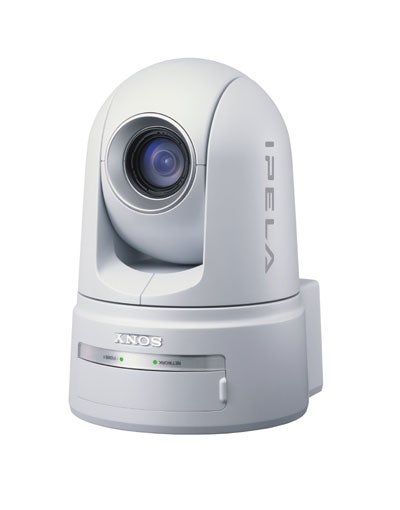 General image quality is a mixed bag although it is far superior to the SNC-M3W with a far more realistic colour balance. At wide angle the focus is slightly blurred and the image suffers from artefacts but it is clear enough to see all the action. Things get a lot better when you zoom in on an area and the level of detail at maximum strength is quite impressive. The optical zoom is probably all you’ll need as we found the digital zoom didn’t make any significant difference. Capabilities in low light levels are also very good as the camera automatically switches to a mono mode which allows more detail to be gathered.


With the SNC-MZ25P Sony is offering a lot for your money and the camera compares extremely well with similar PTZ models from companies such as Axis and JVC. Image quality is variable but very good overall and the range of features and options this camera delivers makes it particularly good value and a fine choice for general surveillance operations. 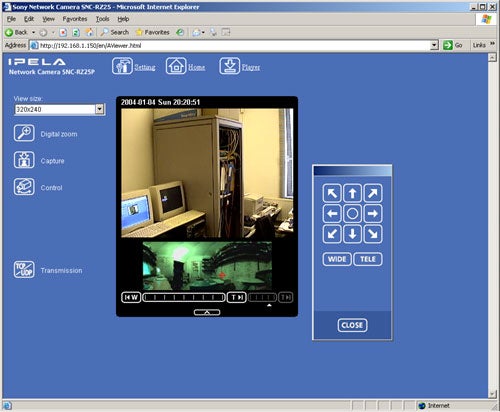 The camera is easily controlled from the main screen and the panoramic control pad beneath is extremely useful. 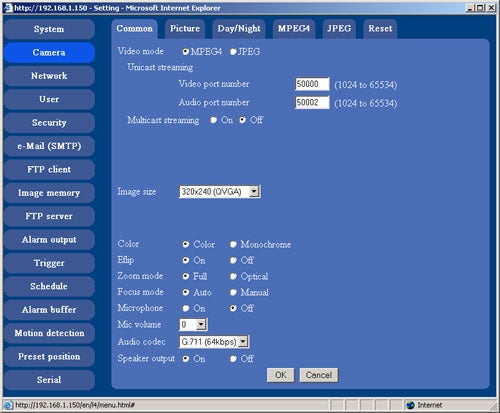 The Settings page shows just how well featured this camera is. 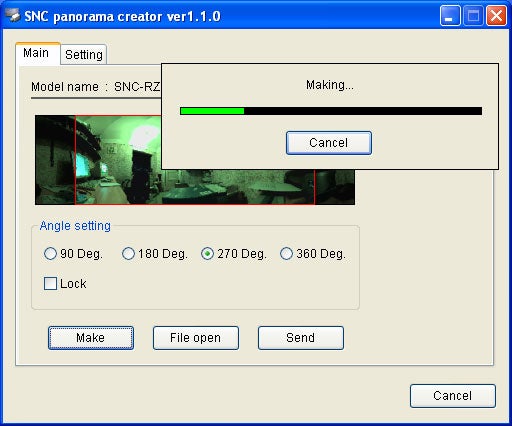 Sony’s panorama creator does all the hard work in making a full range image and storing it in the camera.