The Sony Cyber-shot DSC-HX90 may lean towards the photographer who values convenience and portability over pure image quality, but it does its best to offer some of the flavour of a more serious camera. How? It has an electronic viewfinder (EVF), which makes shooting in extreme light conditions much easier. No matter how good your rear screen, it will likely become difficult to see in very bright conditions.

A 638k-dot OLED EVF pops out of the Sony HX90’s top plate, rather like the Sony RX100 IV’s. However, the quality of the unit here is a little inferior. 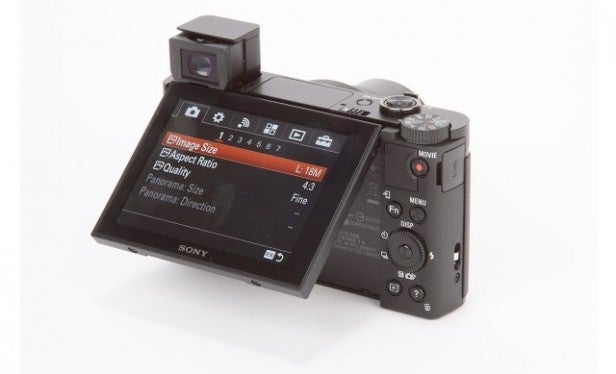 We found that it’s quite small and appears a little too high-contrast, a sign that the OLED settings aren’t quite right. The resolution, too, is a lot lower than that found on the RX100 IV. However, it’s larger than the Panasonic TZ70 EVF, and is a welcome feature even if we can think of ways it can be improved.

The rear screen is a 920k-dot 3in LCD panel that can tilt up through 180 degrees, providing the classic “selfie” angle. It doesn’t, however, have the more advanced hinge that also lets you tilt the screen downwards for shooting above your head. It also isn’t a touchscreen, which is surprising given this camera is supposed to be  about quick, convenient shooting. We did miss touch-focusing at times. 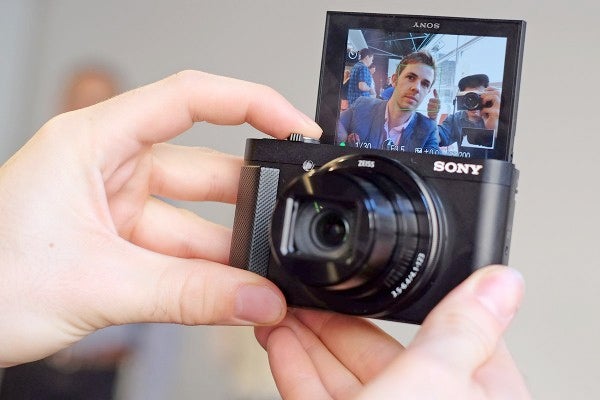 The Sony HX90 doesn’t add anything too outlandish to its feature set, but it does include the connectivity basics. There’s Wi-Fi, plus NFC to make pairing with a compatible phone easier.

You can control the camera using Sony’s PlayMemories app, as well as transfer photos. While GPS doesn’t feature in the “vanilla” HX90, the HX90V model – which costs an additional £30 – does include the location-gathering extra.

Another feature of note is that the Sony HX90 charges using a micro-USB cable, in the way of most phones (but not iPhones). The battery lasts for up to 390 shots off a single charge, or 360 if you’re using the EVF rather than the screen. 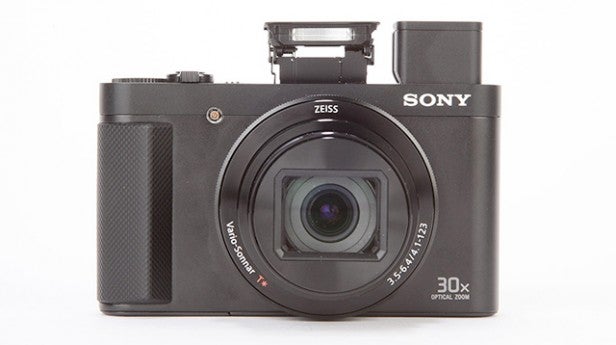 The Sony HX90 can shoot at up to 10fps, although only for 10 frames thanks to its limited buffer. It’s fast, but not for long.

Focusing is quick in good lighting. While the contrast-detection system naturally slows down as the light available to work with dims, performance remains decent. The Sony HX90 almost always finds focus within a second.

An AF-assist light is available to help out in low-light conditions. Continuous focusing is available only in the Video mode, though, which may limit the potential for action photography.

If you prefer to shoot with a manual style, the Sony HX90 offers both focus peaking and magnification of the view for a closer, clearer look at your subject. Tweaking focus using the lens ring feels good too.