The HT-CT770 is one of two new soundbars launched by Sony earlier this year, alongside the HT-XT1 soundbase. It costs around £100 more than the next-best HT-CT370, but that premium gets you a higher power rating (330W) and extra speaker drivers. Both systems are accompanied by a wireless subwoofer to give bass frequencies a boost.

The HT-CT770’s unobtrusive design and alluring feature list are bound to attract attention, but without a decent performance it all counts for nothing – as the disappointing HT-XT1 demonstrated. Hopefully the HT-CT770 won’t suffer the same fate… 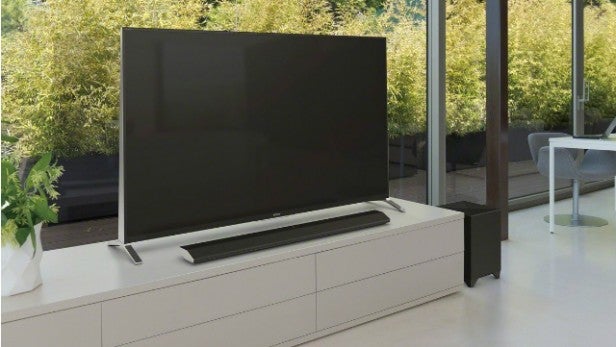 The key feature of the HT-CT770’s design is its slim 50mm height, which means you can place it in front of your TV without blocking the set’s remote sensor. The low profile and minimalist black styling make it remarkably discreet. Its 1.3m width is best suited to larger flatscreen TVs, and it can be mounted on the wall if you wish. 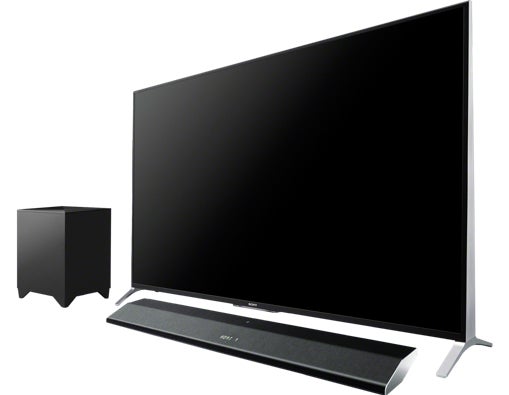 Up close the HT-CT770 is a very stylish and well-made unit. The entire front section is covered in a twinkly black cloth, bookended by gleaming chrome caps. The front part of the bar is angled upwards to direct sound towards the listener (or downwards if wall-mounted), while the flat top section houses an NFC tag and a row of five buttons – standby, input, pairing and volume up/down. An alphanumeric LED display shines through the cloth grille, imparting important input and volume information.

All the sockets are housed in a deep recess on the back and include three HDMI inputs and one output, allowing you to use the soundbar as a HDMI switcher. It’ll pass through 4K and 3D signals from Blu-ray decks and other external sources, while the inclusion of an ARC output means a compatible TV can pass sound down the HDMI cable without having to hook up a separate optical lead.

There’s also an optical digital input, which is a much simpler way of connecting your TV, plus a 3.5mm minijack input for portable devices. Built-in Bluetooth with NFC provides an easy way of streaming music from phones and tablets. 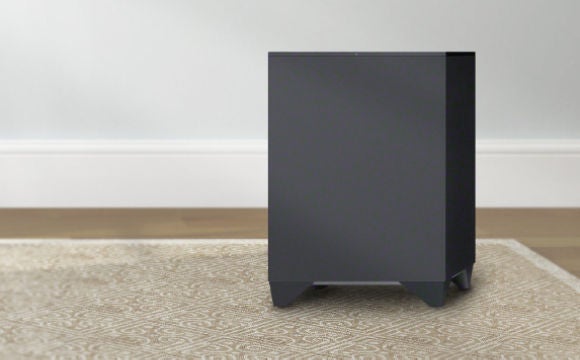 The subwoofer isn’t likely to win any style awards, but its durable matt-black finish looks tasteful enough and it’s robustly built. The sub’s 404mm height is a little imposing, but because it’s wireless you can place it wherever you want. It’s a downward-firing design – four legs lift it off the floor to give the bass room to escape. 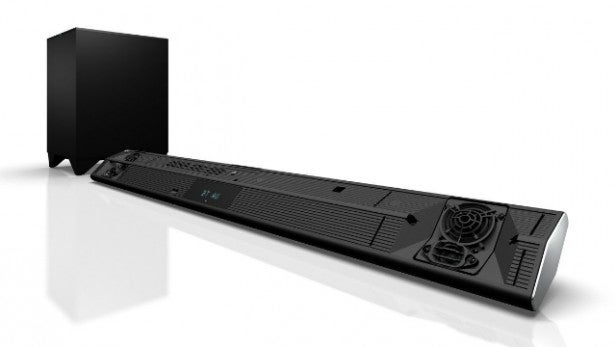 Unusually for a soundbar, the HT-CT770 decodes Dolby True HD and DTS HD Master Audio. It’s also equipped with S-Force Pro Front Surround processing, which aims to deliver an immersive soundfield with a wide sweet spot. This is joined by ClearAudio, which automatically selects the optimal EQ settings depending on the type of material being played.

The HT-CT770 takes seconds to set up, and once installed it’s a doddle to use. The front LED readout is very useful when it comes to adjusting volume or selecting inputs, plus it plays host to a simple setup menu where you can tweak bass and treble or make changes to a wide range of system settings.

You don’t need to worry about pairing the sub, as it’s done automatically, but if the connection drops out it’s easy to reset. A small LED turns from red to green to indicate that a connection’s been made.

The remote may be short and stumpy, but it’s easy to use thanks to the intelligent button layout and clear labelling. The often-used menu and volume controls fall conveniently under the thumb, and the sound presets are helpfully gathered together in their own little enclave towards the top. There are even dedicated subwoofer volume controls, which makes it easy to adjust on the fly. 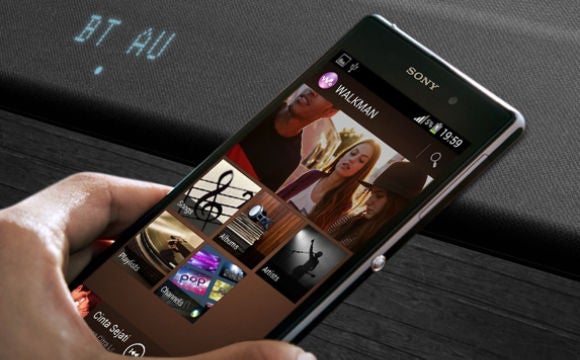 If you’d rather use your Android or iOS device to operate the HT-CT770, no problem – download Sony’s SongPal Bluetooth app and you can control basic functions, including ClearAudio and subwoofer volume.

So far, so good, but when it comes to sound quality the HT-CT770 isn’t quite the knockout performer we hoped it would be. To the casual ear it sounds terrific, and certainly fulfils the usual soundbar brief of delivering a louder, bigger and punchier sound than any flatscreen TV, but some aspects of its performance left us feeling dissatisfied.

Let’s start with the good stuff, though. We fed the RoboCop reboot into the HDMI port from our Blu-ray player and the Sony injects the energetic action scenes with dynamism and excitement. As suicide bombers launch an attack on the ED-209s in Tehran, the explosions and gunshots have a crisp leading edge, while rumbling bass underpins every blast.

The soundbar’s bright tone makes these effects sound loud and authoritative, plus the presence of separate tweeters means there’s also a decent amount of detail in the mix, such as smashing glass and mechanical clicks as ED-209s move around – although we think it could tease out more. Dialogue is easy to discern even in the midst of a frenetic shoot-out.

Where the Sony falls down, however, is the lack of cohesion between the soundbar and subwoofer. You get the rumbling bass and bright treble, but not enough in between, which results in action scenes sounding thin and unbalanced. When Basil Poledouris’ iconic theme plays over the title, it sounds too thin and reedy to rouse your emotions.

This also draws attention to the hard treble, which does bring a sense of excitement but becomes overbearing without the midrange solidity to back it up. It’s particularly noticeable during Murphy’s training exercise at Omnicorp’s test facility, when the loud gunshots and clattering metal sound raspy and brash. Earlier in the film, loud military jet engines push the speakers to their limits.

Another issue concerns the subwoofer, which provides the necessary depth but lacks control, lingering for far too long whenever there’s a gunshot or explosion. As a result, the soundstage ends up sounding muddy and the bass is detached from the soundbar. You can play around with the sub volume, but it’s hard to achieve the right balance.

We experimented with the sound modes and rather boringly we decided that ‘Standard’ offers the best balance for movies. The Voice modes emphasise speech well, but the highest setting makes other high-frequency effects sound unbearable at loud volumes. S-Force Pro Front Surround delivers a wide and spacious soundfield but there isn’t a trace of surround sound.

Unsurprisingly, the above flaws mean the HT-CT770 isn’t the most musically accomplished soundbar we’ve heard – kick drums and basslines sound loose, vocals sound thin and the finer details get lost in the mix. But with our most critical hat off, it’s fine for day-to-day listening.

The HT-CT770 certainly has a lot going for it. It’s stuffed to the hilt with features, offers more sockets than your average soundbar and its discreet, low-profile design is a godsend for anyone who hates clutter.

But play a film and you’ll find the sound quality is underwhelming, due to the lack of cohesion, ill-disciplined bass and hard treble. What makes it all the more disappointing is that rival soundbars and bases such as the Canton DM50 and Q Acoustics Media 4 deliver vastly superior sonic performance for the same money – although admittedly they don’t offer the Sony’s extensive feature list or unobtrusive design.

On paper the HT-CT770 is a competition-killing soundbar with a superb range of features, plentiful connections and an alluring design, but its performance doesn’t quite live up to the promise.