Where Canon and Panasonic camcorders are focusing on flash memory, and JVC is sticking with hard disks, Sony continues to release products in every possible format. With the largest range in the market, Sony likes to cover all bases. So the HDR-SR12E is Sony’s latest addition to its hard disk camcorder range, but new flash and disk-based models are still to come.


When we reviewed the HDR-SR12E’s predecessor, the HDR-SR8E, it was the best AVCHD camcorder we’d seen. However, Canon, Panasonic, and JVC have all released new models since then, and Toshiba has joined the fray as well with its Gigashot A100FE. So the SR12E needs plenty of new tricks to maintain the top slot. 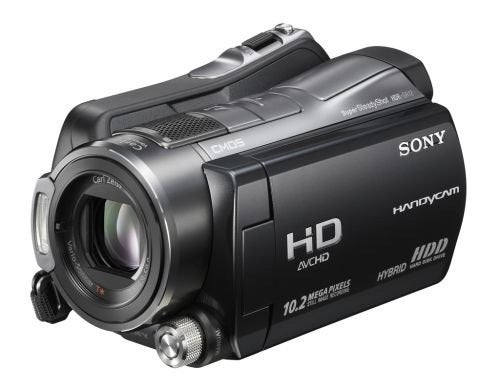 A first glance at the specifications shows promise. The CMOS sensor is actually slightly smaller than the SR8E’s – 1/3.1in rather than 1/2.9in. But this sensor offers a whopping 5.7-megapixels gross, allowing still images up to 3,680 x 2,760 (with a bit of interpolation thrown in for good measure). Best of all, this is an Exmor CMOS, as found in Sony’s latest professional camcorders such as the HVR-Z7E. Exmor is designed to reduce noise. Image quality is further enhanced by Sony’s Bionz image processor, which first arrived in its digital cameras. To round off the optics, the SR12E uses Super SteadyShot, which is Sony’s version of optical image stabilisation and very capable. It also offers a reasonable 12x optical zoom.

As with Canon and Panasonic’s latest top-end models, the SR12E supports a higher AVCHD data rate than previous models, although in this case 16Mbits/sec, not the 17Mbits/sec of Canon’s HF10 and Panasonic’s HDC-SD9. This is recorded at Full HD 1,920 x 1,080, but with 50 interlaced fields and no progressive scanning option. Less data hungry 1,440 x 1,080 formats are also available, and you can record SD as well at up to 9Mbits/sec in MPEG-2 format, which not all AVCHD camcorders offer. The huge 120GB hard disk is enough for 880 minutes (14.5 hours) of footage even in the top FH quality mode. You can also record movies onto MemoryStick, which wasn’t possible with previous models.

Being a top-of-the-range camcorder, the SR12E is gratifyingly well-equipped with features. There is no lens ring, but Sony has supplied the next best thing – a little dial adjacent to the lens. Simply press the button in the middle to invoke manual focusing, and the on-screen readout also tells you current focal distance in metres. As with all consumer-focused Sony camcorders these days, the accessory shoe is Sony’s proprietary AI version, although in the case of the SR12E it’s protected by a very neat little sliding door. Minijacks are available for an external microphone and headphones, whilst the built-in trio of microphones are spatially mixed to provide 5.1 surround sound recording. The 3.2in LCD is extremely high resolution, too, with 921,600 pixels. But Sony also includes a standard viewfinder with 123,100 pixels, for those who prefer shooting through an eyepiece. 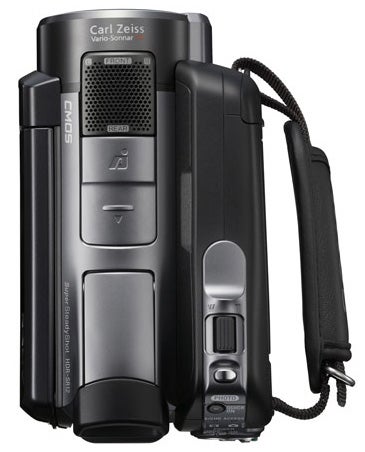 With its latest camcorders, Sony now provides two parallel menu systems. The simplified version offers basic choices between movie, photo and smooth slow record modes, plus assistance for hooking up via USB and other connections. This menu system also has submenus, such as Movie Settings, where you can toggle the x.v.Color expanded dynamic range system. You can also turn on Sony’s new face detection system, a technology we first saw in Panasonic’s HDC-SD9. Sony’s version recognises up to eight faces and adjusts focus, exposure and white balance accordingly. It can get a little confused with lots of subjects turning their faces to and from the camera, but is pretty good at picking up backlit faces and adjusting balance so you can see their features. 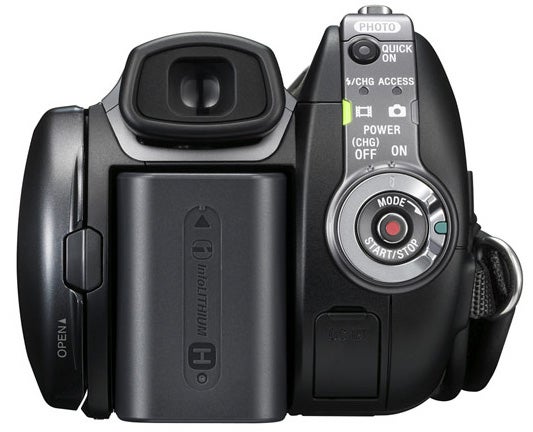 The other menu provides access to the more detailed configuration settings. Five tabs divide up the options in a relatively logical fashion. The first tab houses slider-based manual focusing, spot focus, and tele macro. The second provides the exposure control, which is a simple slider with 34 settings, but no obvious connection to F-stop or shutter speed. You can also use the spot metering – just touch the part of the frame you want to use as reference. AE Shift is another kind of exposure control, but there is no manual adjustment of shutter available.

We’ve come to expect league-topping image quality from Sony, and the SR12E carries on the tradition. In optimal lighting, colours are faithful, with Sony’s characteristic vividness, but not oversaturated. The SR12E is another camcorder which at last shows AVCHD can outperform HDV. Thanks to the 1,920 x 1,080 shooting, 16Mbits/sec data rate and new image processor, the SR12E’s picture is also noticeably sharper than Sony’s top HDV camcorder, the HDR-HC9E. On really close inspection, the SR12E’s video is slightly less sharp than Canon’s HF10, but only very slightly and most people wouldn’t notice the difference. 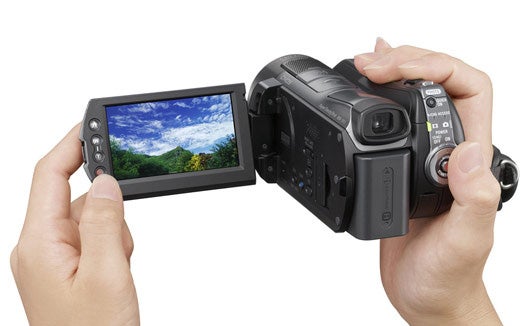 In lower light, we were expecting the SR12E’s smaller, higher resolution CMOS sensor to be a disadvantage, but the Exmor and Bionz technologies more than make up for this. The SR12E managed a brighter image in even lower light than Canon’s HF10, although the latter’s picture was less grainy. Switching the Canon to progressive mode gives it back the edge – but only just. Panasonic’s HDC-SD9, in comparison, has a much fuzzier image in similar conditions. 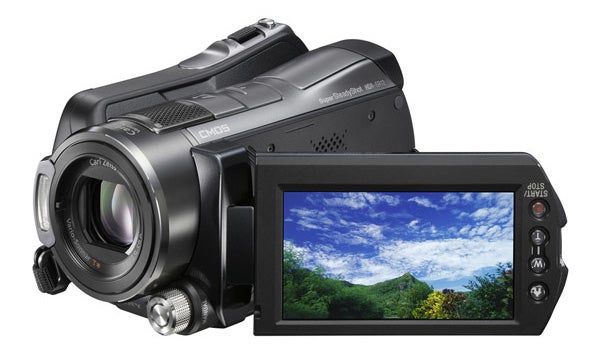 The SR12E offers a comprehensive array of ports. USB 2.0 is the main option for pulling footage off for editing, and as this is an AVCHD model most editing software will support the format. HDMI is of the mini variety, so an adapter will be required for hooking up to a regular TV. Alternatively, the proprietary A/V plug fits either a composite or a component analogue video cable, both with stereo RCA audio. All ports are behind clever sliding panels, which are much more convenient than rubberised flaps or little plastic covers which dangle annoyingly. A docking station is also provided which incorporates power, A/V and USB 2.0.


The HDR-SR12E exudes quality. It has Sony’s characteristically solid build and is packed with clever design features. We still love Canon’s HF10 for its smaller size, lower price and use of convenient flash memory. It also has a few more manual settings to play with, in particular shutter priority. But if you prefer the huge storage afforded by hard disk-based camcorders, the Sony HDR-SR12E offers similar video quality and features, making it a highly commendable alternative.