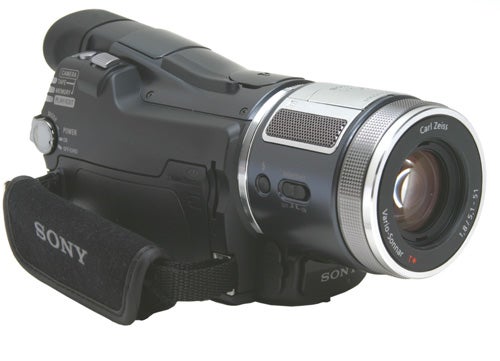 High Definition TV (HDTV) is coming, whether we’re ready in Europe or not. Over the other side of the Big Pond, Americans have been enjoying HDTV for a couple of years. But despite the Sky satellite service being the only broadcaster putting even a vague date on upgrading, widescreen TVs are arriving with HD playback abilities – and so are HD camcorders.


Although JVC brought HD to the masses in the US with the GR-HD1, when that model arrived in the UK a couple of years ago it had mysteriously transformed into the GR-PD1, without the HD recording functionality. So Sony was the first to market in Europe, at the end of 2004, with the incredible HDR-FX1. Less than a year later, Sony is already more than halving the cost of HD entry with the HDR-HC1E. 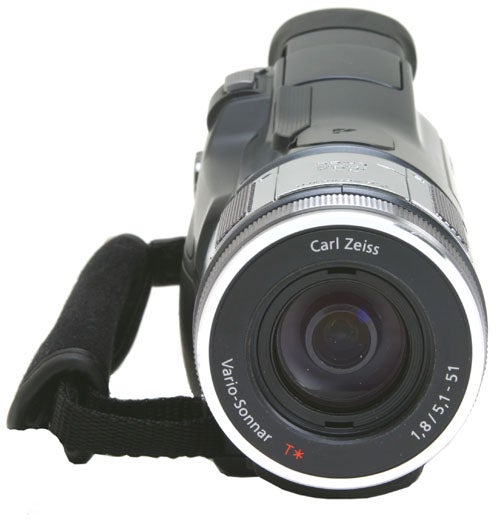 But HD isn’t the only innovation to be found in the HDR-HC1E. It’s also only the second camcorder to arrive with a CMOS sensor instead of a CCD – the first being Sony’s DCR-PC1000. While CMOS technology has started finding its way into cheap digital camcorders, it hasn’t been popular for camcorders up until now. In the past, CMOSes offered poor low light performance, but Sony appears to have overcome this with its Enhanced Imaging Processor. CCDs capture video as an analogue signal, which is then digitised and filtered by separate circuitry. With a CMOS, the sensor chip itself does the digitising, making the camcorder circuitry cheaper.


Panasonic has criticised Sony’s CMOS technology as inferior to CCDs. Whereas a CCD captures a field or frame all at the same time, the Sony CMOS scans progressively, so pixels at the bottom of the image are recorded milliseconds later than those at the top. Because of this, fast camera moves can create bending and tearing effects. However, although we saw some evidence of this with very fast camera moves, in practice it was virtually invisible, and we didn’t find it had any effect on overall video quality. 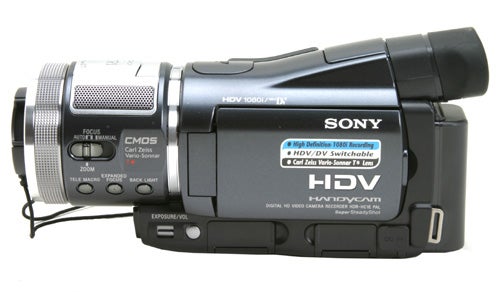 
The HDR-HC1E records video in the relatively new HDV standard. This format is designed to make the transition to HD as painless as possible for camcorder users. The video is compressed using MPEG-2 at a data rate of 25Mbits/sec – exactly the same as the DV recorded by most current digital camcorders. This means that identical tapes can be used. HDV is also designed to be captured to PC via FireWire. All you need is software support and you can use the same cabling and PC connection for video acquisition. 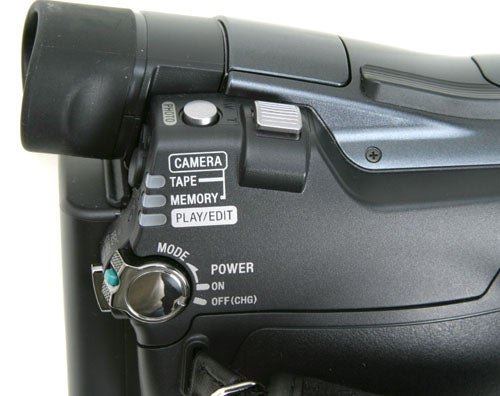 HDV comes in two basic versions – 1080i and 720p. The former is an interlaced format like current TV, and the latter is progressively scanned. Although the frame rates differ depending on whether you’re in Europe or the US and Japan (25fps versus 30fps), the resolution is the same across the board. For 1080i, as used by the Sony HDR-HC1E and FX1E, frames are captured at 1,440 x 1,080. But the pixels are non-square, so the 16:9 picture aspect ratio is maintained. For 720p, favoured by JVC’s HDV products, frames are 1,280 x 720, so the pixels can be square.


Software capable of editing HDV has been arriving thick and fast, too. At the professional end, Premiere Pro 1.5.1, Canopus EDIUS 3 and Pinnacle Liquid Edition 6.1 all support it. But the capability is filtering down, with Media Studio Pro 7 and 8 able to capture and edit the footage, plus the forthcoming Pinnacle Studio 10. So even if broadcasters are dragging their feet, HDV camcorder buyers can edit their footage right now. They can then either output it to formats like WMVHD for enjoyment on a computer, or back to tape for playback via an HDTV. The HDR-HC1, for example, offers component video connectivity as well as regular composite and S-video. 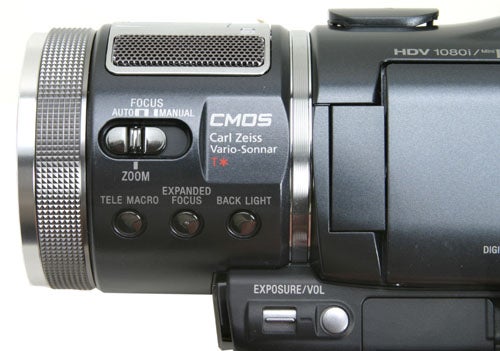 
Although three CCDs are de rigueur at this price point, the HDR-HC1E actually uses a single 2.97Megapixel CMOS instead. As well as providing sufficient pixels for HDV, this can also be used to capture stills at up to 1,920 x 1,440. A MemoryStick duo slot is integrated for storage, with a 16MB card supplied. The HC1E can shoot in regular DV mode as well, but with the ability to down-sample to DV on the fly over FireWire, there’s not much point, unless you need the 4:3 aspect ratio. 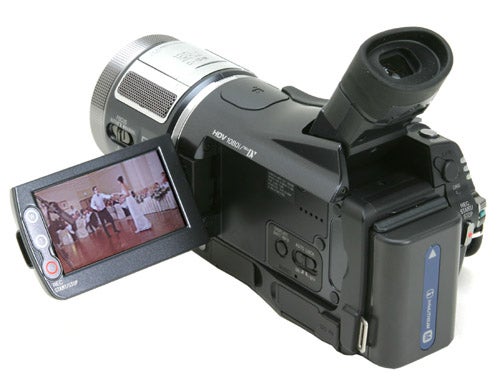 In terms of camcorder functionality, Sony appears to have learned from many of the mistakes it made with the DCR-HC1000. Instead of leaving you to access virtually everything through the touch-sensitive LCD, discrete buttons are available for a number of important functions. You can switch the lens ring from controlling focus to zoom. There’s a rocker for exposure, plus switches for backlight compensation, tele macro mode, and expanded focus. The latter zooms the image on the LCD screen for easier focusing, although the actual recorded image remains the same.


You still need the LCD to access other features, however. Here, you can alter shutter speed manually from ½ to 1/10,000th of a second, set audio levels manually, or choose one of the five programme auto-exposure modes. Most annoyingly, the LCD is the only way to configure white balance. But there is one superb feature available from the touch screen – spot focusing and exposure. This allows you to set either of these parameters simply by touching the point in the frame you want to be used as reference. 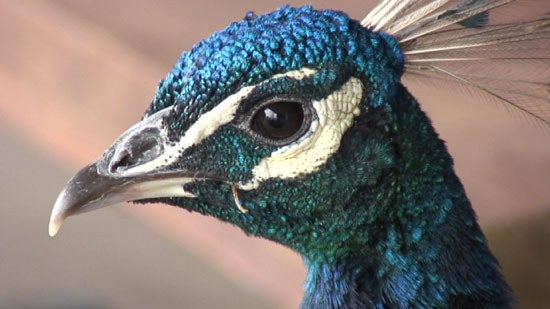 ”’As you can see, the image quality is, quite simply staggering!”’ 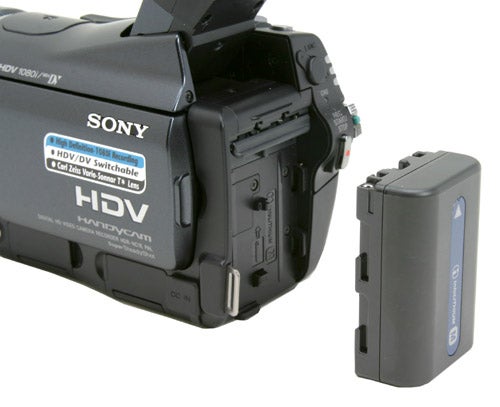 Although the HC1E lacks one or too manual features, they’re omissions you can live with – especially when you see the end results. You really have to see footage from the HC1E to believe just how good it is. With nearly four times as many pixels per frame as regular TV, the detail is absolutely amazing. Despite not having a sensor for each colour like its FX1E big brother, the HC1E’s colour fidelity was also gobsmacking in reasonable lighting. Even under artificial illumination, results were better than is normally the case for a single-sensor camcorder. Only when you get below around 15 lux (equivalent to the light of a single 60W bulb at 10 feet) does the picture really start to lose colour fidelity – and you’re asking for trouble not adding extra lighting under such conditions anyway.


The HC1E does have a couple of real drawbacks, however. By far the biggest is the fact that tapes are loaded from the bottom. So you’ll have to unscrew it from your tripod quick-release to change tapes, which is more than just mildly irritating. The other one is the Sony proprietary accessory shoe. Although adapters are allegedly available for attaching standard microphones and lights, we’ve not found anywhere that sells them in the UK. So you’re stuck with Sony add-ons, even though standard headphone and microphone mini-jacks are integrated. 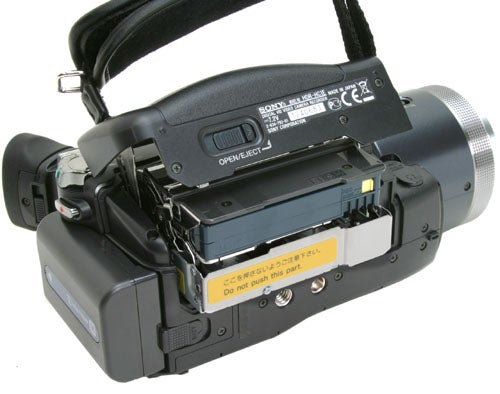 
The HDR-HC1E is too expensive to appeal to even the top end of mainstream camcorder users. But, then again, if you fancy shooting HD right now, the only other options are at least twice the price. The cost benefits of the CMOS technology also lead us to guess that we won’t be seeing any HDV camcorders at this price point from other CCD-only manufacturers for a little while. Considering the price isn’t far off a decent three-CCD semi-professional model, the HDR-HC1E’s price is actually quite amazing. And the video it shoots is absolutely stunning.