The Sony h.ear on MDR-100AAP are full-sized headphones for those who want a higher-end sound, but don’t want to pay through the nose for it.

Although £150 isn’t pocket money, it’s significantly less than the £280 of the Sennheiser Momentum 2.0, for example. The Sony h.ear on MDR-100AAP have stiff competition from the Audio Technica ATH-MSR7, which are priced similarly, but these offer an all-round more relaxing listen.

From the name alone you might assume the Sony h.ear on MDR-100AAP are on-ear headphones. However, they’re actually of the larger kind, whose pads sit around your ears rather than on them. In comparison to in-ear and on-ear types, these tend to cause the fewest comfort issues.

Sure enough, I found the Sony h.ear on MDR-100AAP particularly comfortable. A regular wearer of glasses, I found that even with specs on I could easily wear these headphones for a few hours without any fatigue. 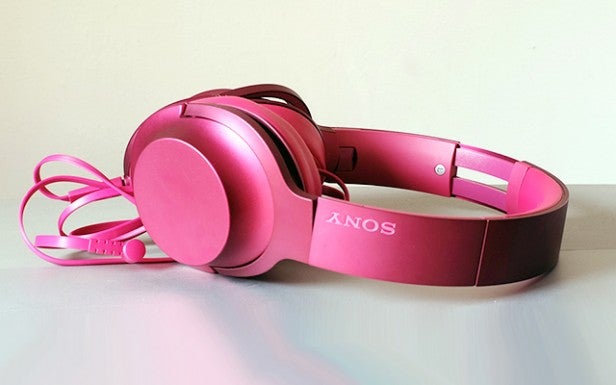 Much of this is due to the weight of the Sony h.ear on MDR-100AAPs. While there’s a thin cover of aluminium on the rear of each cup, most of the construction is plastic. They don’t feel ultra-luxurious, and the padding on the headband and cups is predictably topped with faux leather, but the flexible headband makes them easy to fit.

There’s a good chance you’re here because you’ve been drawn to the design. The Sony h.ear on MDR-100AAP come in a few different colours — pinky purple, yellow, teal, orange and black — and almost every part of the set is colour-matched. The combination of Sony’s usual classy lines and bold colour is pretty potent. 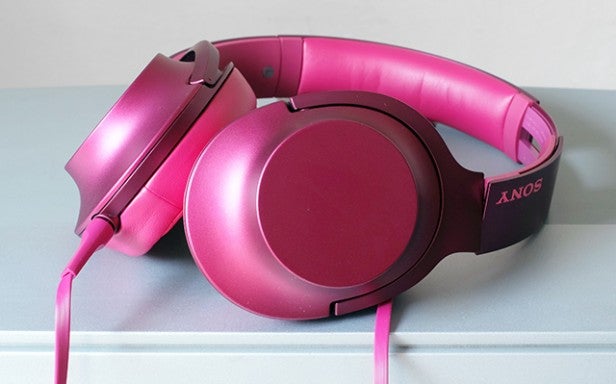 Colour and that touch of metal are the most notable parts of the Sony h.ear on MDR-100AAP design, alongside a Hi-Res audio logo that signifies Sony’s quality sound.

One area I believe Sony could have improved is isolation. Clearly, these are portable headphones, but they lack somewhat when it comes to blocking out external sound. Either when vacuuming, or when surrounded by a group of enthusiastic football fans on the train, I had to jack up the volume considerably to compete with the external noise. 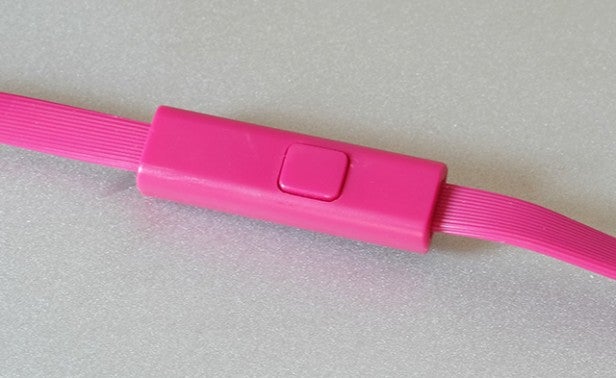 On the plus side, as well as matching the colour of the rest of the headphones, the cable is of the flat variety to avoid becoming tangled – granted, not much of a problem with the thicker cables of full-size pairs anyway – and it includes a one-button remote too.

I’ve been using the Sony h.ear on MDP-100AAp with a few different Android phones and am pleased to report that the one-button remote does the job for play/pausing and skipping tracks.

You might assume the Sony h.ear on MDR-100AAP are a more colourful version of the Sony MDR-1A headphones with a slightly more grown-up look. Both models use 40mmm drivers, but the rather different quoted frequency ranges suggest they’re tuned differently.

My advice, however, is that you shouldn’t base your buying decision on the quoted frequency ranges stated on a headphone’s packaging.

The sound from the Sony h.ear on MDR-100AAP is quite different. 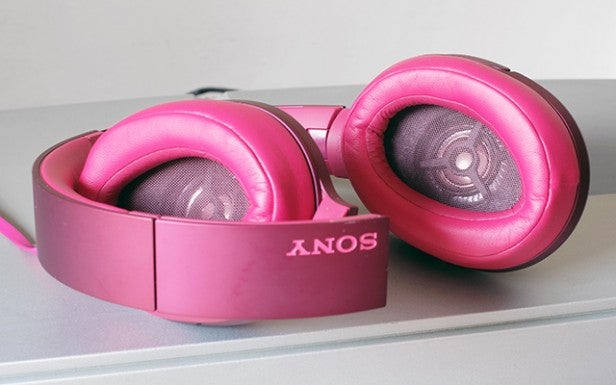 Tonally, they strike a sweet balance. They have a smidge of extra bass, but not the sort of dramatic amount that might tip them over into being “bassy” headphones. The treble is detailed, but ultimately very relaxed.

These headphones sound better-balanced and more natural than the Audio-Technica ATH-M50x, one of the best pairs available at this price. The ATH-M50x sound far more aggressive.

This makes the Sony h.ear on MDR-100AAP headphones less tiring than both M50x and the highly rated Audio-Technica ATH-MSR7. However, they don’t quite set a new standard.

The mids are a little soft, almost like there’s a mist over the mid-range, which cuts down on the sense of separation you get – particularly for vocals. This wouldn’t be too much of an issue if the Sony h.ear on MDR-100AAP didn’t also have quite a flat presentation. Unambitious dynamics and a mid-range that could do with firming-up show up very clear deficiencies compared with more expensive sets such as the Sennheiser Momentum 2.0 and Oppo PM-3.

Compared to the ATH-M50x, the Sony h.ear on MDR-100AAP are an easier listen, and will appeal if you’re after something to listen to for hours at a time. However, they lack some of the dynamism and excitement you get from Audio-Technica’s pairs. This is true when they’re compared with the Sennheiser Momentum 2.0 On Ear too. 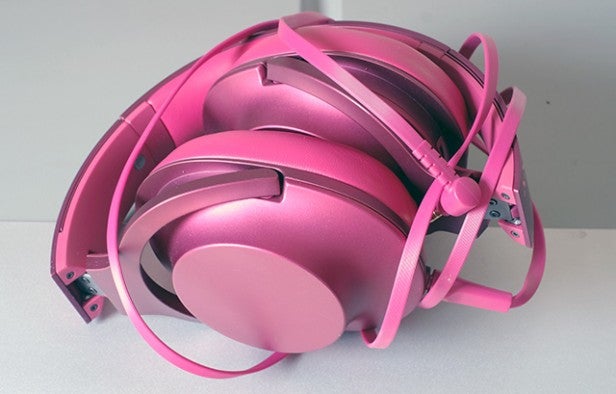 If you can’t afford to spend £250-odd on headphones, the Sony h.ear on MDR-100AAP offer a decent lower-cost option offering nicely balanced, natural sound. Soft mids and a flat-ish presentation mean they aren’t the most exciting headphones at the price, but they make for a very easy listen.

The tone is roughly spot on, but the set’s dynamics and mid-range integration could be better. That said, at the price they remain one of the better-sounding pairs, especially if you find Audio-Technica’s models a bit too aggressive and/or harsh.

Solid portable headphones whose tone is spot-on, but they lack a little in the dynamics department.