If, like me, you’ve always got a camera on you for spur-of-the-moment snapshots, or if also like me you are a keen landscape photographer, then sooner or later you will probably find yourself looking and a photo of an unidentified building or anonymous pile of rocks, thinking to yourself “where the hell did I take that photo?” 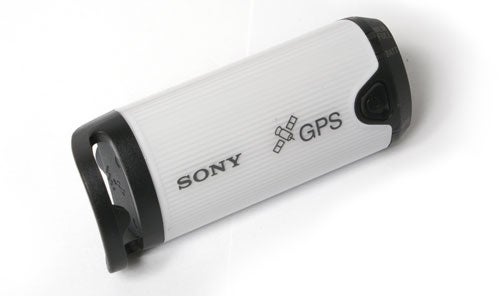 Sony has come to the rescue though, with this handy GPS tracking device that can tell you exactly where you were when you took that photo, to an accuracy of a couple of metres. It uses the same satellite navigation technology as an in-car sat-nav system, but it is extremely simple to set up and use. It’s also quite a bit cheaper than a sat-nav system, with a retail price of around £85. It comes with its own software application on a CD, which has to be installed on a home computer in order to process information from the unit. The software integrates with Sony Picture Motion Browser, the image editing and management software supplied with all Sony digital cameras, a version of which is also supplied with the GPS device. You don’t have to have a Sony camera to use the Location Recorder; it will work with pictures from any digital camera that supports EXIF image data, which includes pretty much every camera sold in the last five or six years. 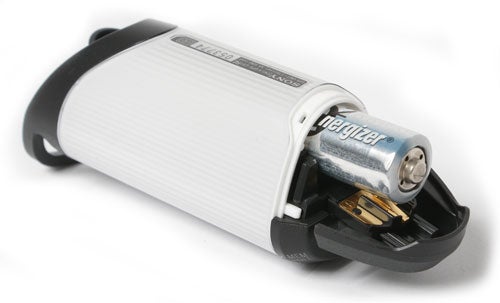 The GPS Location Recorder does not connect directly to your camera in any way. Instead you clip it to your belt or the strap of your camera bag, or even to the neck-strap of your camera. You switch the unit on before you start shooting, and it simply records a log of the time and your position, as measured every fifteen seconds by signals from orbiting GPS satellites. The unit runs on a single AA battery, which will last about 10 hours, and the unit’s internal memory can store a log file for approximately 360 hours.

When you get home and download your photos onto your home computer, you also connect the GPS unit to your PC via the supplied USB lead. The installed software starts automatically and prompts you to download the GPS log file, and to select the folder containing the photos that you want to track. The software simply compares the time code from the GPS data log file with the time recorded by your camera in the EXIF data of the image files, and from that works out where the photo was taken. 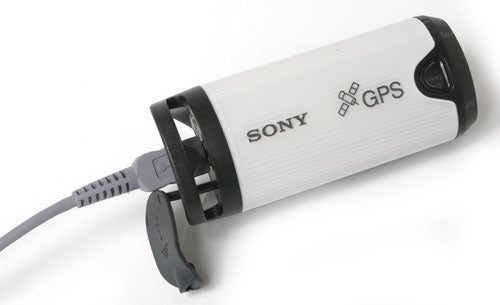 Obviously for this to work properly the time and date on your camera have to be set accurately, and it’s also worth noting that the GPS time code does not include Daylight Saving Time (or British Summer Time) so set it to the absolute local time. In the UK at this time of year, GMT is on hour behind BST, so you have to take that into account. If you’re visiting a foreign country in a different international time zone it’s also important to remember to set your camera clock to the local time before shooting. 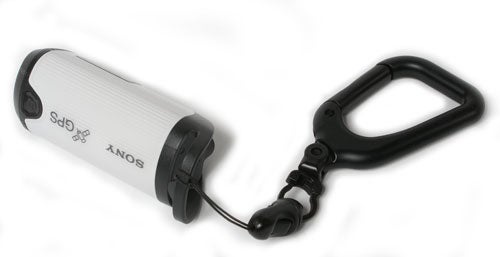 It is simple and unobtrusive in use, either hanging from its karabiner or using the Velcro-strapped cover, both of which are included. It has only one control; the on/off button. I tried the gadget out on a quick photo-safari around my home town of Exeter. After switching the unit on it took about three or four minutes for it to locate a signal (indicated by a flashing LED on the side of the unit), but once it has done so it recorded my position accurately for the rest of the afternoon with no fuss at all.

I found it to be reliably accurate to within a distance of a few metres for the vast majority of shots, although for a one or two shots it was less accurate, being about 30 metres from the actual location. It worked well in the open and in relatively built-up areas, and even under light cover such as a conservatory roof, but not surprisingly it would not pick up a signal inside substantial buildings. I compared it with the performance of a GPS-equipped mobile phone and found that if the phone would get a satellite signal, then so would the Location Recorder. 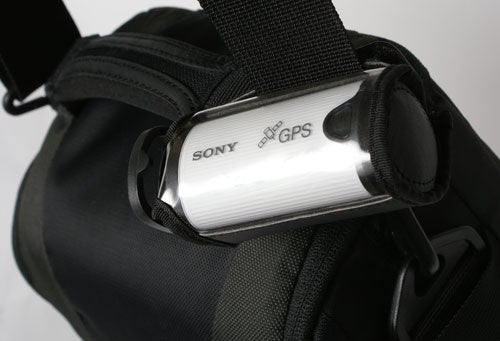 If you are already using Sony Picture Motion Browser, installing the GPS Image Tracker software adds a compass icon to any photos for which the location is logged, and a new button to the program’s tool bar, which integrates with Google Maps technology to show you the locations of your photos on a zoomable, pannable map display. If you highlight several photos at once you can follow your route on the map based on the photos you took, making the GPS Location Recorder ideal for recording travel holidays or cruises, or even just a day-trip to the zoo. The position of the map pin positions is accurate to within a few meters, and the map can be zoomed in to show a lot of detail, and also overlaid with satellite imagery of the area, so you can see exactly where you’ve been. 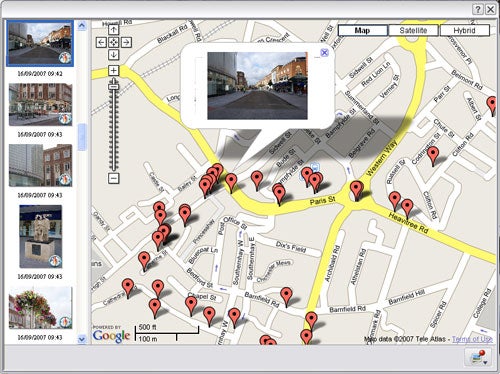 The Sony GPS Location Recorder is the ideal accessory for anyone who’s into travel photography. With a minimum of setting-up and extremely simple operation it can accurately and reliably pinpoint the location of your photographs, and display them on a map or satellite image. For the price it offers a great way to take advantage of the latest satellite technology, and adds a new dimension to your holiday snaps.