We might as well put our cards right down on the table with this one. Following a demo in Tokyo, we don’t ‘get’ Sony’s Google TV boxes at all. They just seem to be a) trying to fit a square peg into a round hole, and b) something we can’t see an audience for.

On the surface, these impressions probably seem harsh. After all, both of Sony’s two Google TV options – the NSZ-GS7 and the Blu-ray player combi NSZ-GP9 – look quite attractive in their different ways. One is very tiny and clad in a glossy, gently highlighted dark finish, the other a real ‘statement’ with its larger size and white gloss top plate. 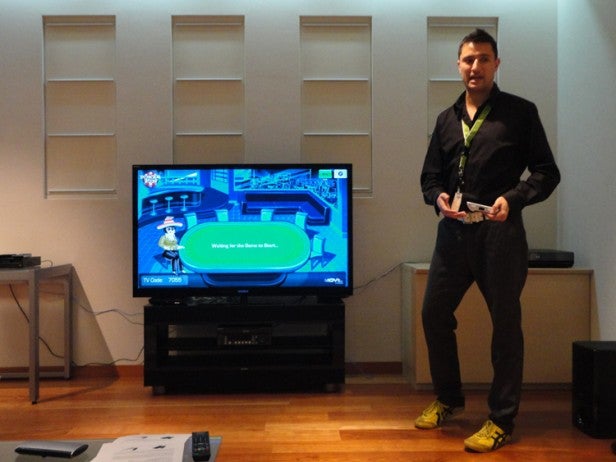 Both also provide welcome interface innovation (where Sony’s 2012 Bravia TVs do not), in the shape of a touchpad remote control for easier control of both the Google Chrome Web browser and the main Google menu system. There’s a full Blackberry-style QWERTY keyboard on the remote’s rear, and the larger Sony NSZ-GP9 even provides voice control.

During our hands-on, this voice system proved every bit as good as the one used in the recently-tested Samsung UE55ES8000, recognising even the most obscure phrases and words so long as you pronounce them carefully. The remote control also carries an accelerometer and gyro technology, so that you can turn and tilt it as a controller for online games. 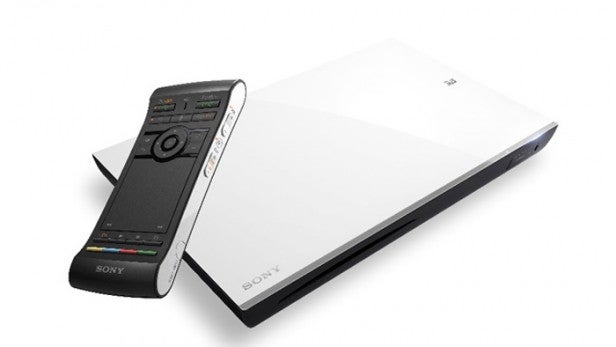 The Google TV boxes’  onscreen menus are pretty nicely done, using
high-res graphics of a comfortable size for typical household viewing
distances. Even the concept behind Google TV – to bring the Android ‘Smart’ marketplace to your TV – perhaps sounds appealing on first hearing. Especially given the amount of video service providers there are on there.

Sony hasn’t just badged a ‘straight’ Google TV box, either. It has also ensured that you get full access to the Sony Entertainment Network, with its video and music services, and the Google TV box ‘links’ the Sony and Google menus reasonably seamlessly.

Our lengthy demo session with the box even revealed a fair degree of sophistication when it comes to ‘overlaying’ services on top of each other, and it was also nice to see that the units’ abilities as a network receiver extend to MKV file support.

Given that a truly Smart environment like Google TV seeks to create is a pretty personal experience, with everyone liking their own favourites and apps, there’s yet more good news in that multiple user accounts are supported by both boxes.

As we said right at the start, though, while the long play we had with Sony’s Google TV boxes proved that they were technically quite impressive, we couldn’t shake a nagging sense that they just aren’t what consumers want.

For starters, research from the likes of industry analysts DisplaySearch has consistently shown that it’s a mistake to try and recreate a smartphone or tablet-like experience on a TV. People relate to their TVs in a different, more social, more video-centric way, and they just don’t want their TV experience cluttered up by an apps-laden Android-like interface.

Indeed, ironically Sony has so far pursued precisely the opposite approach to the Google TV box with its own Bravia Internet Video TV platform, focusing on providing a relatively simple, video-centric online service that has gone down very well with critics and consumers alike. 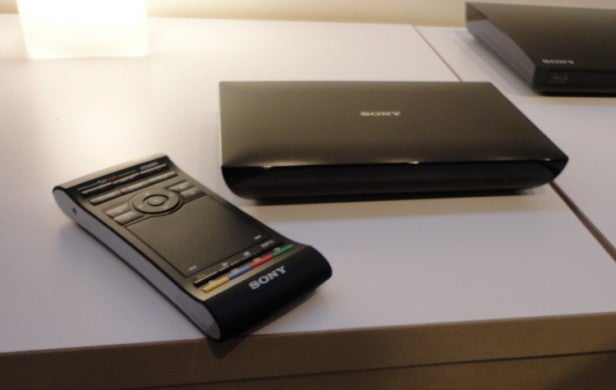 Another problem for Google TV boxes is that most TVs released this year already have Smart TV services built-in. These don’t have all the apps and Android ‘sophistication’ of the Google TV boxes, but content levels are getting higher day-by-day. And in any case, as we’ve already seen, not going the ‘full Android Monty’ with a Smart TV service isn’t necessarily a bad thing.

This leaves people who bought a TV a year or two ago sans Smart TV functionality the most likely customers for Google TV boxes. But, at the moment at least, research suggests that while online services on TVs are much appreciated once people have tried them, they’re still low down the list of reasons to buy a new TV. So it seems unlikely that many people will bother tracking down an external box to provide online services.

Build a Google TV engine into a TV, and it’s possible – though only possible given apparent consumer resistance to the very idea of a complicated Android system on a TV – that Sony might have a success story on its hands. And yes, it’s possible that longer time spent with the final review samples of the Google TV boxes when they arrive in the latter half of the year will change our minds. But for now, at least, we remain unconvinced.