When the Sony Alpha 7 cameras were first released in 2013 and 2014, there was criticism about the lack of available lenses and the sparse lens roadmap that Sony presented. However over the last few years, Sony has gradually increased its range of lenses for its full-frame E-Mount cameras, and at the time of writing they have just reached the 16 lens mark, alongside 1.4x and 2x teleconverters.. 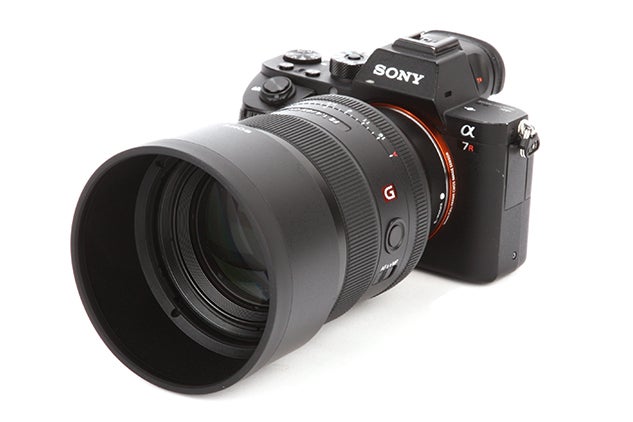 The Sony FE 85mm f/1.4 isn’t a small optic, as is illustrated here mounted to the Sony A7R II

While there is still room for the Sony FE lens range to grow, particularly with affordable optics, most of the key optics required by professionals are now available. This includes the recent Sony FE 85mm f/1.4 GM lens. This is part of Sony’s new G Master (GM) series of lenses, which is a premium range of optics designed to sit above its existing G series line up. This new range promises to be compatible with the next generation of high-resolution Sony sensors and 8K video, which means that these lenses should be able to deliver top performance on the latest cameras well into the next decade.

The 85mm lens will obviously be a popular choice for portrait photographers. The focal length is ideal for this subject on both full-frame and APS-C cameras, with a 135mm equivalent field of view on the latter. Moreover, the large F1.4 aperture creates a shallow depth of field that will throw a background nicely out of focus. 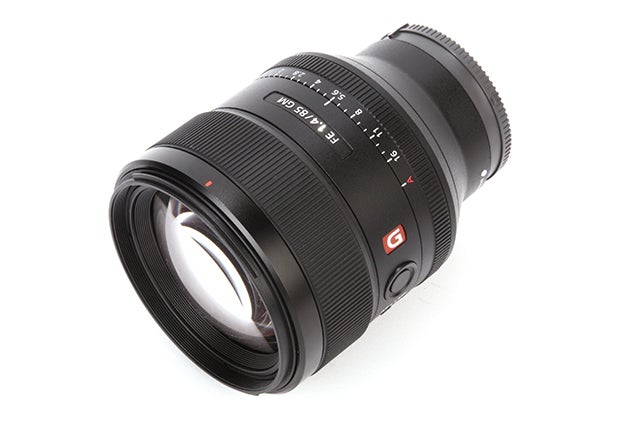 Sony has added a focus hold button below the G-Master branding.

The lens is constructed from 11 elements in eight groups, and contains one extreme aspherical (XA) lens element. The XA element is designed to create very smooth out-of-focus areas, as well as helping to reduce chromatic aberrations. At the press event for the new lens launch, Sony proudly told the assembled journalists that the surface tolerance of this element is just 0.01microns; in other words, it has an incredibly smooth surface. Sony also claims that the machinery required for such a high standard of production is currently used exclusively by them. Quite how much of this is fact, compared to marketing spin, is unknown; however the proof, as they say, is in the pudding, or in this case the performance of the lens. 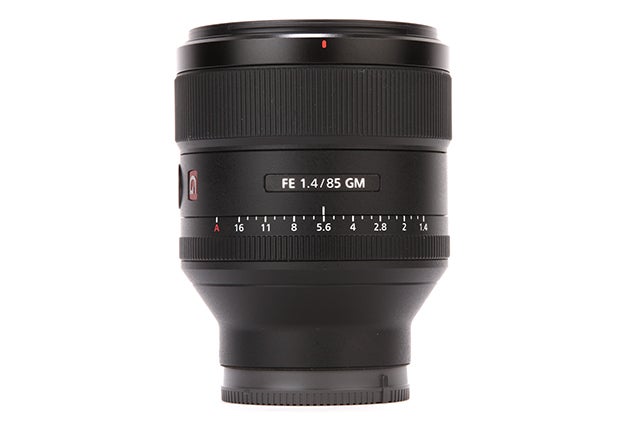 In the lens arrangement there are also three extra-low dispersion (ED) elements that minimise axial chromatic aberrations. Key lens elements are treated with Sony’s Advanced Nano AR Coating technology, which helps to suppress flare, reflections and ghosting, thereby improving clarity and contrast. In addition to this, the lens has 11 rounded aperture blades, which are designed to produce a circular aperture, and consequently create smooth out-of-focus areas that will be particularly noticeable in the highlights. 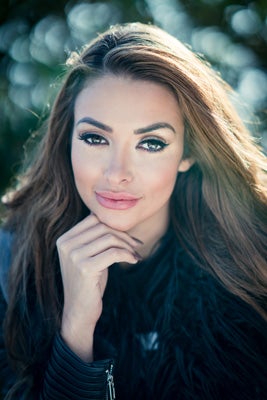 The depth of field produced at f/1.4 when shooting portraits is extremely shallow

Externally the lens has dust and moisture resistance. Obviously this isn’t fully weather sealing, but it should be able to cope with the odd splash of rain. The lens barrel features an AF/MF switch for quickly changing between auto and manual focus. There is also a focus hold button mounted on the side of the barrel, which can be easily accessed while handholding the lens. Photographers will love the fact that the lens has an aperture ring, while filmmakers will like the fact that the clicks of the aperture ring can be switched off to smoothly change aperture while filming.

One of the criticisms levelled at the Sony A7 system is that the lenses are about the size of conventional DSLR optics, if you compare like-for-like. While this is certainly true for the 85mm lens, which measures 89.5 x 107.5 mm and weighs 820g, we also need to remember that different photographers will buy cameras for different reasons, and that size and weight isn’t everything to everyone. In this regard, I had no problem handling and using the 85mm lens with the Sony A7R II. The combination felt comfortable, and I was actually glad I was saving a few grams compared to the extra weight of a DSLR. Did the combination feel unbalanced? No. This is a combination that you would always support with two hands: one is on the camera, while the other is on the controls on the lens, which themselves are placed at points that feel natural and familiar. Again, the size and weight may not be an advantage over a DSLR, but it is certainly not a disadvantage either. 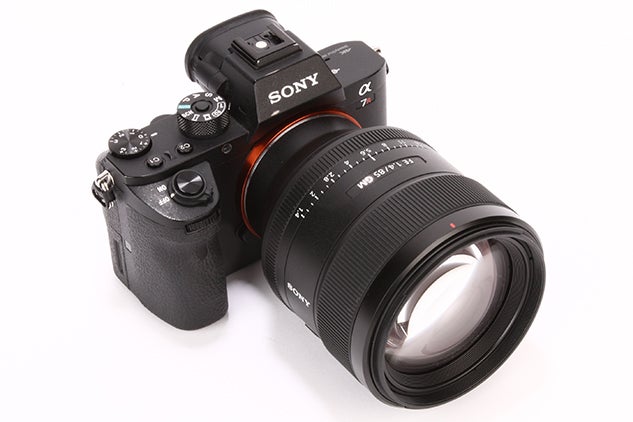 The Sony FE 85mm f/1.4 GM is a large optic but feels at home mounted to Alpha 7-series cameras

Overall build quality is excellent, and it feels like you are using a premium product.

The 85mm GM lens was obviously crying out to be used at f/1.4. It is probably between about f/1.4 and f/4 that this lens will see most of its use when shooting portraits, and you cannot help but be impressed with the image quality, particularly when paired with the Sony Alpha 7R II, as we did in this test. The depth of field produced at f/1.4 when shooting portraits is obviously very shallow, and when you combine this with a 42-million-pixel full-frame sensor, you need to make sure that your focusing is spot-on. It is the usual case that when shooting at f/1.4 the ends of the eyelashes can be sharp, but the eye itself is slightly out of focus owing to the limited depth of field. This happened a couple of times during our test, but it shouldn’t be seen as a reflection of the camera or lens – more a case of sometimes needing to stop the aperture down fractionally to create more depth of field. 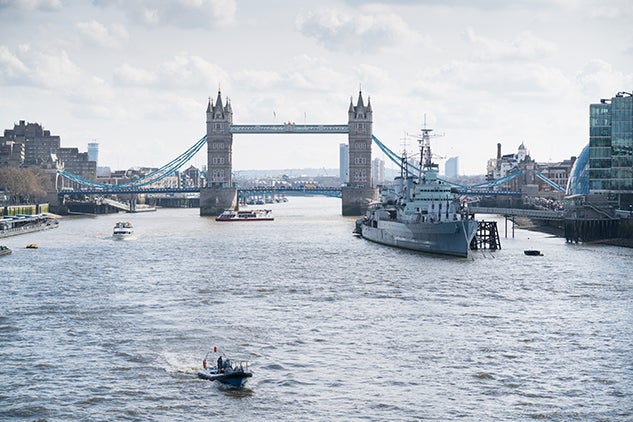 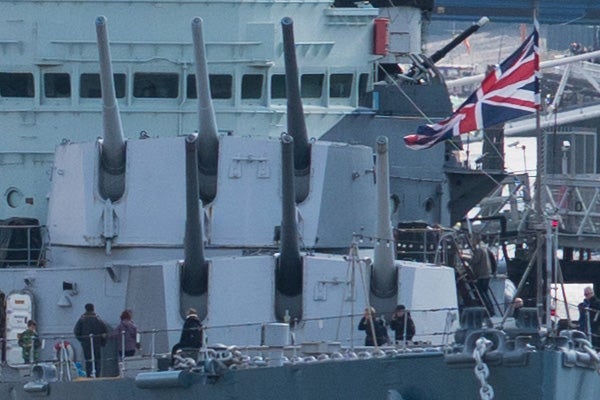 When the shot is in focus, you really know about it. A 100% crop of a 42-million-pixel image is completely unforgiving, but the 85mm f.14 GM lens has nothing to hide. There is a staggering amount of detail. Every tiny texture of skin, every eyelash, the markings of pupils – everything is revealed crisply, even at f/1.4, which isn’t even the sharpest point of the lens. A little colour fringing from axial chromatic aberration is visible in out-of-focus areas, but it’s not particularly intrusive.

Indeed at the very centre the 85mm f/1.4 looks as good as the FE 90mm macro lens, which is one of the best lenses we have ever had through our test facilities. It actually raises the questions: how much of the 90mm technology is also in the 85mm lens? If the 90mm lens was to be released now, would it have the GM designation? 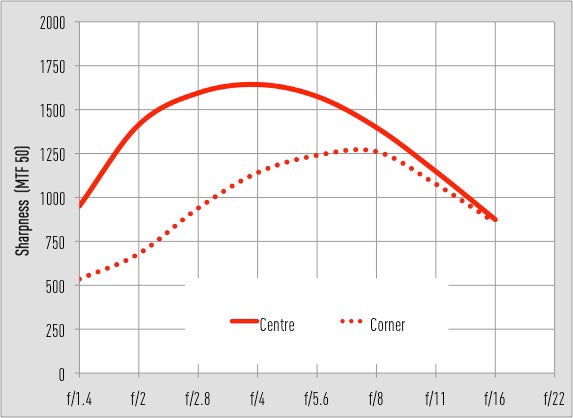 The graphs from our Applied Imaging tests show that the lens is impressively sharp in the centre of the frame at f/1.4, and gives exceptional results on stopping down to f/2. However when tested on the full frame A7R II, the corners are noticeably weaker, and you’ll need to stop down to at least f/4 if corner sharpness is desirable (it’s not usually important for portraits). As usual on full frame the very best results are seen around f/5.6-f/8. 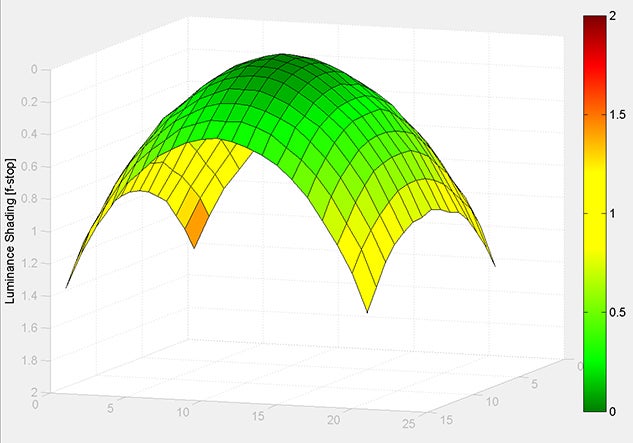 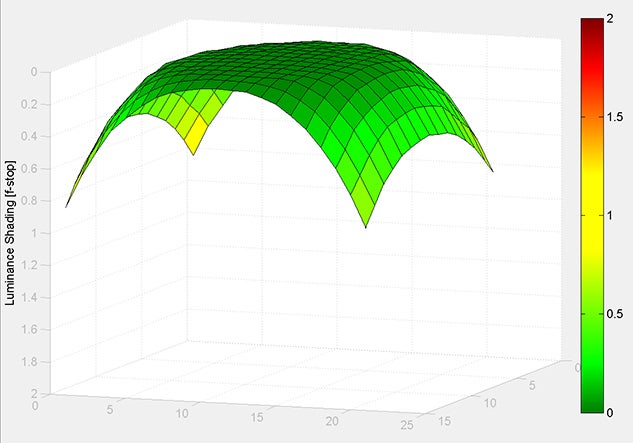 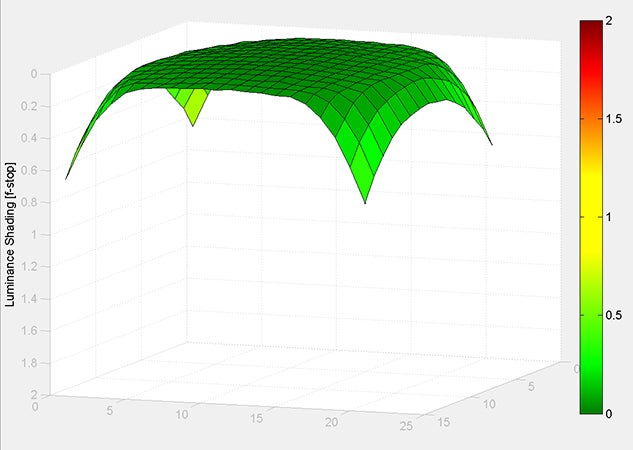 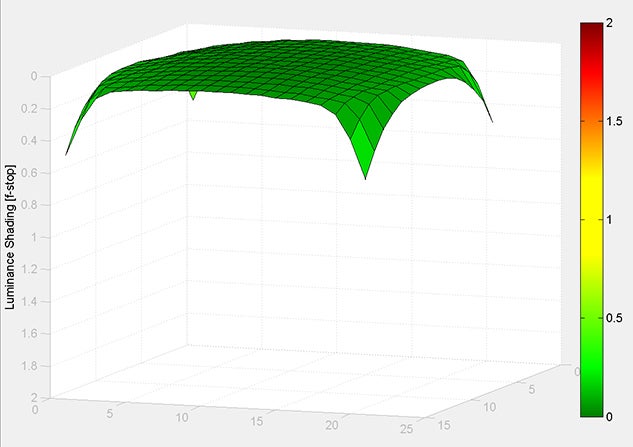 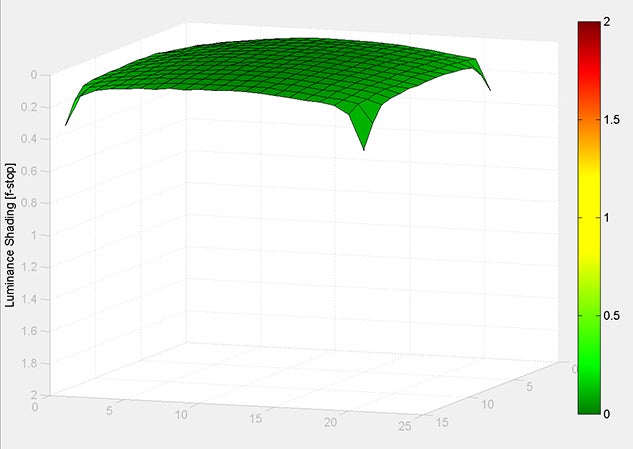 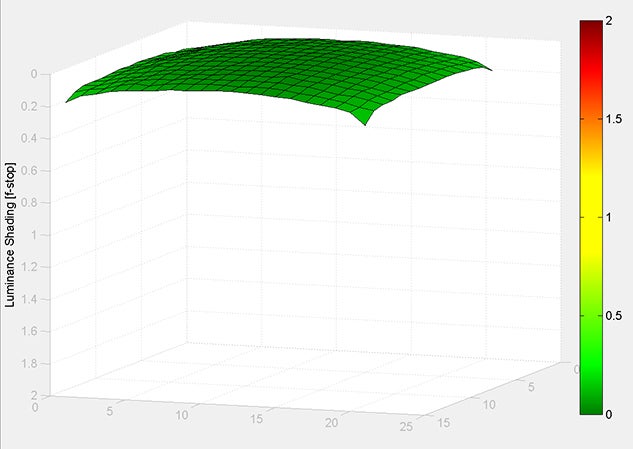 Fairly strong vignetting is visible wide open on full frame, with the corners of the image around 1.4 stops darker than the centre. This is no bad thing for a portrait lens, as it can help to emphasise the subject. Stopping down to f/2 reduces vignetting to less than a stop, and by f/4 it’s negligible. 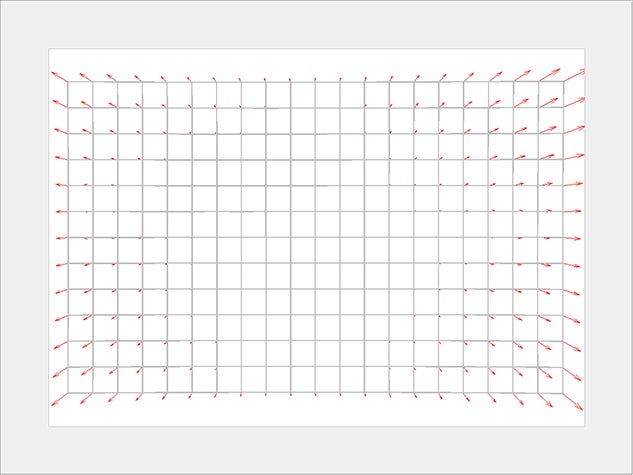 Our tests reveal that the 85mm is very well corrected for curvilinear distortion, with just a tiny amount of pincushion distortion detectable. This is exactly what we’d expect from a short telephoto prime, and it means that subjects should be drawn in a very natural-looking fashion.

Costing around £1500 the Sony FE 85mm f/1.4 GM is one of the most expensive 85mm lenses on the market, but it’s also one of the best. On the evidence of using it on the 42-million-pixel A7R II, I see no reason why it won’t meet the demands of even higher resolution sensors that may come on the market in the next few years, and from that point of view, it may make a reasonable investment. 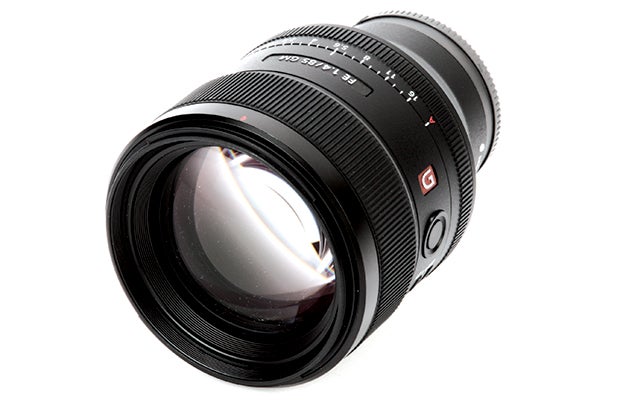 If you own an A7R II and portrait photography is your key subject matter, it is naturally a fine pairing. For everyone else, it is a premium lens at a premium price. But it provides a peek into what we may see trickle down in terms of image quality over the next few years. Hopefully Sony will produce a rather more affordable f/1.8 version with much more mass-market appeal.