Launching a new range of cameras is a brave endeavour, and all the more so if it makes use of a brand-new lens range. Persuading photographers to ditch their existing kit and take a leap into the unknown can be tough, and that is exactly the problem that Sony has faced with the launch of its range of full-frame Alpha 7 compact system cameras.

Making a series of key lenses available quickly was obviously going to be vital for the success of the series, and the 35mm, 55mm, 28-70mm and 24-70mm lenses that were duly launched shortly after the cameras helped to satisfy the initial needs of many photographers. Further expansion is still necessary, however, especially to cater for the needs of photographers who shoot with telephoto lenses. This is where the FE 70-200mm f/4 G OSS comes in.

Alongside the two fixed lenses and standard zooms, the 70-200mm offers a key focal range with wide appeal to a variety of photographers, notably portrait and travel shooters but also some wildlife and sports enthusiasts.

The key specification of this lens is that Sony has opted for a maximum aperture of f/4 rather than f/2.8. While a few photographers may be ready to dismiss the lens purely on these grounds, the reason for this choice is quite obvious. A large aperture means more glass, so a larger and heavier lens would simply dwarf the Alpha 7 cameras it is designed for, and go against the philosophy of having a small, light, full-frame camera. While the lens isn’t small, it is comparable in relative scale to a 70-200mm f/2.8 lens on an enthusiast DSLR.

Optical SteadyShot image stabilisation helps to reduce camera shake, so even at f/4 the lens should be usable handheld at a reasonable shutter speed, with a switch on the side setting the stabilisation to either normal or panning mode. Other switches on the lens include a 3m to infinity focus range limiter and an AF/MF toggle. 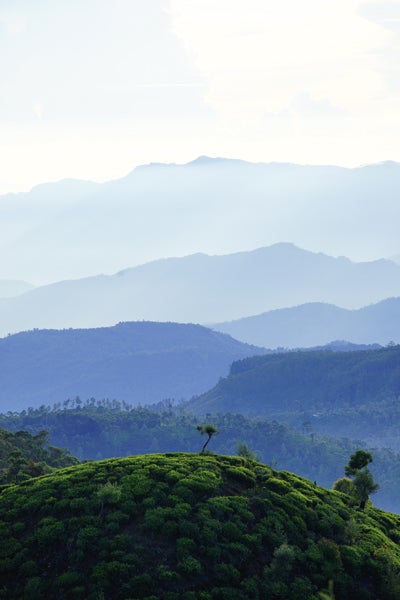 Image: I found the lens was also great for landscape images

Being such an important lens, it is vital that the production quality matches the expectations of the prospective users, and fortunately this lens is one of Sony’s premium models – as denoted by its G designation. The professional-looking white/grey finish gives this Sony lens an appearance similar to a Canon L-series optic, and it has the dust and water-resistance to match.

Weighing 840g, the lens feels extremely solid in the hand, and both the focus and zoom barrels are large and feature ribbed rubber grips that make them easy to turn smoothly and precisely. The catch – if you wish to call it that – is that manual focusing is electronic fly-by-wire, so a turn of the focus ring starts a motor to focus the lens. Those who prefer a truly tactile response may not be fans, but for the few times that most will use manual focus, I found it to be responsive enough not to be an issue. On the plus side, the lens focuses internally, so it’s no hassle to use a circular polariser on the front.

Autofocusing is fast and quiet, although I would expect it to be at its best on the Alpha 7, with its faster hybrid phase-detection AF system, than the slightly slower contrast-detection AF of the Alpha 7R.

As you would expect for a telephoto zoom, this 70-200mm f/4 lens has a tripod collar that loops on and is secured via a large thumbscrew. While the optical stabilisation does help to prevent camera shake, when the lens weighs much more than the camera, as is the case with this lens and the Alpha 7 series, mounting the combined unit on a tripod or monopod is always going to provide a better solution. 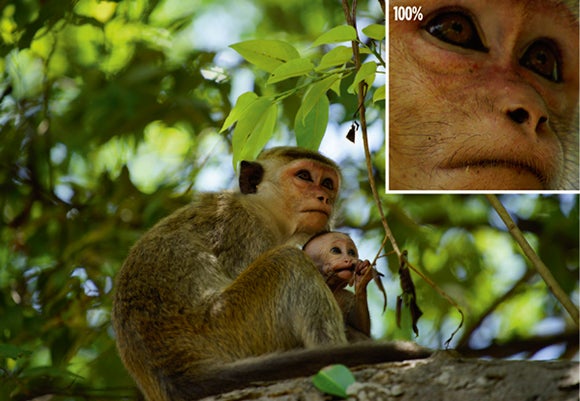 Image: The centre sharpness of the lens makes it a good partner to the Sony Alpha 7R

Overall, I was very impressed with the image quality of the FE 70-200mm f/4 G lens, which I paired with a Sony Alpha 7R for the duration of the test. The depth of field created when shooting at f/4 was more than satisfactory for most subjects, to the extent that I didn’t notice the fact that the lens doesn’t have a larger f/2.8 aperture. Similarly, the optical stabilisation worked excellently, particularly helping while I was shooting a heron on a beach just after the sun had gone down.

Using the lens with the Alpha 7R provides a further benefit. The camera’s 36.4-million-pixel resolution drops to 15.3 million pixels in its APS-C crop mode, and when used like this Sony’s 70-200mm zoom is given the equivalent field of view as a 105-300mm lens. 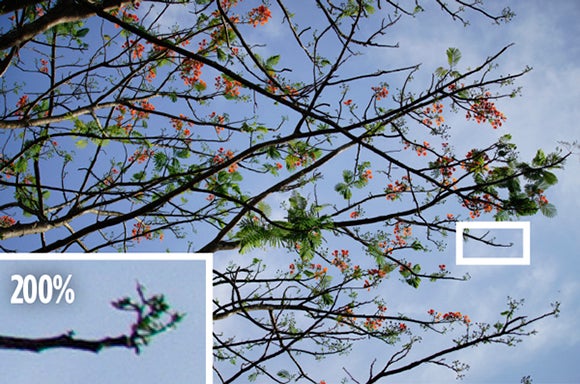 Image: Some chromatic aberrations are visible on high-edges, but these are easily removed 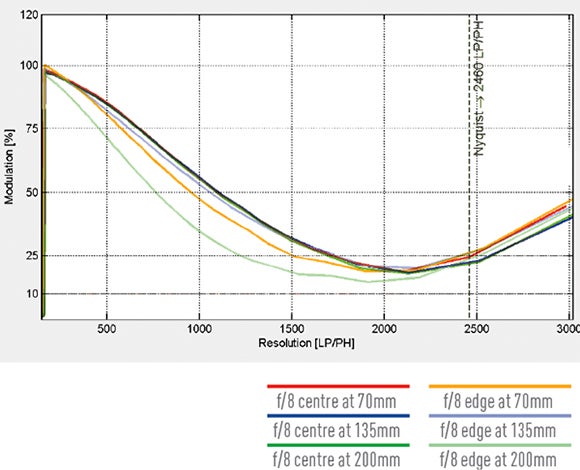 Although at 70mm and f/4 the vignetting is quite harsh at the edges, by f/5.6 it is only the very corners that really suffer, and by f/8 it is virtually non-existent. At 200mm it is a very similar story, although the vignetting isn’t as severe when shooting wide open. 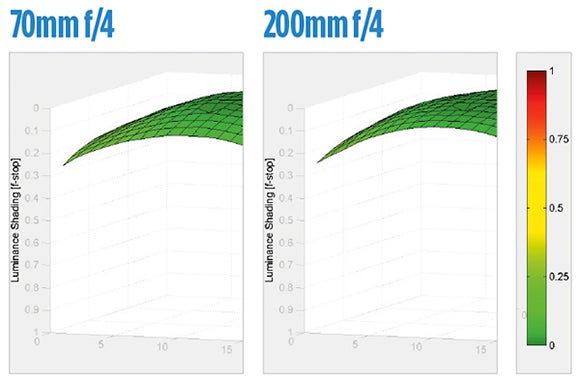 At 70mm there is some barrel distortion visible, although with the distortion showing just a -0.8% shift at its worst it is barely noticeable. By 135mm the distortion has switched to pincushion, being 1.7% at its worst. Pincushion also affects the lens at 200mm, although for a telephoto lens it is perfectly acceptable. 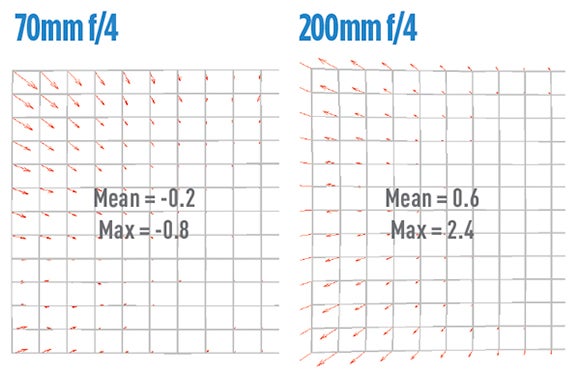 At first I was a little concerned about the size of the Sony FE 70-200mm f/4 G OSS lens, worrying that it would dwarf the Alpha 7R. However, while it certainly is not the smallest of lenses, it pairs well with the Alpha 7 cameras, offering a good compromise between size, weight and portability.

Optically, it is difficult to find fault with the lens. It combines well with the resolution of the Alpha 7R, and the few flaws it does have should present photographers few issues in real-world situations.

Although Sony is pitching the lens at wildlife and sports photographers, I actually think it will find as much of a home among travel and landscape photographers, particularly given the size and AF system of the Alpha 7 series.