A few of years ago music phones were just about the most exciting category of handset around, but the world has moved on a lot since then and now all the attention is focused on smartphones, especially now that you can pick one up on pay as you go for as little as a hundred quid. However, Sony Ericsson obviously thinks that there’s life in the old dog yet and so has come up with the Zylo – a Walkman-branded music phone with a slider design and relatively large screen. Available for around £85 on pay as you go, can this music phone really stand out from the crowd in this smartphone age? 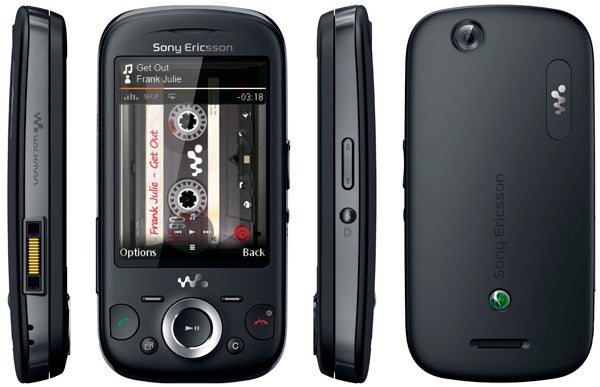 The Zylo’s design would have been cutting edge if it had been launched a couple of years ago, but today it, well, looks a little bit dated. It’s finished with a matt silver paint job, but the matt finish looks a bit cheap to our eyes. Nevertheless, the handset is relatively small and light measuring 103 x 52 x 16mm and weighing in at 115g. Also, the slightly curved rear helps make the phone feel quite comfortable in your hand when you have the slider open and the phone held to your ear.


The phone has a decent number of controls including a dedicated Walkman button on the right hand side to launch the music player. The central menu button also doubles as a play/pause control, but unlike some previous Walkman handsets there are no dedicated track skip controls and the headphone lead lacks a remote. 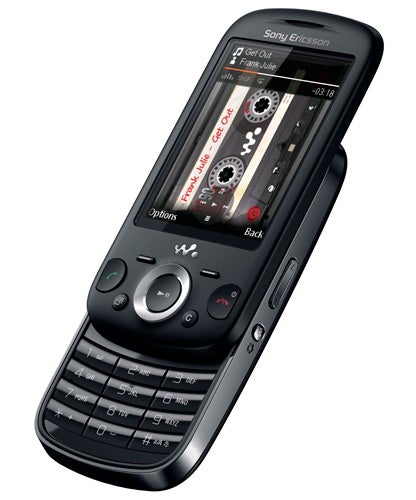 Nevertheless, the slider mechanism does feel both smooth and solid so we’d expect it to stand up to quite a bit of abuse. And when you slide the handset open you’re met by a keypad with large buttons that are very responsive and so ideal for those who are speedy texters.


One major problem with the design, however, is the lack of a standard 3.5mm headphone jack. Instead, the supplied headphones connect to the older style Sony Ericsson charging port. As the headphones aren’t a split design and there’s no standard 3.5mm adaptor cable supplied in the box there’s no easy way of using your own cans with the phone, which is hugely annoying on a music-focused handset.


For the display, Sony Ericsson has used a traditional 2.6in screen with a resolution of 320 x 240 pixels. While this isn’t really all that hot by the standard of today’s touchscreen smartphones it does the job here as the screen is very bright and thanks to its small size, text and graphics also look pin sharp.

If you’ve used an entry-level or mid-range Sony Ericsson handset in the last five years the Zylo’s menu system will feel familiar. Hit the menu button and you’re greeted with a traditional grid of friendly icons that give you access to stuff like the phone’s settings, Internet browser, contacts book and camera.


There are a few changes here and there, however. For example, on the home screen there’s a Media soft button that takes you to the Xrossmediabar interface, which you can use to browse through your photos, videos and music tracks. There’s also another softkey marked Search for quickly performing a Google search. Just enter some text and it’ll fire up the phone’s web browser to display the results. There are also applets for Facebook, Twitter and MySpace, and although these are somewhat limited in their functionality, they do have associated widgets that you can plonk on the homescreen. 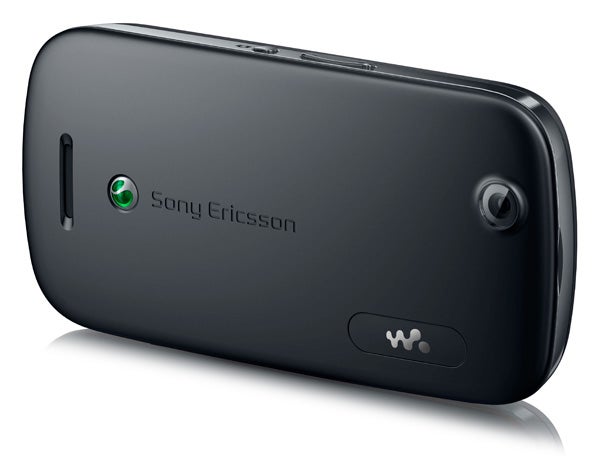 The handset’s browser obviously isn’t in the same league as those on the iPhone or Android operating systems, but it gets the job done and is reasonably fast at loading and rendering pages. As the Zylo has an accelerometer, when you tilt the phone on its side the browser automatically switches to a landscape view. The phone doesn’t have Wi-Fi onboard, but it does support HSDPA, so as long as you can get 3G reception, web browsing is fairly speedy.


Of course, as a Walkman handset its music player is perhaps the most interesting feature. The Sony Ericsson Walkman applet was one of the best music players around for a long time, but in this age of smartphones it now looks a bit dated. Still, it’s pretty easy to navigate as your tracks are sorted into the usual artist, album and track categories. Interestingly, along with the usual line-up of music formats such as MP3 and WMA, the phone is one of the few to support the FLAC lossless format. 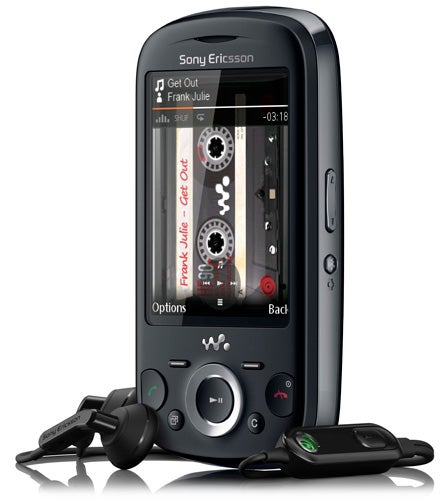 Unfortunately, the phone comes with a set of bud earphones rather than the isolating in-ear headphones that ship with Sony Ericsson’s pricier Walkman handset. The headphones actually sound good, but they’re not as comfortable to wear and don’t block out as much background noise as the in-ear ones do. The sound quality from the phone is rather good, too, as it can deliver deep bass and crisp high end while maintaining a solid mid range presence. And though the onboard storage of 260MB is limiting, a low cost microSD memory card can be slid into a slot hidden beneath the battery cover.


The handset’s camera isn’t quite as good as the music player, however. It has a 3.2-megapixel resolution, but it doesn’t have autofocus or a flash. The lack of a flash means indoor shots tend to look very dark and grainy, but the camera isn’t too bad when working outdoors. Colours tend to look accurate, although the sensor doesn’t capture as much fine detail as we would have liked.


As you would expect from a Sony Ericsson handset, the call quality was excellent. However, we found that its reception wasn’t quite as good as some other models we’ve tested recently, especially when it came to holding on to a 3G signal in marginal areas. On the battery front, Sony Ericsson reckons the Zylo is good for 4 hours of talk-time or around 16 days on standby. But for a mixture of calls and music listening we needed to charge it every two to two and a half days, which is average for this type of handset.


The Zylo is not a handset that is breaking any new ground as its design and user interface aren’t really any different to what we’ve seen previously on Sony Ericsson Walkman phones. However, if you’re looking for a traditional handset that’s easy to use, relatively inexpensive and has most of the basics covered, it’s not a bad option. That said, the lack of a standard headphone jack or even an adaptors cable to allow you to use your own headphone still jars with us, especially as the phone comes with Walkman branding. 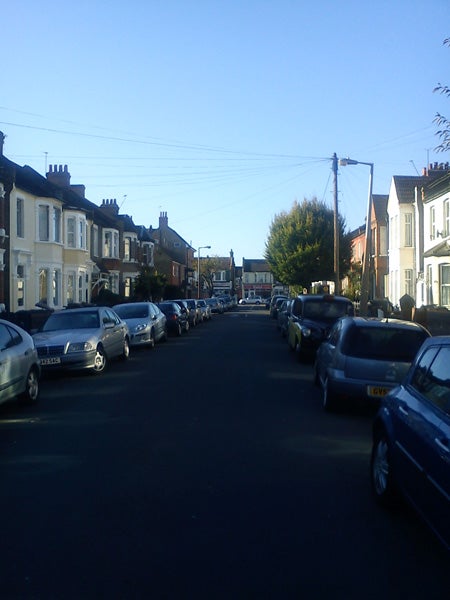 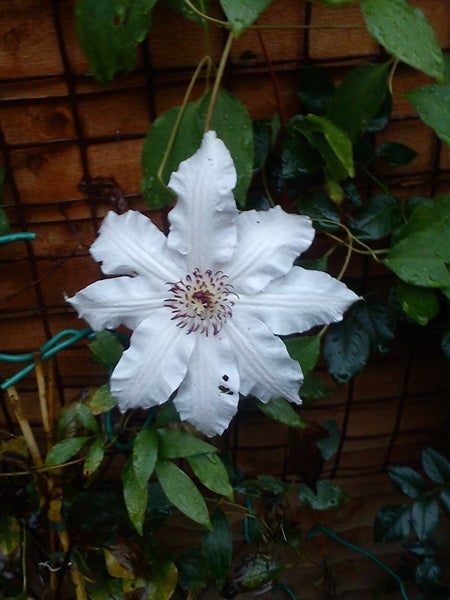 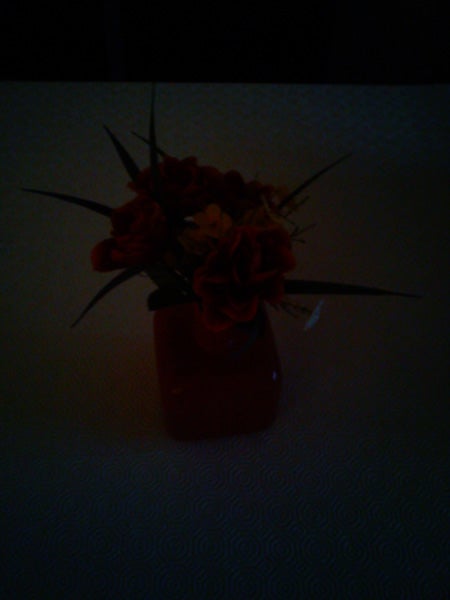