It’s fair to say the Nintendo Wii has been a phenomenal success and the vast majority of that success can be attributed to its revolutionary, at the time, motion controller. It’s thus no surprise that other companies have been falling over themselves to grab a piece of this apparently lucrative market. This makes sense if you’re Microsoft or Sony and you want to extend your existing games console’s capabilities but is the world really ready for gesture gaming on a mobile phone? Sony Ericsson thinks so and the first fruit of this less than obvious tangent in the mobile phone market is the Yari. Read on to see if we’ve been convinced.


Contrary to what you might expect given its gaming pretensions, the Yari isn’t a premium all touch-screen phone with a super fast processor like the 1GHz Qualcomm Snapdragon used in the HTC HD2 and Toshiba TG01. Instead it’s a relatively modest slider phone with a 2.4in non-touch screen that has a resolution of just 240 x 320. It’s not just that it’s a phone with modest pretensions either, it’s also clearly made to a budget. 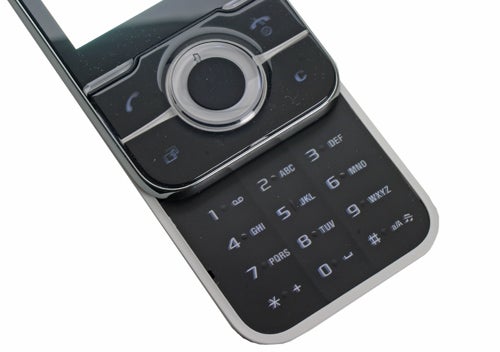 Most of the body is, as you’d expect, plastic but where other phones manage to pass off there build quality limitations with a bit of clever design, the Yari, simply looks and feels cheap. The most obvious culprit here is the keyboard that uses a single piece of thin malleable plastic to cover all the buttons, instead of using individual keys. While little raised dots mark each key, making touch typing still possible, it’s still a pretty poor typing experience. 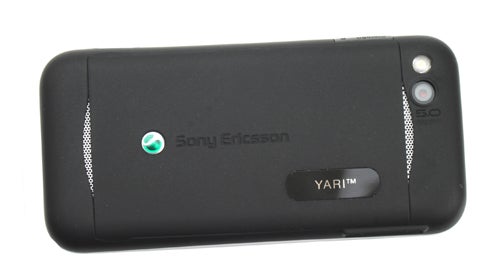 Also causing concern is the rather flimsy and unsecure back panel, the awkward volume control on the right edge, and the navigation keys. These consist of a D-pad ring, the centre of which is the selection button and four large black surrounding keys for call answer, call end/power, task manager, and delete/clear. Above these are two thin, clear soft-keys while a further two soft-keys sit above the screen. These serve a variety of functions while in games and both open the games folder when on the desktop. The problem, then, with these keys is that the large black ones are rather mushy and lacking in feedback while the thin clear ones are a tad difficult to press – particularly the top two.

The presence of Sony Ericsson’s proprietary charging/headset/USB connection socket is also of annoyance as it means there’s no dedicated 3.5mm headphone socket and spare cables for charging are always more of a challenge to find. Neither does the included headset have a headphone socket but instead it incorporates some fairly crummy earphones that are okay for taking calls but, mainly thanks to a lack of noise-isolation, are very poor for listening to music while on the move.

A more positive addition is a microSD slot that can be found on the right edge. You don’t get a card in the box but up to 16GB cards are supported and photos from the camera are by default stored on it, which is always convenient.


The camera itself can resolve 5 megapixels, which is one step up from the really basic units used on most smartphones and budget phones but is still relatively low by feature phone standards. It does, however, feature autofocus and has smile detection and panorama modes as well as an LED flash. There are also a number of scene modes including twilight landscape, twilight portrait, landscape, portrait, beach/snow, sports, and document. You can also specify spot metering and choose from a number of white balance presets. All told, there are enough features to set it apart from the most basic units.


Results, though, are okay but nothing to write home about. While detail and exposure are decent, colours are unnaturally muted and it’s very easy to end up with blurry results in low light. The LED flash does help somewhat in dark situations but its effective range is limited to less than two metres.


The Yari’s gaming abilities then essentially boil down to a dozen preinstalled games, four of which include gesture attributes. Specifically, bowling and tennis sims, a fitness game, and a version of the very popular PSP title, Loco Roco, all benefit from gesture recognition. 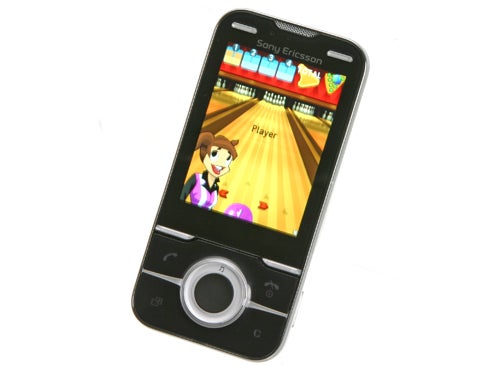 Starting with the bowling game, it’s played in much the same way as the Wii equivalent whereby you start off by selecting your character’s position and the direction in which to aim then you hold down the central D-pad button and swing your arm, letting go of the button at the point you would naturally release the ball. Instead of relying on the movement of your wrist before release, the trajectory of the ball can be adjusted as it’s rolling simply by tilting the phone left and right. It’s all rather crude when compared to the likes of Wii Sports bowling but it’s somewhat fun. You have to be extra specially careful you don’t take someone’s eye out or destroy any nearby crockery by accidently letting go of the phone, though – it’s very easy to do.

The tennis game, rather than using the accelerometers in the phone to determine movement, uses the front facing camera usually used for video calling. Just like in Wii Sports tennis, the characters move themselves and you’re just expected to make an appropriate ball striking action. However, with the game only having visual feedback to go by, any vague waft in front of the camera elicits a response meaning there is little to no skill involved. In fact, because the tracking seems to be a bit vague, it’s almost entirely a game of luck.


The same video tracking principle is used for the fitness game. It has three sub-games; The Squat, Repetitive Side Step, and Yoga and each one involves repeating or holding a single movement or position for a set amount of time. The Squat for instance involves you, unsurprisingly, repeatedly squatting down in front of the phone and standing back up again. Like the tennis game, though, any vague movement will trigger a reaction from the phone and besides which, it is entirely devoid of any fun or charm. 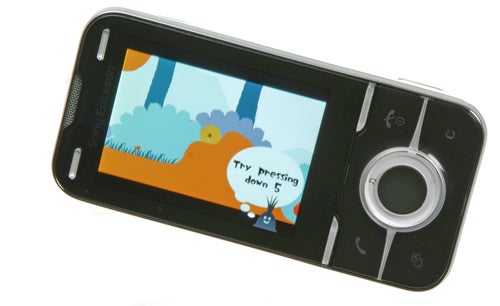 A much more successful game is Loco Roco as it’s genuinely suited to a mobile platform and is actually fun. It involves you controlling a bouncy, smiley, yellow blob (the eponymous LocoRoco) with which you have to roll (tilting the phone left and right controls your movement), and jump around a series of 2D maps collecting other coloured blobs and avoiding the occasional baddy along the way. With a soporific yet catchy soundtrack accompanying you along the whole journey, it’s something akin to Sonic The Hedgehog for toddlers. Yet, it’s incredibly good fun and a perfect example of the sort of game that all mobile developers out there should play and take inspiration from. Almost for this alone, this phone is worth it. 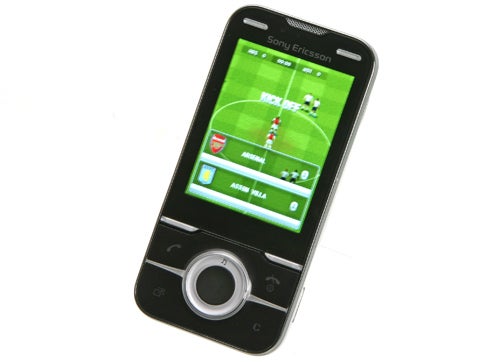 As for the none gesture involved games, there’s a reasonable version of FIFA 10, though the screen and controls are a little too cramped to really do it justice. You also get Tetris and one of the many Tetris-clone games, a god-awful guitar hero style affair, and a version of The Sims 3, which again is quite good but feels a little too cramped on a phone of this size.

So, the games are a bit of a mixed bag with all but one of the gesture based ones being quite poor and the rest being a welcome distraction but not enough that we’d actively want to return to them. It’s only really LocoRoco, then, that sets it apart from the competition. 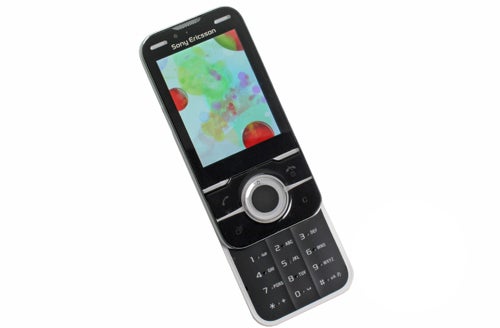 Looking at the rest of the phone’s functionality, it holds up quite well with the operating system feeling fast and intuitive and most of the essential features we expect of a modern phone being present. In particular, there’s push email support, and the web browser is fast and does a good job of rendering full pages properly despite the low resolution. This is a quad band 3G phone so mobile browsing is relatively quick and it’ll work throughout most of the world. However, Wi-Fi isn’t included so you won’t get the best browsing speeds while in hotspots, at home or at work. 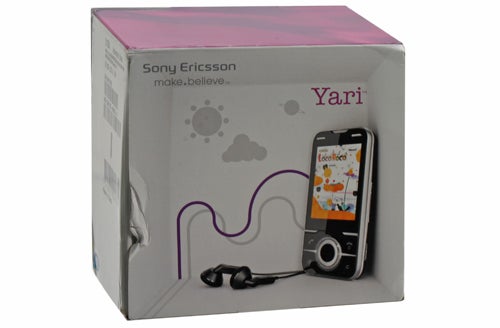 In terms of performance, we had no problems keeping a signal and call quality was entirely adequate. Battery life, on the other hand, is somewhat more difficult to gauge as it depends greatly on how much gaming you do. With LocoRoco being particularly addictive, you could easily find yourself playing for a couple of hours and as such you’ll probably have to charge your phone before taking it out again the next day. Overall, though, due to the small screen, battery life was pretty decent and you should easily get three days out of it.


The Sony Ericsson Yari U100i is marketed as a gesture gaming handset but in reality there’s nothing special about it. While it comes preloaded with 12 games, many of them are very poor and those that use gesture input just rely on the same accelerometers you get on countless phones nowadays. The one exception is the inclusion of the superb PSP game, LocoRoco, which is great fun. All told, though, there’s not enough here to convince us. Had Sony matched the gaming capabilities with a better phone with, in particular, a better screen, we’d have been more interested but as it stands we’d rather just buy a better phone and a DS or PSP. 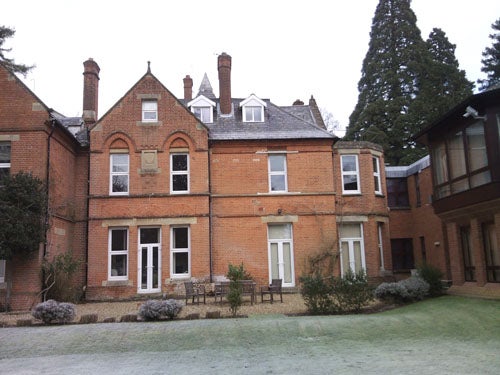 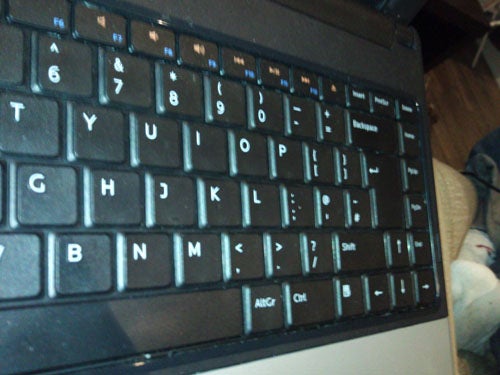 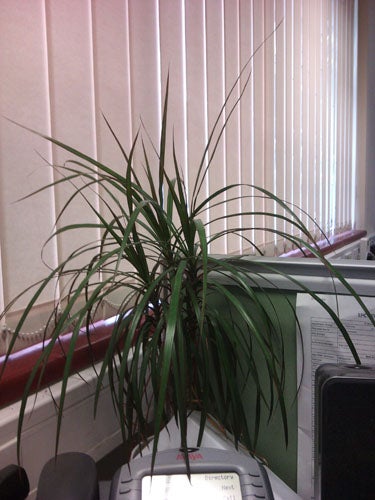 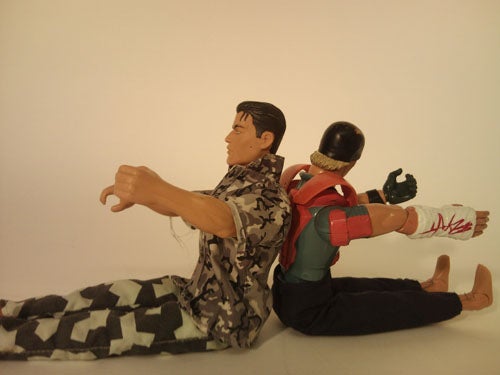