With an 8.1-megapixel camera, a 4.1in touchscreen, a slick-looking customised install of Google Android, and more internal smartphone goodies than you can shake a stick at, the Sony Ericsson Xperia X10 certainly looks on paper to be a barn-storming mobile phone. The question is: does it live up to its promise.

First things first, this is an elegant device thanks to an uncluttered symmetrical front, subtle chrome trim on the sides, and matt black plastic back – we particularly like the single line formed by the Sony Ericsson and Xperia logos, the camera flash, and the camera. We also immediately notice the presence of both a normal headphone jack and a micro-USB socket, which are features often (and highly annoyingly) substituted with a proprietary connector on Sony Ericsson devices. The flap over the micro-USB socket is a bit awkward and fiddly but it’s not a deal breaker. 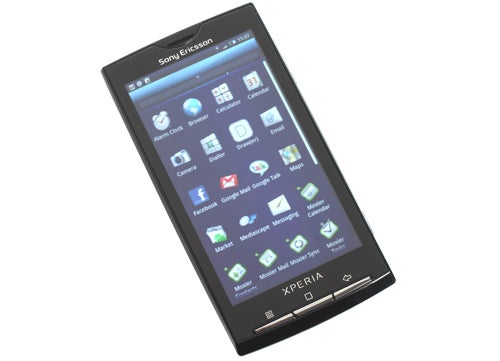 The number of buttons and their positioning also pleases. The front is home to just three buttons: Menu, Home, and Back. This is in contrast to many Android phones that include a button for opening the search function and either a D-pad or a roller ball for moving around the phone without using the touchscreen – features that are mostly superfluous though can come in handy if, say, it’s raining and the touchscreen isn’t responding properly. In an ideal world the Menu button could also be removed, as a well designed touch-based operating system shouldn’t need a hardware control for this, but this is a minor niggle.

An unlock/power button sits on the top edge and a volume/zoom rocker switch and camera button on the right. You don’t, however, get a hardware mute switch like you do on the iPhone – a feature we thought would have caught on by now.

So in terms of external features, the X10 holds up well but sadly when it comes to build quality it isn’t quite so impressive. This is largely down to a plastic screen, which instantly gives it a cheaper feel than devices like the iPhone 3GS and HTC Desire that use glass screens. Its buttons also feel rather mushy and wobbly, making them unsatisfying to press. Also, its pointy corners dig into your hand, which is a basic ergonomics fail!

Unlike the iPhone, the back of the X10 is removable (with a bit of effort) and underneath is the usual SIM slot and battery as well as a microSD slot, which again is something not always present on Sony Ericsson devices. It can accommodate cards up to 32GB in size – plenty for loads of music, photos, and videos – and you get an 8GB card in the box. There’s also a sizeable 1GB of onboard storage so there’s ample room for downloading apps. 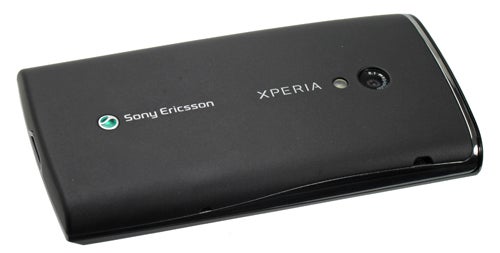 At 4.1in and with a resolution of 480 x 854 pixels, one of the big draws with this phone is its screen. It uses LCD technology rather than the much loved OLED so you do get some colour and contrast shift when viewed from an angle but it’s not so severe as to be at all distracting in everyday use. Likewise colour vibrancy isn’t quite as high as OLED displays but is still more than satisfactory for watching video, browsing the web, etc. Also, that high resolution makes it very sharp and you can fit loads of information onscreen. All told, it’s generally a joy to look at, fingerprints aside. 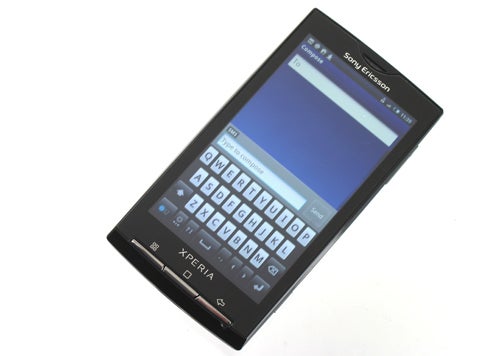 Things are less rosy when it comes to interacting with the display. While the touch-sensing is capacitive, it isn’t anywhere near as accurate as the best on the market. Using the simple touchscreen accuracy test pioneered by Moto labs, the screen showed highly erratic results with severe amounts of wavering. This is shown particularly when using the keyboard, as it’s nearly impossible to regularly hit the correct key. Some of this is due to the poor keyboard layout and its small spacebar, but mainly the screen simply doesn’t correctly sense where you’ve put your finger. It is, of course, pretty close and if you’re slow and careful it gets it right. Build up a head of steam, however, and you’ve no chance. We do at least like the software arrow keys for moving the cursor accurately through text. 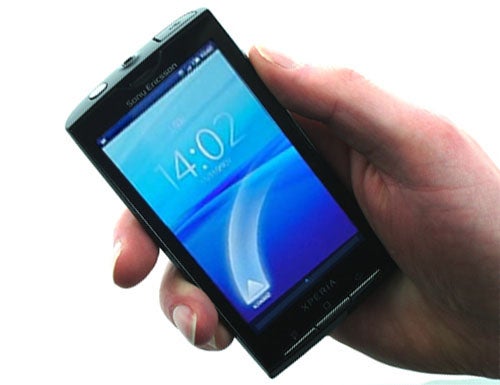 Being based on Android, most of the software and interface is pretty familiar but there are a few neat changes that Sony Ericsson has made. First, and it’s a simple one, is the unlock gesture. When you press a button, a quarter circle appears on screen, which you then slide your thumb along to unlock the phone. It perfectly fits the arc of motion of your thumb so feels completely natural, and you can flip the arc to be right- or left-handed. We also like most of the design tweaks that give the phone a cohesive and up-to-date feel – unlike the standard Android design that looks a bit drab – though we’re not sure about the limitation of just three desktops.

However, all is not rosy. For some reason Sony Ericsson has felt the need to replace the perfectly serviceable default media players with what it calls mediascape. This brings together photos, videos, and music into one app and adds in online services for music and photos. It’s supposed to be a slick integrated media platform but it simply doesn’t work. The music player requires far too much browsing around to get to what you want and is difficult to use thanks to small and unresponsive icons. The video and photos browsers are slightly better but they certainly don’t improve significantly over the standard Android versions. 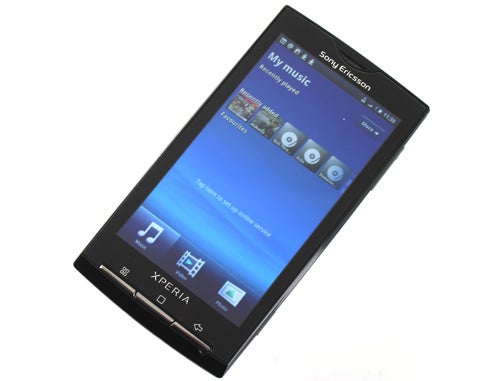 Another Sony Ericsson feature is Timescape, which is sort of the company’s attempt at social media integration in the vain of Motorola’s MotoBLUR but there’s more to it than that. You’re presented with a rolodex-style timeline of events that can be anything from an email through a Facebook update or SMS to the last song you played. You can then tap on an event to take a closer look. Slide the screen left or right and you can get to the individual feeds for each service and again drill down to get to the event you want. 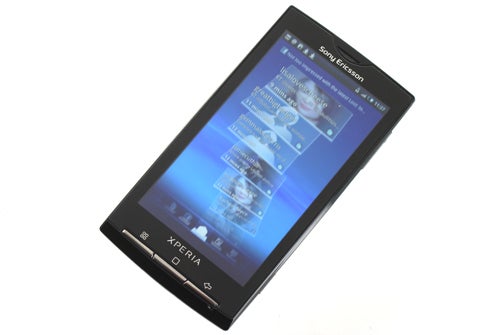 It’s a clever concept and to a degree it works quite well. However, the way it’s presented isn’t actually very practical as it’s difficult to see and highlight the event you want and all the swish animations make it run slowly. Also, there is still a part of us that thinks all this integration stuff isn’t necessarily good. We like using different types of communication for different purposes and like to have them separate so we know what we’re using and when. After all, you wouldn’t say in a Tweet what you’d say in text message to a friend.


Another problem is that the X10 is using the 1.6 version of Android, which is now severely behind the times. The latest Android builds have integrated Facebook, so you can add personal details and photos from this service to your phone’s contacts, along with many other improvements. There’s also no support for Flash video in the otherwise excellent web browser and multi-touch isn’t present either. Sony Ericsson will no doubt update the X10 with an Android 2.1-based firmware that will hopefully fix these other problems, but there’s no guarantee of when it will arrive. 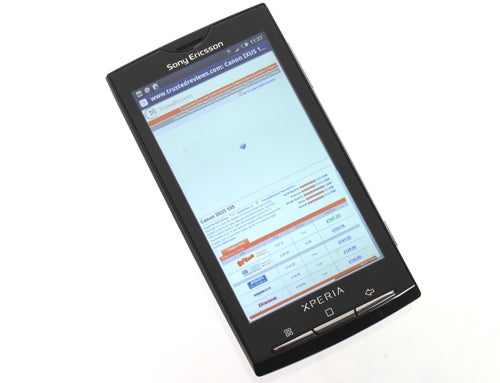 Aside from Timescape, the 1GHz Qualcomm processor beating at the heart of this phone keeps it powering along nice and briskly. It does have a downside, however: try as we might, we could seldom get more than a day’s use out of this phone before it needed recharging. By turning push updates for things like Timescape off and managing other data connections you might be able to push this to two days, but this is still poor.

The final standout feature on the X10 is its 8.1-megapixel camera and on the surface it seems to do enough to keep us interested. The application is quick to load; there’s a dedicated shutter button; the interface is slick and quick; there are lots of scene modes and capture modes including smile detection; plenty of focus options including macro, multipoint, and face detection; and there’s an LED flash. Photos viewed on the camera even look pretty decent (thus our more positive comments in the video). 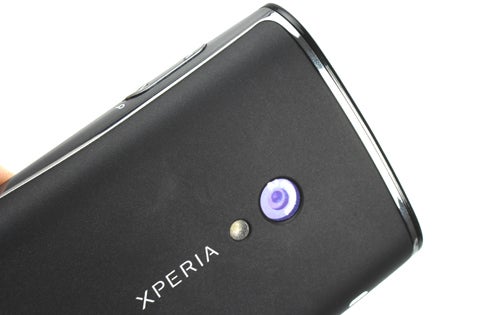 However, take a closer look and things are, well, wrong. Sure, those 8.1 megapixels get you a smidgen extra detail over your standard 5 megapixels but when the general clarity of these images is only really good enough for slapping on Facebook at about a 10th of the original size, it’s all completely pointless. Moreover, when the camera gets colours so wrong, as this one does, it doesn’t matter how much detail you’ve got; you’re still going to be disappointed. At least low-light shots suffer from less obvious sensor noise than some rivals. 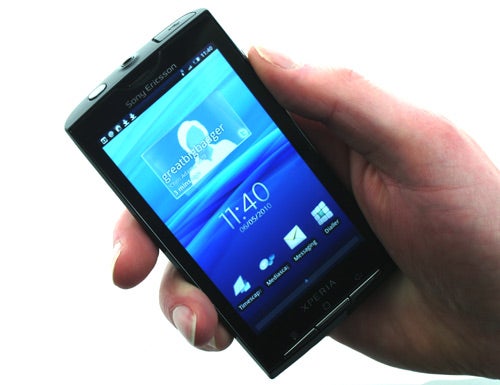 Video is also available and you can shoot at up to 30fps at a resolution of 640 x 480 pixels, which is enough for capturing quick casual clips. Although quality isn’t amazing, it’s at least at the level we expect of a phone.


When it comes to making calls on the X10, there’s further cause for complaint – volume is simply inadequate, making it difficult to hear the other person if you’re in a noisy environment. At least reception seemed to be fine.


We expected a lot from the Sony Ericsson Xperia X10. On paper it has one of the most impressive specifications of any modern smartphone. However, in reality it falls well short. Failing on basics like using a plastic screen, instead of glass, and having poor touchscreen accuracy are just unforgivable at this level. And when you add in software tweaks that add little to its overall usability you have a phone that sits well down the league table of top Android-based smartphones. 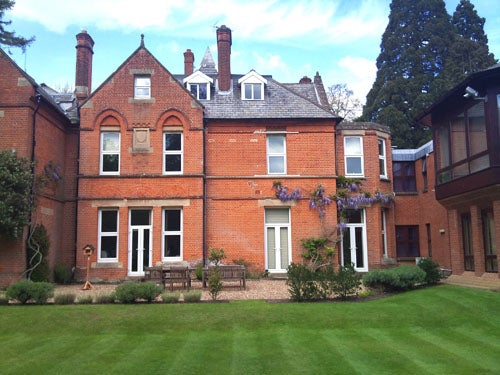 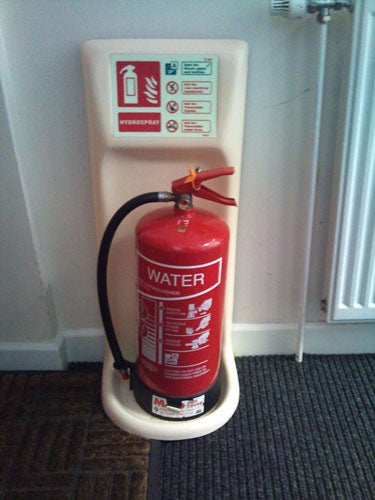 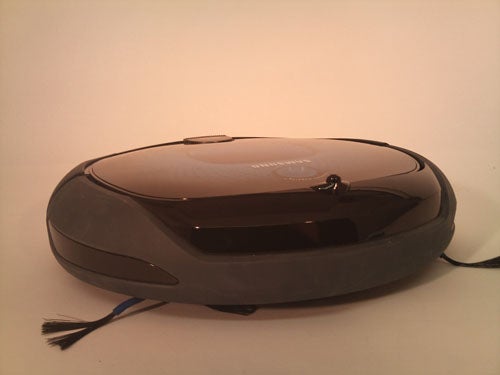