The Sony Ericsson Xperia ray is the company’s latest mid-range Android Smartphone, but it boasts some impressive specs including an 8.1 megapixel camera that allows you to shoot videos in high definition. It’s also smaller than many of its rivals, so is it worth splashing your hard earned cash on?

The handset is available in four colours: Gold, Black, Pink and White. We had the gold version in for review and while it definitely looked quite bling, it managed to not overstep the mark too much. The gold colour is used on the battery cover as well as the two vertical edges , while the rest of the phone is finished in glossy black. The handset is quite narrow by smartphone standards, measuring just 53mm wide. As a result it feels very much like a traditional candybar handset when you hold it in your hand, which is a positive in our book.

Naturally, the phone is driven primarily by its touchscreen, but there are a few physical controls dotted around the edge including the power button at the top, which also double up as a lock switch. On the right hand side you’ll find a volume rocker switch, while the front houses the home button as well as touch buttons for the back and menu controls. Sadly there’s no dedicated camera button, which is a bit of a shame. On the plus side, though, there is a standard headphone jack at the top, while charging and syncing are via a normal micro USB port.

The narrower form factor does help the phone look and feel quite small and slim, but it’s a bit of a problem when it comes to the screen. The ray has a 3.3inch capacitive display, but while its resolution of 854×480 pixels ensures text and graphics do look very sharp and crisp, on a display this ‘small’, its narrowness makes using the web browser feel quite awkward, and in portrait mode columns of text look just a little bit too thin. The onscreen keyboard is also very cramped in portrait mode – so cramped in fact, that by default Sony Ericsson has set it to a numerical-style keypad. You can easily change this in the Settings page, but the full portrait Qwerty keyboard is tricky to type on due to the limited space available. 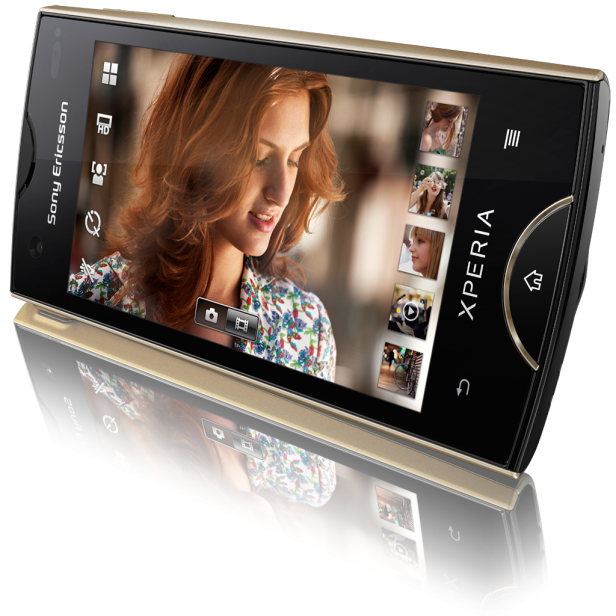 The ray runs on a 1Ghz Snapdragon processor and has 512MB of RAM. Speed certainly isn’t an issue as it zips through most tasks with ease. There’s 1GB of storage built-in, although only around 300MB of this is free for you to use, as the rest is taken up by the pre-installed apps and other gubbins. However, Sony Ericsson does include a 4GB microSD memory card as part of the pack, which provides enough room for storing music and video files.

Like the other models in the Xperia stable, this phone runs on version 2.3 of Android, and Sony Ericsson has added its own custom user interface over the top.

For example, you unlock the home screen by swiping a slide switch from left to right, in much the same way as you do on the iPhone. As with the vanilla version of Android, there are a number of homescreen panels that you move between by swiping let or right, and these can be populated with a range of different widgets.

Tap the menu button and you’re taken to the app drawer, which has had a bit of a make over. Apps are arranged across a series of sliding panels, and if you press the a button in the bottom right hand corner they start to jiggle, indicating that you can now move them around to re-arrange them as you like. A button on the bottom left also lets you automatically sort them by alphabetical order, most used or most recently installed. 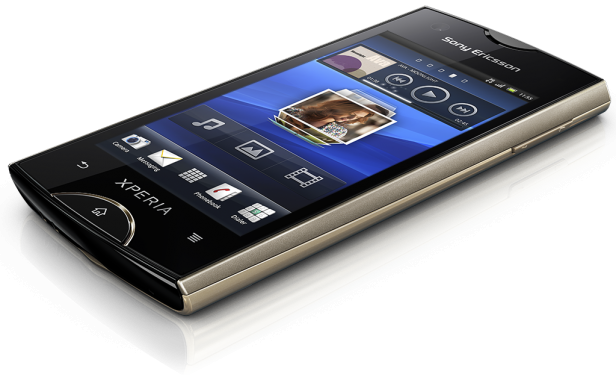 Sony Ericsssn has added a number of its own apps into the mix. These include a much better music player than the standard Android version. For example, in this app the Now Playing screen has a Like button that lets you post music recommendations to your Facebook page or you can hit the infinity icon to search for lyrics or call up the artist’s Wikipedia page.

You’ll also find Sony Ericsson’s Timescape application in the App Drawer. This is essentially a graphical, unified inbox that shows Facebook updates, missed calls and text messages as a 3D picture stack with text superimposed over the top.

Another neat feature is the way the phone’s media gallery pulls in pictures and videos from Facebook and displays them alongside content that’s stored locally. In fact, Facebook integration is tightly woven into the phone, as friends’ birthdays and other events are automatically added to your calendar.

There are plenty of other apps, including a uPnP media server that allows you to share content from the phone over Wi-Fi with other devices like Sony TVs and the PS3, as well as apps for Sony’s Qriocity Music and Movie subscription services.

The rear of the handset is home to the 8.1 megapixel camera, which also support video recording at resolutions of up to 720p (HD). The camera uses an Exmor R sensor, which Sony Ericsson says offers improved low light performance. Outdoors the camera works a treat producing images that are not only sharp and bursting with detail, but also managing to capture fantastically vivid colours. Indoors, under low light, the Exmor R sensor likewise seems to do the trick, as snaps have much less noise than we’re used to seeing from camera phone pictures. It fares less well when it comes to video recording, though. Colours look much more muted on video than they do in stills, and in 720p mode, videos lack the level of detail you’d expect from high definition video recording.

Call quality was excellent, though, and the ear-piece is surprisingly loud, which really helps out when you’re trying to make a call from a noisier environment, such as a busy bar. Despite Sony Ericsson’s claims that the handset uses a high capacity battery, we found that its battery life was actually quite poor. On a lot of days we struggled to get a full day’s usage out of it, and often had to recharge it by evening time, which is disappointing.

Verdict
The Xperia ray has many plus points. It’s very small and compact, produces great stills photos and a feels quick in use. The Sony Ericsson user interface tweaks to Android also look slick and work extremely well. However, the small screen makes it fiddly to use for web browsing, the battery life is poor, and the HD video recording mode is disappointing. 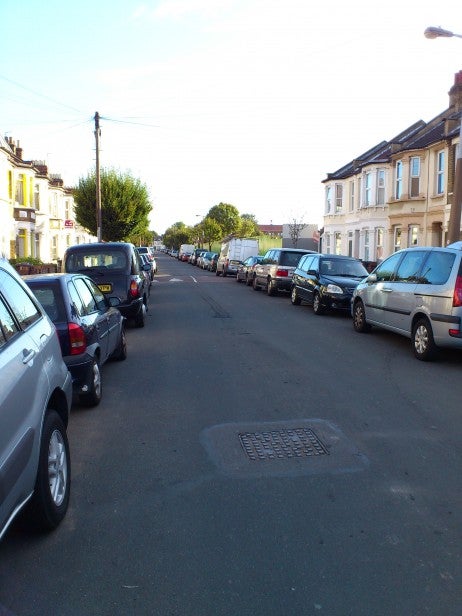 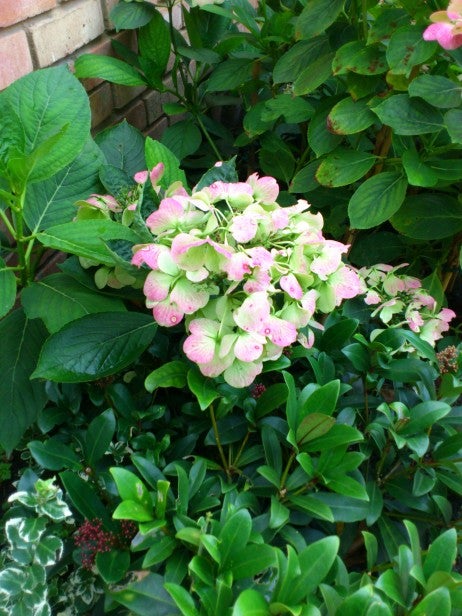 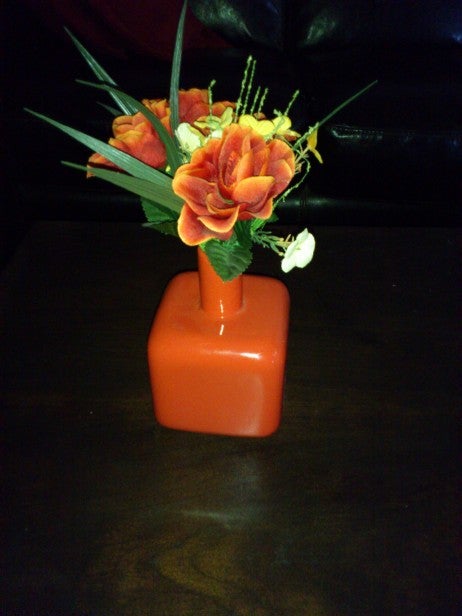