With a name like Neo, Sony Ericsson has given this phone rather a high pedestal to climb up to. Can this mid-range Android smartphnoe make the arduous journey or will it fall at the first hurdle? Read on to find out.

What immediately struck us about this phone is how much it looks like an Xperia Play, without the slideout game controls of course. It has the same glossy plastic body, chrome highlights, and curved form, which is simultaneously a good and bad thing. The general design is smart enough and the curve of the back makes it very comfortable in the hand but all those shiny surfaces really loose their lustre when covered in fingerprints, dust and scratches.

One area where it doesn’t take after its gaming centric cousin is in bulk. Without the game controls, it’s only 13mm thick (though in fairness the Play is only 16mm) and thanks to a smaller 3.7in screen it’s a more manageable device that sits comfortably in the hand, with the full expanse of the screen falling easily within reach.

For a relatively budget phone the Neo is rather well equipped. As well as the usual headphone jack and microUSB on the top edge, there’s a microHDMI for connecting your phone to a TV (unsurprisingly a cable isn’t included). We’re not a fan of the plastic flaps covering these ports though – they just get in the way. You also get a proper button for the camera that sits on the right edge along with the volume control, power / screen lock button and notification/charging LED indicator. Add in a front facing camera along with the rear 8 megapixel unit and you’ve got a phone that ticks all the boxes.

The controls all feel nice to use as well with a good discernable action and convenient placement. From a purely practical stand point, Sony Ericsson really has aced the Neo – it’s just that styling that holds it back. 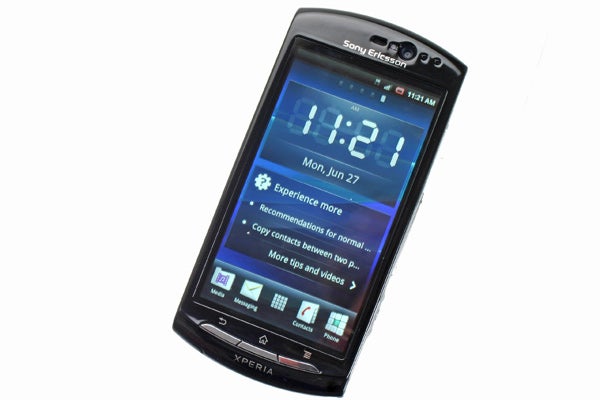 Sony Ericsson has been equipping its high-end phones with good quality high resolution displays for a while now and this trend continues with the Neo. Rather than the typical 480 x 800 pixel resolution, it comes with a 480 x 854 panel. Okay, so it’s only another 54 rows of pixels but that’s a total of an extra 25,920 pixels! The upshot is that the screen is sharp and packs in loads of detail, with no sign of blockiness. The quality of the panel isn’t the best with colours being a little off and viewing angles being a notch behind the best out there but overall it’s very nice to look at with vibrant, punchy colours and good contrast.

The Sony Ericsson Neo runs Android 2.3 Gingerbread, which combined with the phone’s 1GHz Qualcomm Snapdragon MSM8255 chipset makes it feel very snappy. It’s not a dual core chip so isn’t quite on the level of the biggest and best out there but in general use it feels very snappy and on the graphics front it can run all the latest 3D games, such as Guerrilla Bob and Reckless Racing.

We also gave the newly available Android version of Cut The Rope a try and it played wonderfully. In fact, it was noticeably faster than on the iPhone 4 when it came to loading new levels.

Seldom satisfied with leaving well alone, Sony Ericsson has tweaked the interface to make it stand apart somewhat from other Android handsets. The main homescreen view is pretty standard with a central main screen flanked on each side by two further ones that you can fill with whatever widgets, apps and folders you so desire. Running along the bottom, are the standard shortcuts to the App Launcher, Contacts, Dialler, and Messaging apps, joined by the Media folder which gives quick access to the Gallery, Music and FM Radio. You can of course change these to whatever you like though. Swipe down from the top edge and you’ve got the standard notifications screen. All pretty basic Android stuff, indeed we’re used to somewhat more ambitious tweaks from the likes of HTC.

What you do get, though, is an App Launcher split up into side-sliding panels, rather than one long list, and you can choose to have apps ordered alphabetically, by most used, by recently installed, or in an order of your choosing – just drag and drop the apps to where you want. We found it somewhat unnecessary but at least the option is there. 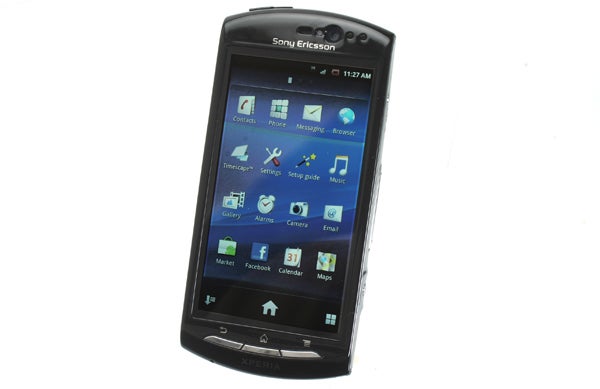 Another addition is TimeScape, which brings together your Twitter and Facebook accounts and integrates them with your contacts. There’s also an app that lets you see your friends’ updates as one long timeline, with the option to pick out just SMS, Facebook, or Twitter communications. A widget of this timeline is also available. Again, it’s a somewhat useful addition but it’s not a standout feature.

Otherwise, we’re talking about a typical Android phone with all the positives and negatives that entails. The interface is generally easy to use and responsive though is a little busy at times. Customisation options are extensive, though, with you able to add apps, or interface tweaks to your heart’s content. The app store is also vast with thousands of little doohickeys on offer, though as ever the quantity of quality apps seems to trail that of the iPhone, and finding the gems is a bit of a chore. 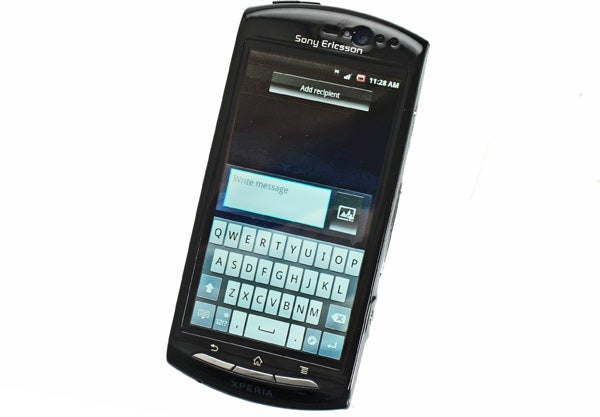 One potential cause for upset is the size of the screen. Even though 3.7in sounds reasonably large, because it’s a widescreen aspect, it’s taller and narrower than some. As such it can feel a little too narrow for comfortable typing on the onscreen keyboard. This isn’t helped by a peculiar keyboard layout whereby the third row of keys is unnecessarily narrow – you can see a sizeable gaps either side of the keys.

Web browsing is a breeze on the Sony Ericsson Neo thanks to an easy to use web browser with full flash support. As ever flash video can slow things down quite a bit but playback is generally smooth, and at least the option’s there.

We’re also impressed by the email client which includes a landscape mode that splits the screen into two panels – one for the open message and one for the full list of messages – allowing you to control the size of each panel. This makes it just that bit easier to quickly scan through a long list of emails. 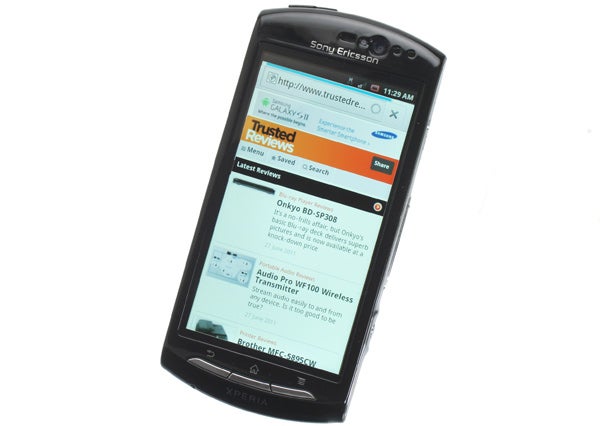 Sony Ericsson has added a few other apps including a music ID service that will pick out what track’s playing from listening through the microphone, a media discovery app which pulls links to music and video services from your social network feeds, and the PlayNow store that gives you access to premium games and other multimedia content. In other words, all stuff that we seldom found ourselves using. One feature we did like, though, is the LiveWire Manager that lets you define what app to launch when you either plug in the charger, a headset or a set of headphones – very neat.

An increasingly important use for smartphones is keeping up with watching your video collection and while the screen on the Neo is up to the task, the media player doesn’t cut it, failing to play divx and avi files. This will simply be a bit of a pity for some but a deal breaker for others, then again only the high Samsung Galaxy (such as the Samsung Galaxy S II) phones really stand out as being able to play anything and everything. 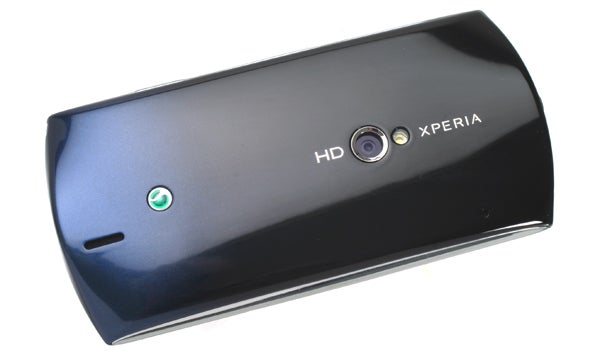 Capturing video of your own, however, is a breeze thanks to the excellent rear camera. Easily launched with a press of the camera button, it will capture decent looking 720p HD video in a flash, and there’s face recognition onboard as well. As for stills, it again performs very well, easily matching and generally out performing the majority of 8 megapixel phone models on the market. The only major bugbear is the somewhat underpowered LED flash, though this is significantly countered by the presence of a camera button.

Battery life and call quality both conformed to our expectations of an Android smartphone in so much as they were okay. A couple of days of light use is how long it’ll last between charges while the calling experienced revealed a somewhat weedy tone but more than adequate volume and clarity.

The Sony Ericsson Neo doesn’t set any new records but with a price of just over £300 SIM free, it’s not likely to. Indeed with key features like a high-res screen, a camera button, and front facing camera, it’s very well equipped for its calibre. However, while clearly reasonably competitively priced, it’s currently a little more expensive than the HTC Desire S, which is a much classier looking phone, so we might be tempted by that alternative. If and when the price drops below £300, though, it’ll be well worth a look. 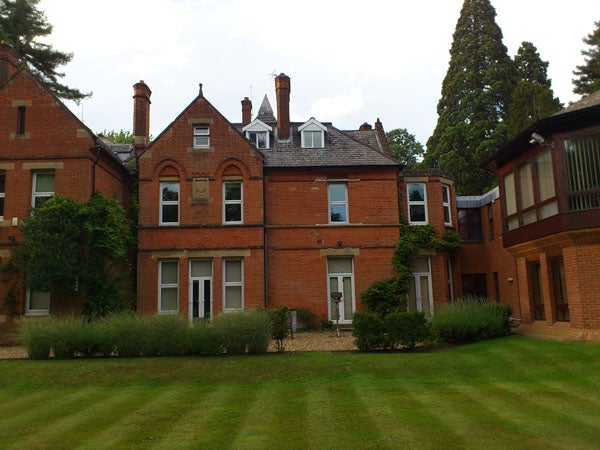 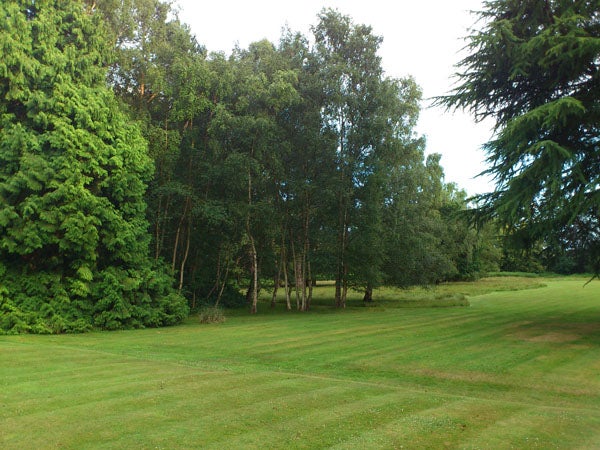 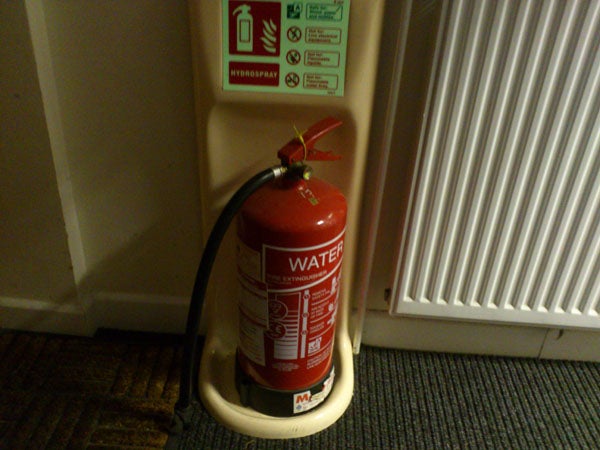 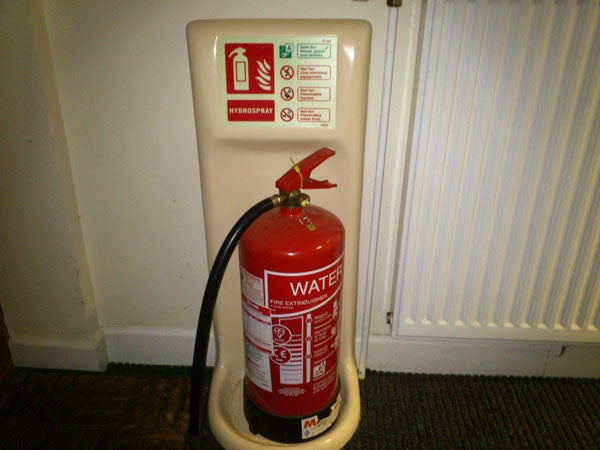 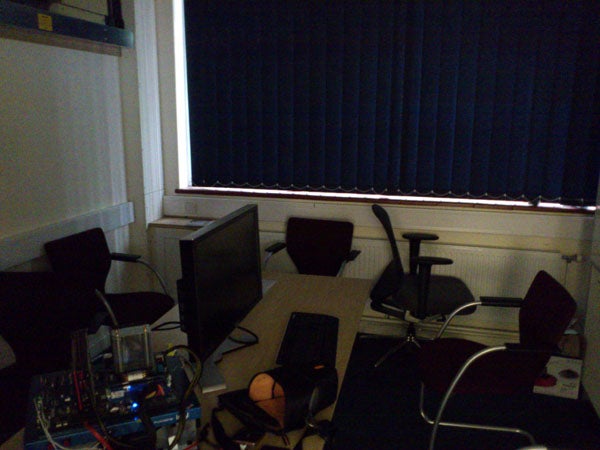 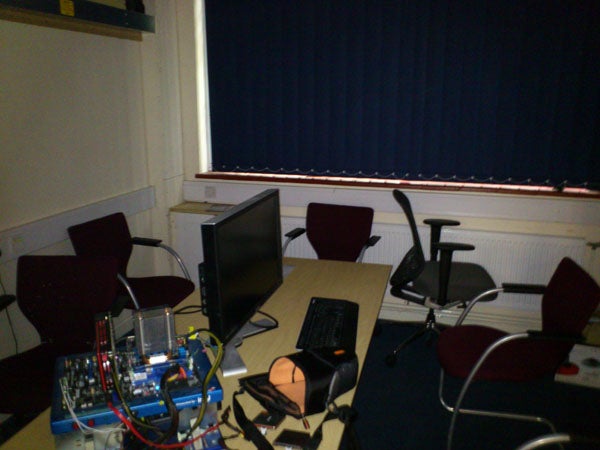